Over the years we have built up a large collection of print ephemera, minor publications and grey literature. Africa-published material and documents originating from, or dealing with the national liberation movements and solidarity movements are well represented and contribute to the uniqueness of this collection.

Box contents are listed in PDF files, available through our our library search tool AfricaLit Plus.

Direct search links to subjects within the country collection. 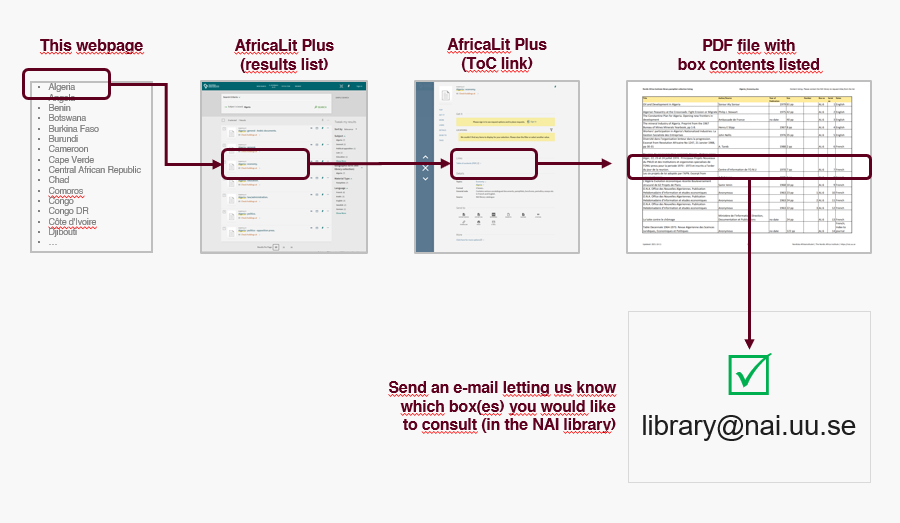 Box contents are listed in PDF files, available through our our library search tool AfricaLit Plus.

The content of the collection is searchable in AfricaLit Plus.

It is possible to limit a search to the actual pamphlet collection by choosing Advanced search, typing in a search term and then choosing Material Type: Pamphlets.

In each record in the result list, there is a Link to Table of content (PDF) where the item(s) can be found. Each record can contain several hits. For example, searching for Cabral results in 11 records. The table of contents of each record lead to an additional result of 100+ publications.

By far the largest portion of the collection has been divided according to countries and regions; each of these sections having then been further subdivided into subject areas. The amount of material available differs from country to country, although the bulk of the information in the collection concerns the following countries: Ethiopia, Kenya, Namibia, Nigeria, South Africa, Sudan, Tanzania, Tunisia and Zimbabwe.

Under each country or region, the main subject headings in use are: agriculture, anthropology, development projects, economy, national liberation movements, politics, religious institutions and solidarity movements. Documents concerning the economy of South Africa can be found under South Africa: economy. Sometimes, however, it is easier and more natural to find certain documents under the organisation or institution by which it was published, rather than by subject. This means that documents concerning Shell in South Africa, for example, could be filed under politics or economy, although they are more likely to be found under solidarity movements or religious institutions, which have published such a vast amount of such material.

Under the category general - specific for each country - miscellaneous facts about that particular country can be found: geography, bibliographies, and documents concerning more than one subject. In cases where there are not enough documents on a particular subject to justify having its own box, the items have been filed under a related subject. In the case of certain countries, the documents available are so few that they have all been filed under general.

A second, smaller part of the collection has been divided into subject headings that are not country specific. This latter section represents a wide range of subjects pertaining to Africa and African affairs such as health issues, mass media, gender issues, and migration.

In 2002, the material was organized in over 700 boxes and classified in a system of over 500 subject files to facilitate access. Each box contains some 10 to 100 items. Although subject files were made searchable through the online catalogue, it was not possible to search and find individual items in the collection.

In 2017-2020 we were able to set up a project to enhance the searchability of the collection. A content list of each box was produced and uploaded as searchable PDF files in the library search tool AfricaLit Plus. Approximately 25000 items are searchable, thus adding to the visibility of the library collection. 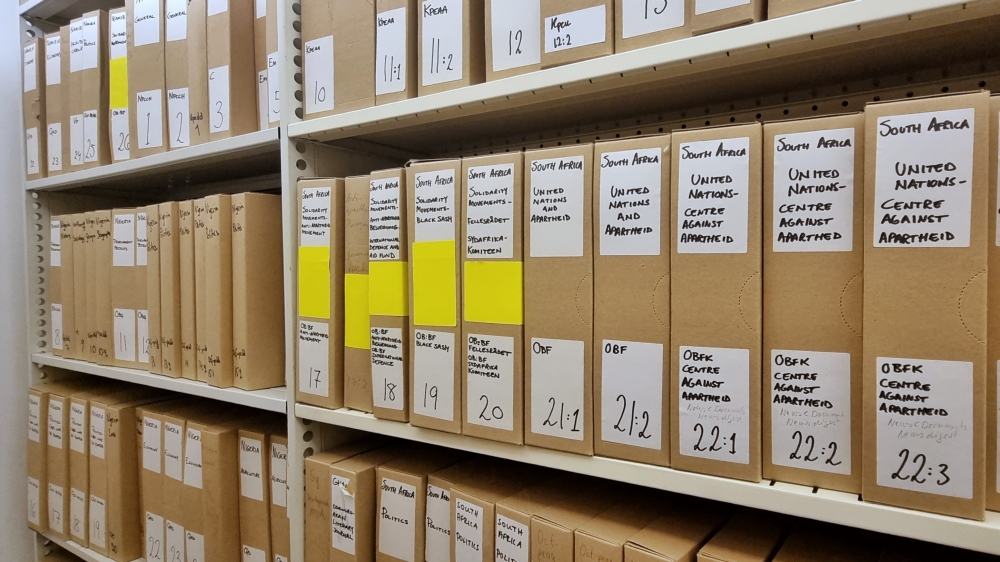 Parts of the pamphlet collection in the stacks at NAI in 2022. It consists of 700+ boxes in total. 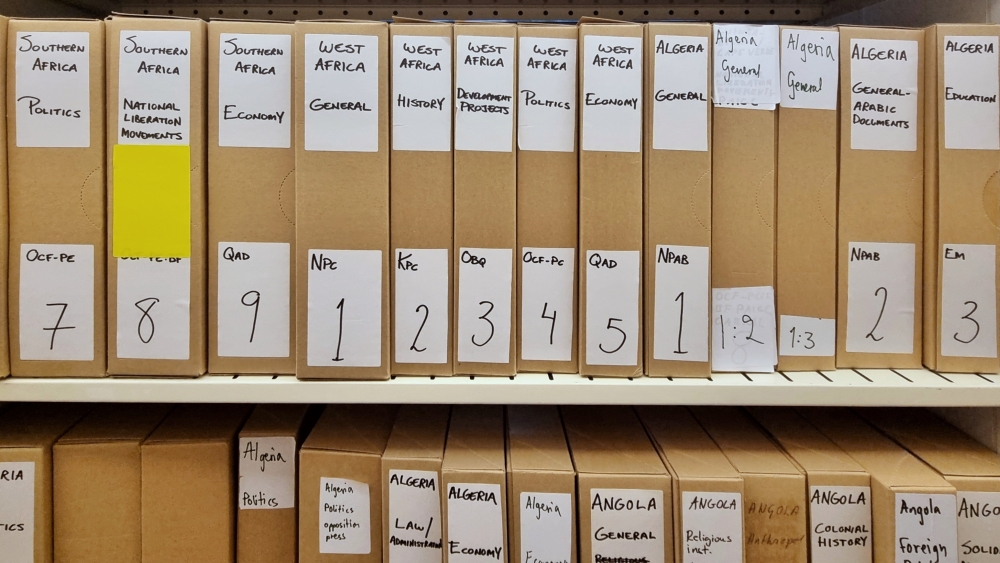 The main part of the pamphlet collection is geographically sorted, with a secondary subject sorting. 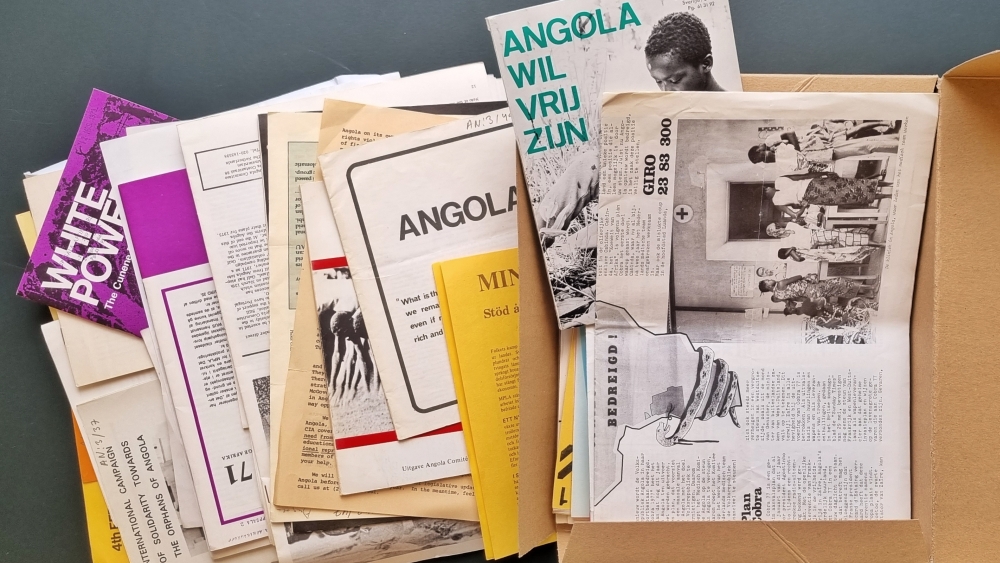 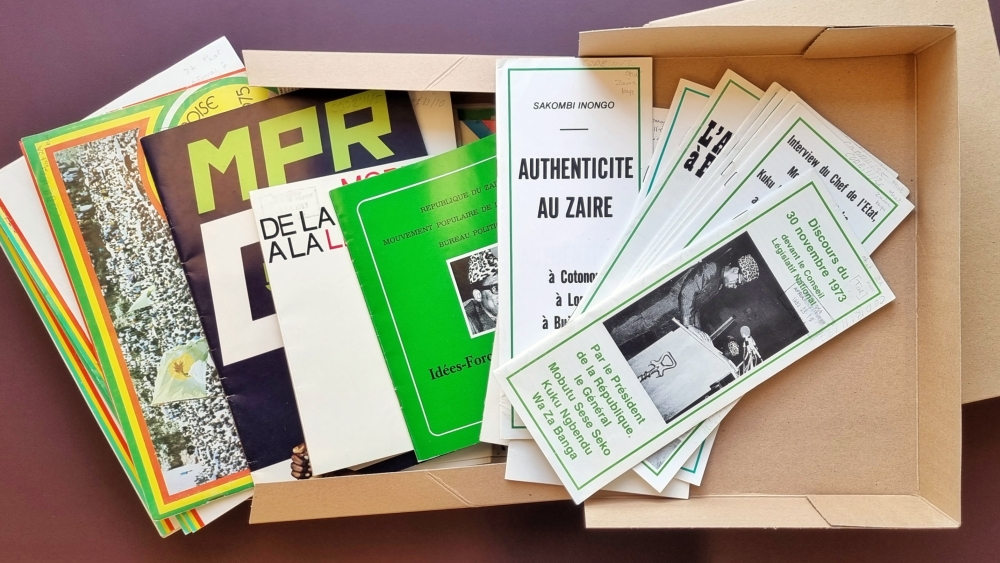 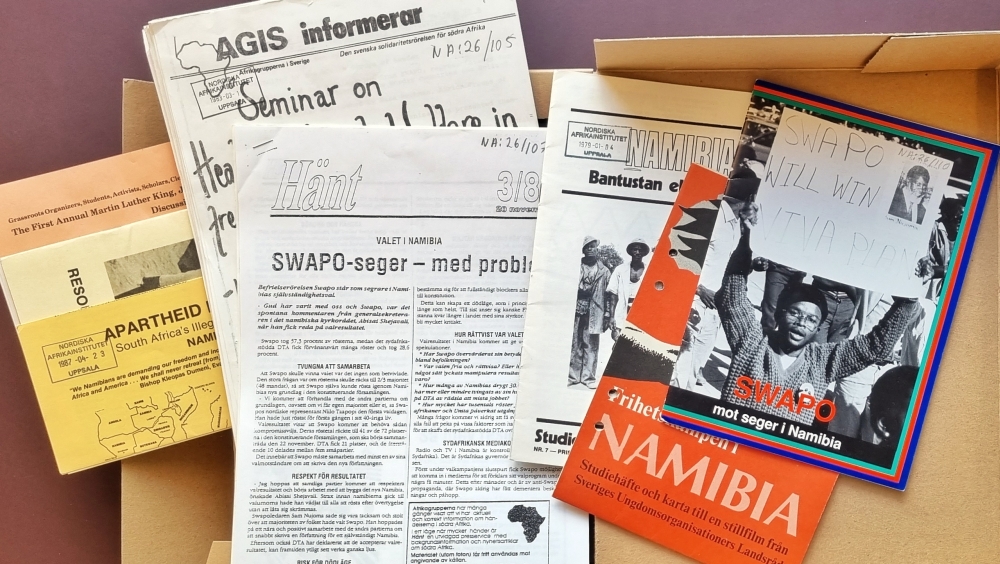 There may be paywalls to reach the full text of articles. This list is primarily for documentation.