The interview was conducted by Proscovia Svärd in Reykjavik, 24 October 2008. 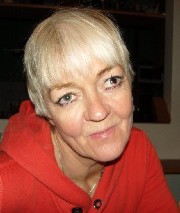 Proscovia Svärd: Can you kindly tell me about your engagement in the liberation struggles of in Southern Africa .

Birna þórdardóttir: What concerns me as an individual is that I was a member of a political organisation and we were thinking all the time internationally. Being citizens of Iceland and Iceland being a member of Nato, made us in a way responsible for what the countries of Nato were doing in other countries, that is, what they were doing in Africa and Asia. I started my activities in 1968 when the Vietnam war and apartheid in South Africa were going on. Those were the two main things and then in 1973 it was Chile and the murder of Salvador Allende. All because of the USA and Israel activities. Being an activist, made me think not only about my being in Iceland but like a member of bigger community, I had to be responsible. I can’t be responsible for what the government of Iceland was doing but I was responsible for my thoughts and actions. I look at the possibility of an individual as the most precious thing. We most value the capabilities of individuals without looking at colour, religion, gender and sexual orientation. We must consider individuals as individuals.

Proscovia Svärd: I understand from the information that I have gathered that you were quite an instrumental figure in most of the happenings here on Iceland. You have been referred to as a person who has always been around and who has always protested against injustice. What actions did you participate in as far as the anti-apartheid movement was concerned?

Birna þórdardóttir: It may not have been special demonstrations because of South Africa but they were part of our international struggle and in my organization, we were very active towards the Portuguese colonies i.e. Mozambique, Angola, Cape Verde and Guinea Bissau and also South Africa. What we tried to do was to write about the wrongness of apartheid and those who were responsible for it and also economically, what we could as individuals was not to buy South African goods. We demonstrated against South African goods. May be we did not do much but when everyone is doing something it counts.

Proscovia Svärd: I understand from the interviews I have been carrying out that the Icelandic government of that time was very conservative. Do you agree to that statement?

Proscovia Svärd: What role did your activities play in having a change of opinion as far as the Icelandic people in general were concerned?

Birna þórdardóttir: I don’t know really, I can’t answer that. It is very hard to say.

Proscovia Svärd: Did your activities contribute to a more sympathetic attitude towards the liberation struggles?

Birna þórdardóttir: What we tried to do was to create awareness and then people started to think and when people do that then they try to do something.

Proscovia Svärd: What was the role of the media at that time?

Birna þórdardóttir: The conservative paper which is still being published under the same name today which is “Morgunbladid” never accepted any articles on apartheid or saw anything wrong with it. They never wrote anything about the connections with the ruling white minority in South Africa, connections with Washington and with Israel. And today, it is the same thing. The biggest lie is not in what you say but what you don’t say!

Proscovia Svärd: So the newspaper is still conservative as it were in the past?

Birna þórdardóttir: The newspaper is still conservative but not in the same way. It has broken the official ties with the Conservative Party and does not have the same importance as before. The journalists there are not all politically “correct” meaning obeying orders, but there is still the habit of not telling – i.e. “it did not happen”! Anyway the newspaper is broke – and I don’t cry over it!

Proscovia Svärd: Were there any youth organizations that were involved in the anti-apartheid struggle?

Birna þórdardóttir: In 1968 I was 19 years old and in the following years the active organizations did not lable themselves as “youth organizations” – the only youth organizations were those of the political parties, but they were more like a waiting hall until you went to mama and papa in the real world – meaning The Party!

Proscovia Svärd: What type of organizations did you have?

Birna þórdardóttir: It was kind of Troskyist/anarchist organization. We were funny but I liked it.

Proscovia Svärd: From what I gathered even these youth organizations were divided under different ideologies. What were you?

Birna þórdardóttir: There were Maoists but I was never part of that.

Proscovia Svärd: What were you?

Proscovia Svärd: Did you ever collect any documentation? I was talking to Sigthrudur Gunnarsdóttir and she thinks it is a pity that nobody ever collected all the documentation related to your actions. You used to draw posters by hand or placards. Do you have any idea or do you know where one can find such documentation?

Birna þórdardóttir: I might have something because I am a kind of collector.

Proscovia Svärd: Do you have any plans of preserving the documentation that you have for future generations or handing it over to the National and University Library of Iceland because it has collected some documents?

Birna þórdardóttir: I have to go through it because I have not thrown away anything.

Proscovia Svärd: Active as you are, did you ever have any direct connections with Southern Africa or the ANC?

Birna þórdardóttir: Not South Africa, but I had personal contacts with especially those in MPLA in Angola. I was more active in Angola but never visited. I was going there once and instead got stuck in Portugal, but I met them in other places. I had a friend who most likely got killed - he was a guerilla in MPLA. We invited the representative of MPLA in Scandinavia to Iceland to speak about the situation in Angola. His name was Antonio Alberto Neto, he was related to Neto the head of MPLA and who later became the president of Angola. As I said before, Iceland was and is a member of Nato and therefore, we saw the Icelandic government as responsible of what the government of Portugal was doing in Africa and also because of this connection especially the cases of Angola, Guinea Bissau and Cape Verde.

Proscovia Svärd: Was there any organized kind of support to the people of Southern Africa in terms of money or anything that was of use, like for example the case was in Sweden?

Birna þórdardóttir: I don’t remember but there must have been something but perhaps it was done in connection with other organizations in the Nordic countries.

Proscovia Svärd: So, Iceland on its own never organized anything of that sort?

Proscovia Svärd: Do you know if the Icelandic government ever collaborated with its Nordic counterparts in support of the liberation movements?

Birna þórdardóttir: The Icelandic government? At this time! Never ever! No! They were always like the running dogs of the USA and they would never ever do anything like that.

Proscovia Svärd: How did having a conservative government influence you as an activist?

Birna þórdardóttir: It was horrible. I was ashamed and it was not good to be ashamed of one’s government. It wasn’t my government.

Proscovia Svärd: So what were the highlights of your commitment to the liberation struggles?

Birna þórdardóttir: I really can’t say, but for me what matters is that I meet young people today and they think in a way like I did and like I do. They do not think about themselves as being the navel of the universe but as members like all the others and that they are not more important than the others. And that they are responsible for all mankind and that is it. I can’t look at one important act but being a human being is most important for me.

Proscovia Svärd: What do you think your engagement in the liberation struggles meant for the Southern African people?

Birna þórdardóttir: I don’t know. I can’t answer that question because I might say something which could be wrong. I might have helped someone to understand and I do hope so. That is the only thing I can say.

Proscovia Svärd: What is your view of solidarity today?

Proscovia Svärd: Do you think it is the same as the one you were engaged in or has it shifted? Is there anything like modern solidarity?

Birna þórdardóttir: I think it is in a way different because we didn’t look at ourselves as helping someone. It was not like that because it was more like making the others in this country understand and enable them to know something and try to tell something. Today I often find that people are going out to help someone. For me it was not like that. People in other countries can help us to understand, to know, to feel and to live, meaning we are not superior but on the same level. This is very important and I often feel today that when people want to do something they look at themselves as being superior to someone else, and I think that is very wrong, because you cannot be superior when you have never been in their situation. You don’t know and therefore can never understand and therefore need to be humble in order to understand.

Proscovia Svärd: Do you think that the work that the Nordic Africa Institute is doing is important?

Proscovia Svärd: The work of trying to trace the documents on the liberation struggles in the Nordic countries.

Birna þórdardóttir: Yes. I think so because it is very important for others to know. The history is very important because often (and I know it so well from Iceland) people like to write the history as they want it to be without it having been like that.

Proscovia Svärd: May I ask you about your background? What academic background do you have?

Birna þórdardóttir: I have a BA in Political Science from the University of Iceland and I have travelled around.

Proscovia Svärd: Thank you so much for taking your time to meet with me.