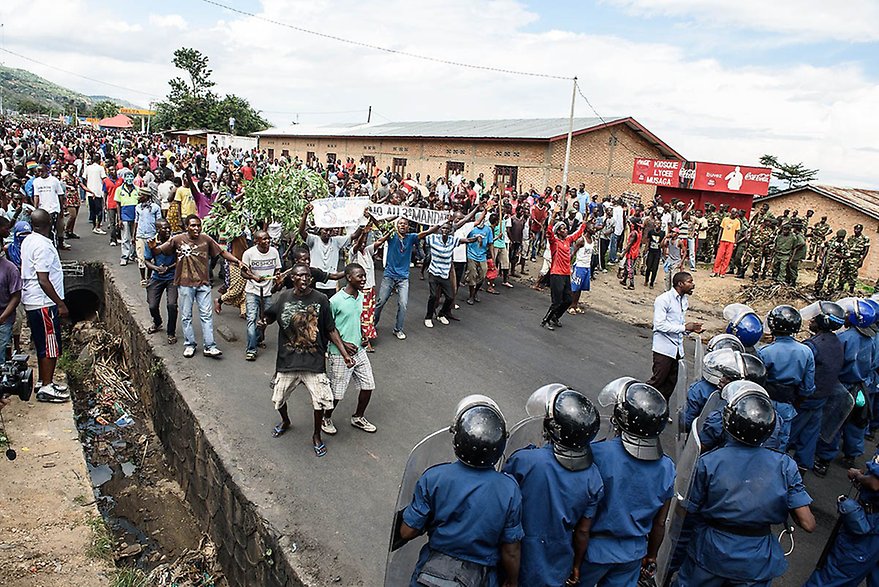 Despite a recent wave of military coups, democratic values are deeply rooted in many African countries. Military takeovers should be seen in the light of presidents clinging to power unconstitutionally, according to NAI researcher Jesper Bjarnesen. However, he adds, high-stakes elections risk fuelling non-democratic strategies.

Presidents who tamper with their country’s constitution to remain in power beyond their legal term have become increasingly common across the African continent. When presidents behave that way, people lose faith in democratic systems. If citizens no longer believe in democratic means to achieve political change, the only way to challenge power grabs by regimes may appear to be through military takeovers. In this way, constitutional coups often precede military ones, Bjarnesen argues.

“In countries where the incumbent regime has made attempts to amend the constitution, people have clearly shown their dissatisfaction by taking to the streets. Even if protests have not always been successful, they do show that democratic values are deeply rooted and that people are keenly aware that the constitution is at the heart of a democracy”.

However, when political power is centred around the presidency, the checks and balances of a democratic system are disabled. There is little or no political debate in parliament and the independence of the courts is compromised. Instead, the opposition’s only real chance of influence is to win the next election.

Such winner-takes-all elections become fiercely competitive. Violence and vote rigging are not uncommon. Notably, the composition of electoral commissions becomes a contested political struggle because it could determine the electoral outcome.