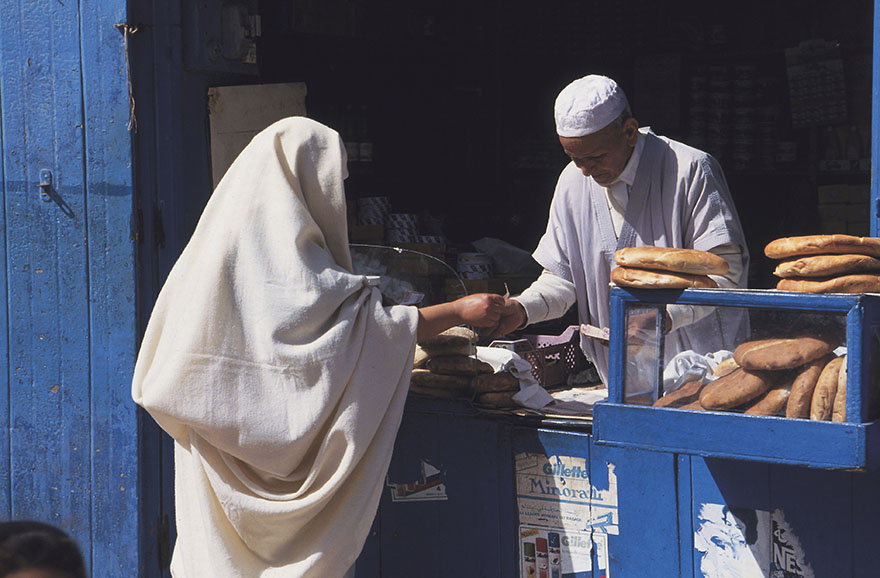 A baker in Essaouria, Morocco. The war in Ukraine is expected to affect Africa’s wheat imports. Photo: Renaudeau Michel/hemis.fr

Russia's invasion of Ukraine threatens to have worrying short-term and long-term impacts on food security in Africa through two major channels: energy and grain. High and volatile food prices could also increase the risk of socio-political unrest and violent conflict. 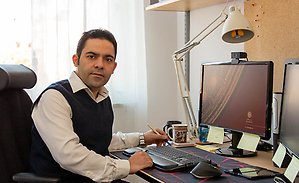 Despite the geographical distance, the Russian invasion of Ukraine on February 24 is casting a long shadow across food systems on the African continent. The two countries, Russia and Ukraine, are major trading partners to many African countries, and in 2020, they collectively supplied agricultural and food products to African markets with a total value of around USD 7 billion.

In recent months global energy prices were already soaring, as production has not kept pace with the increasing global demand that was starting to recover from the Covid-19 pandemic. Following the Russian invasion of Ukraine, global oil prices exceeded USD 100 a barrel for the first time since 2014. This is unsurprising given that Russia is the world's second-largest exporter of oil, accounting for one in every ten barrels of oil consumed globally.

The Russian military action together with the trade sanctions that the West has imposed will force Russia to supply less oil, which will definitely drive global energy prices up, and increase ocean shipping and rail freight charges of food and agricultural commodities. Whatever happens with oil does reverberate across all the other markets, and thus, the rising oil and energy prices will reinforce the already burdensome inflation in global food prices that has been running at the high levels in recent months.

Russia is also the world's top producer of natural gas, which is a main ingredient of the fertilizer industry. A disruption to fertilizer production or exports would contribute to higher global food prices, if farmers cannot afford them, and could also adversely affect crop quality and production if they cut use. While African countries rely on the global markets for meeting more than 80 percent of the food needs of their population, higher energy prices will exacerbate inflation pressures with which African economies have already been grappling in the last two years (e.g. South Sudan 47 percent , Angola 25 percent , Zambia 23 percent , and Ethiopia 19 percent ).

Together, Ukraine and Russia are together responsible for around one-third of the global wheat exports, about 20 percent of global corn exports, and 80 percent of global sunflower oil exports. In particular, wheat represented 90 percent and 50 percent of Russian and Ukrainian, respectively, agricultural exports to Africa in 2020.

Dozens of African countries including Egypt, Sudan, Nigeria, and Kenya, which already suffer from food insecurity, import substantial volume of grains and oilseeds from Russia and Ukraine. For example, the invasion has led to the closure of Ukrainian sea ports through which around 90 percent of Ukraine’s grain exports are transported.

The fear is that intensifying and prolonging conflict could create significant shortages in wheat supply and food availability, stimulate further spikes in food prices, and exacerbate food and nutrition security convers for African consumers. What could make things worse is that the Russia-Ukraine war comes at a time when the drought and volatile climate conditions in several food exporting countries in Latin America is putting pressure on global food prices.

In many African countries, social unrest has traditionally coincided with periods of high and volatile food prices. Thus, the potential impact of the ongoing Russia-Ukraine was on food supply and food price inflation could inflame conflict, destabilize governments, and cause violence to spill over borders. This scenario should not be taken lightly. It is barely seven years when the rise in food insecurity in 2014 across sub-Saharan Africa was attributable to violent conflict. In 2008, spikes in international food prices had also severely affected vulnerable population groups in developing countries and are now understood to have contributed to the emergence of various social unrest events in African and other developing countries.

In conclusion, both Ukraine and Russia are deeply embedded in the global food markets. Disruptions to food supply chains will ripple across the world, driving up already surging food prices and posing dire consequences for food insecurity in many African countries dependent on Russian and Ukrainian food supplies. The scale of the magnitude of the Russia-Ukraine war impact on Africa’s food security would depend on the length of time that food supply chains will be affected, as well as the trade and financial sanctions being put into place against Russia. The international donor and development community around the world should be prepared to react quickly to avoid food insecurity and potential socio-political instability in Africa.