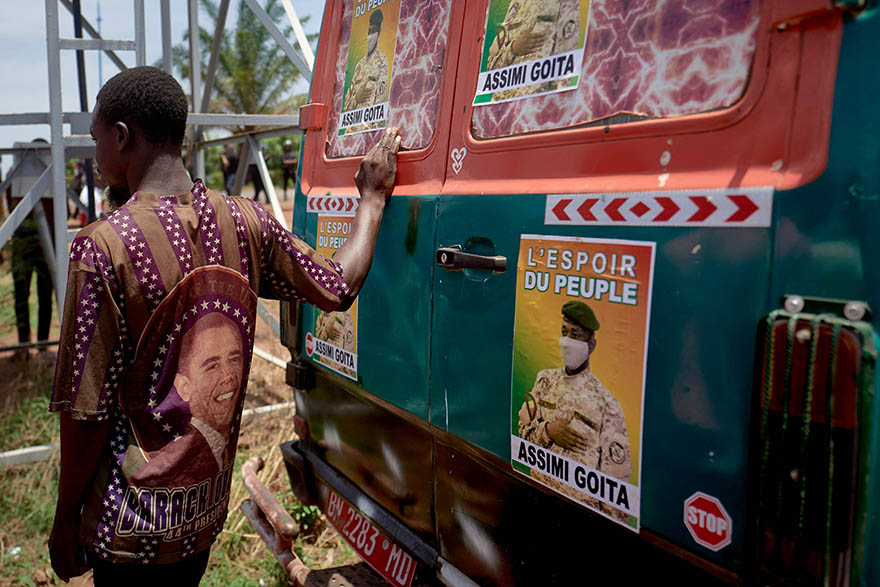 A supporter waits for the arrival of Assimi Goita, new president of the transitional government in Mali. Photo: Michele Cattani / AFP

When democratic means have been exhausted, the only way to achieve political change appears to be through military takeover. According to NAI researcher Jesper Bjarnesen, this is one reason for recent coups d’état in West Africa.

Presidents who tamper with the constitution to remain in power for a third term have become increasingly common across the African continent. In several countries, citizens have clearly shown dissatisfaction by taking to the streets. However, popular protests have rarely changed the mind of any of the presidents – who, in some cases, have instead used violence against protesters.

The misconduct of elected leaders contributes to how people perceive democracy in their respective countries. An Afrobarometer survey

External link, opens in new window. from February 2021 found that only 42 percent of respondents in 18 African countries believed that people could remove leaders in free and fair elections. One in four believed the most recent election results had been manipulated.

Yet, the same survey indicated that almost two-thirds of people nevertheless still supported democratic elections as the way to choose leaders. According to the survey, democracy is desirable but the structures of democracy are not working.

Burundi, Côte d'Ivoire, Egypt and Uganda are all recent examples of countries that do not have democratic structures in place, allowing the president to tamper with the constitution.

“When presidents act like that, people lose faith in the democratic system. If citizens no longer believe in democratic ways to achieve political change, military coups risk becoming a tool for change. In fact, constitutional coups have often preceded military ones”, NAI researcher and West Africa expert Jesper Bjarnesen states. 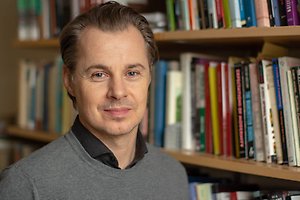 Alpha Condé in Guinea is the latest African president to have been ousted. Less than a year before the military coup in September, he defied widespread popular protests and ran for a third term in office. Condé won the election, but became a president without any democratic legitimacy. Did that justify a military takeover? Is a coup legitimate if it removes an illegitimate president?

“Coup leaders almost always say that they serve the will of the people and act in the country’s best interest. That is seldom the whole truth, but several recent coups have enjoyed popular support. I think people do realise the risks of having the military in charge, but they simply don’t see any alternatives”, Bjarnesen observes.

Guineans certainly know that having the military in power is dangerous. In 2009, junta leaders were responsible for the massacre of hundreds of people inside the national arena. Ironically, Condé was then a human rights activist and a leading proponent of democratic reforms. Eleven years later, he manipulated the constitution to remain in office for a third term.

Mali: On 24 May, Malian army captured president Bah N’daw. It was the third coup d’état in ten years following the 2012 and 2020 military takeover, the later only having happened nine months earlier.

Guinea: On 5 September, president Alpha Conde was captured by the armed forces. When Conde took office in 2010, he was the first elected president in Guinea after decades of authoritarian rule.

Chad: On 20 April, it was announced that president Idriss Déby had been killed in action while leading the country’s troops in battle against rebels. The day before, 19 April, provisional results showed he won re-election with 79% of the vote. Following the president’s death, a transitional military council led by Déby’s son, Mahamat Déby Itno, dissolved the government and assumed power.

Niger: On 31 March, two days before the inauguration of president-elect Mohamed Bazoum, gunfire erupted in the streets of the capital Niamey. After the coup attempt was foiled, the perpetrators were arrested.

There have been 38 coups and attempts

External link, opens in new window. in Africa since 2010.
22 African presidents have since 2001 tried to tamper with the constitution

External link, opens in new window. in order to remain in power.

Presidents do not become megalomaniacs overnight and likewise constitutional crises do not suddenly arise out of nowhere. There are early signs: harassment of the political opposition and media censorship should ring alarm bells. Too often, according to Bjarnesen, as long as things are calm on the surface international observers do not rock the boat.

“They have taken a very passive role in African countries facing democratic shortcomings. As soon as anti-democratic tendencies surge, the international community should initiate dialogues or increase diplomatic pressure. Because when such tendencies reach a breaking point, it is usually too late to intervene”, he remarks.

Without international support, it is difficult for the population to resist the misconduct of political elites or military leaders. Sometimes they do succeed, however. After the popular uprising in Burkina Faso in 2014 against President Blaise Compaoré, the military eventually took a leadership role until a transitional government was put in place. During negotiations, junta leader Isaac Zida signalled that he wished to remain in power. Representatives of the international community were slow to react, while domestic political parties and civil society insisted that all meetings and negotiations should be completely transparent.

“On at least two occasions, a coup was at hand. Thanks to Burkinabe determination – not, mainly, because of external actors – a military state was prevented, Bjarnesen says.

Crises of democracy and constitutional coups are happening on a global scale, not just on the African continent. However, military coups seem to be on the rise in West Africa. In just over a year, there have been two coups in Mali and one in Guinea; and in Chad the military took over when the president was killed. In addition, there was a failed coup attempt in Niger. It is probably no coincidence, according to Bjarnesen, because across the region military leaderships and political elites are interlinked.

“After the first coup in Mali, for example, general and former minister of defence Bah N’daw led the transitional government. He is a typical inner circle figure. N’daw was then ousted by a lower-ranking officer, Colonel Assimi Goïta. This is also symptomatic. Because of internal power hierarchies, career opportunities are limited for lower-ranking officers without political ties, and they are therefore more prone to challenge the generals and politicians”, Bjarnesen notes.

Moreover, armies in West African countries are also disproportionately large, he says. Partly, it is a remnant from the Cold War and the superpowers’ proxy wars — which countries are still struggling to scale down. The many internal conflicts and civil wars in the region have also contributed. For example, after the end of the civil war in Côte d'Ivoire, many rebel fighters were incorporated into the regular army.

“It was a step in a national reconciliation process. However, they ended up in an oversized army with nothing to do, without career opportunities, and with irregular and insufficient salaries. As a consequence, some of the soldiers mutinied. This is a real risk in other countries, too. Governments are aware and prefer to send their soldiers on United Nations or African Union missions, in order to prevent problems at home”, Bjarnesen concludes.