Researcher: The norms of peace-making cannot be imposed 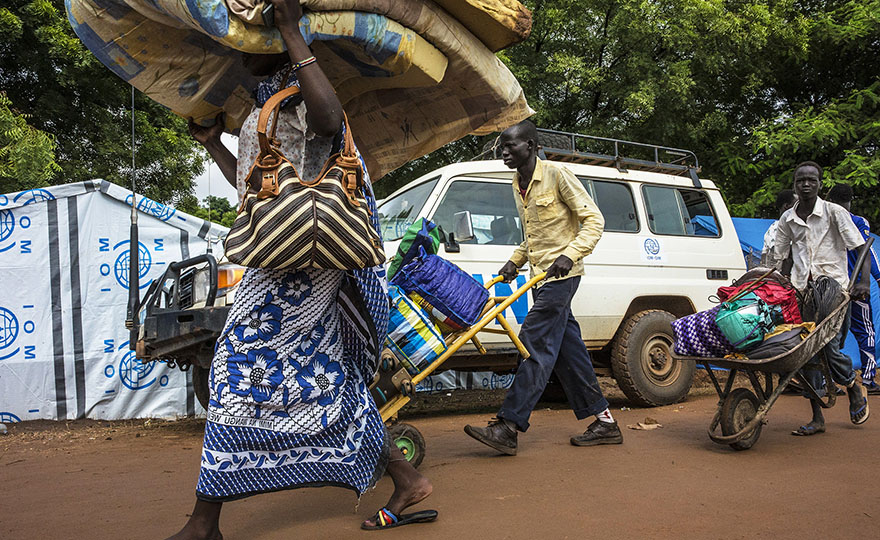 An overreliance on “the hardware” of leadership – the technical aspects – at the expense of “the software” – inclusive conversation – underlies many of the difficulties with building peace and democracy on the African continent, according to Funmi Olonisakin, professor of security, leadership and development at King's College London.

Twenty years ago, as a young British Nigerian scholar, Olonisakin was excited about the new mandate for intervention in African states, to stop human tragedy, which was given to the African Union (AU) by article 4(h) of the AU’s Constitutive Act in 2001.

“The norm was so welcome at the time, after the crisis in Liberia and Sierra Leone, the genocide in Rwanda, and the calamity in Somalia. Leaders were coming together, saying enough is enough”.

Olonisakin also started working for the United Nations (UN), attracted by the possibility to “go places and do humanitarian work”. 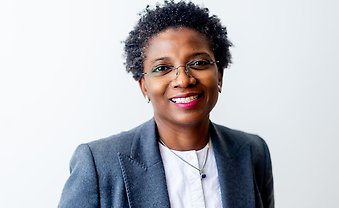 Two decades later, much African optimism has faded. Old and new conflicts in the Sahel, South Sudan and the Horn of Africa have led to continued human suffering on the African continent, despite the AU’s normative framework.

Now, Olonisakin has a different view of what international organisations can and should do to support peace- and state-building in Africa.

She points to an overreliance on the hardware of leadership, by both African leaders and international organisations, as an important reason behind the poor results. It has led to a focus on conversations among elites, at the expense of meaningful elite-society conversations.

African leaders have separated themselves from the people, while “outsiders”, international organisations and individual donor countries, tend to support elites rather than society at large, “inadvertently or perhaps even by desire”, according to Olonisakin.

NAI researcher Angela Muvumba-Sellström points to “a historical anomaly”, a confluence of political factions on the US national political scene in the late 1990s and first decade of the 2000s, which catalysed the process leading up to independence in South Sudan in 2011.

The Christian evangelical movement, politicians from the African American community, and bipartisan interests from the Republican and Democratic parties, all wanted to support peace in South Sudan, which had suffered during the civil war in Sudan since the 1980s, Muvumba-Sellström explains. 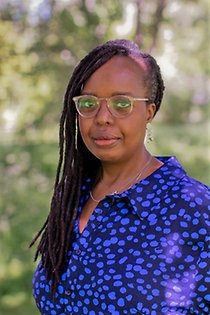 ”US interests supported the January 2011 referendum on independence for South Sudan, and the state-building processes that would take place afterwards. But the US and many external actors were naive about the challenges facing the new country”.

After the vote was passed, the international community, but especially the US, provided technical experts and consultants to support the South Sudan government in everything, from developing state administration to reforming the security forces.

“It was like a machine. They were all designing the new government and they thought that was all it would take.”

But the capacity-building approach could not solve important political problems between factions within the government, address ethnic cleavages or solve regional differences inside the new country. There were also serious gaps in public infrastructure and donors seemed to prioritise emergency and humanitarian support, over more long-term measures to build the social services sector, according to Muvumba-Sellström.

There was great optimism on the part of the US administration, which put a lot of emphasis on South Sudan’s rich oil resources as a back-up plan for the country, according to Muvumba-Sellström.

“Everyone said, ‘This is gonna work!’. But theory and practice are two different things. State-building is not something that you can do with technical experts; it requires a political process, requiring people to sit down and talk together. You cannot pass on a blueprint from one process to another”.

The process in South Sudan is one of many examples of the blind application of a liberal model for peace- and state-building, which has been repeated over and over again for three decades, according to Olonisakin.

“We find ourselves returning to the same place where we made peace a few years back, to try to make peace again and again. Because this framework hasn’t worked”.

The world must stop seeing the liberal peace agenda of the five permanent members of the UN Security Council as the only option, Olonisakin argues.

“Do we want the participation of people? Yes. Do we want them to be part of a process and recognise the process for themselves? Yes. Do those institutions have to look exactly like ours in the West? No”.

In order to break the cycle of repeated failures, peace-making norms must be separated from the norms of humanitarian intervention, according to Olonisakin.

“The norms of peace-making cannot be imposed. They have to be based on the conversations that those societies are having”, Olonisakin argues.

Furthermore, outsiders, whether the UN, the US or France, must stop getting in the way.

“If we can’t get out of the way completely, because we are trying to protect a space for people and reduce bloodshed, we must let the people have agency over their destinies. For me, that is a critical thing”.

Olonisakin says that as an African she is disappointed by the “journeys” African leaders have taken, directing power away from the people.

“They too are doing a variation of what I am saying Western agenda-setters do”.

Another effect of an exaggerated focus on the hardware of leadership, at the expense of the software, is the difficulty politicians have building trust, according to NAI researcher Patience Mususa. In many parts of Africa, this imbalance is expressed in what Mususa refers to as “rent-seeking political leadership”, where those voted into power and their supporters control and reap personal economic benefits from state services. 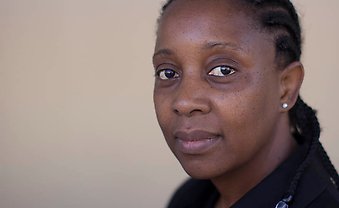 In Zambia, for years, the public sphere has been dominated by a rogue type of governance where the ruling party allows its supporters to take up state functions and informally privatise public services. Funds that should go to the municipality for services, such as street cleaning and infrastructure maintenance, instead end up in the pockets of individual party supporters.

One reason Zambian voters turned against the ruling Patriotic Front in the 12 August election was dissatisfaction with rent-seeking political leaders, Mususa explains.

While the newly elected president, Hakainde Hichilema of the United Party for National Development, has promised to protect the rule of law and put an end to rogue governance, Mususa doubts that the practice will entirely go away.

“Immediately after they had won, supporters of the new ruling party started appropriating bus stops and markets to privately collect rates that are meant to be collected by the state or municipality”, she says.

When the public sphere has eroded as much as it has in Zambia, it is a struggle for any politician to establish the rule of law and make people trust public institutions again, according to Mususa.

In order to build trust, there has to be an everyday demonstration of leadership, by showing accountability, displaying efficiency and demonstrating that leaders can act effectively. People will only believe their leaders when they start to see council workers sweeping the streets, and when basic sanitation and water are provided, she explains.

“Without that, effectively there is no real relationship between citizens and society”, Mususa says.

The hardware and software of leadership

“The hardware: the tangible aspect of infrastructure, which can include the buildings, laws that confer power to those institutions and even the personnel. It symbolises the existence of those institutions and provides the necessary channels for exercising leadership. While these symbols can exercise strong influence because they project an image of power and possibly sophistication, it is the way that the power conferred is exercised that determines their continued relevance".

“The software: this includes the way that power is organised and exercised, as well as the kind of relationship that it builds with the broader society or target communities over time”.