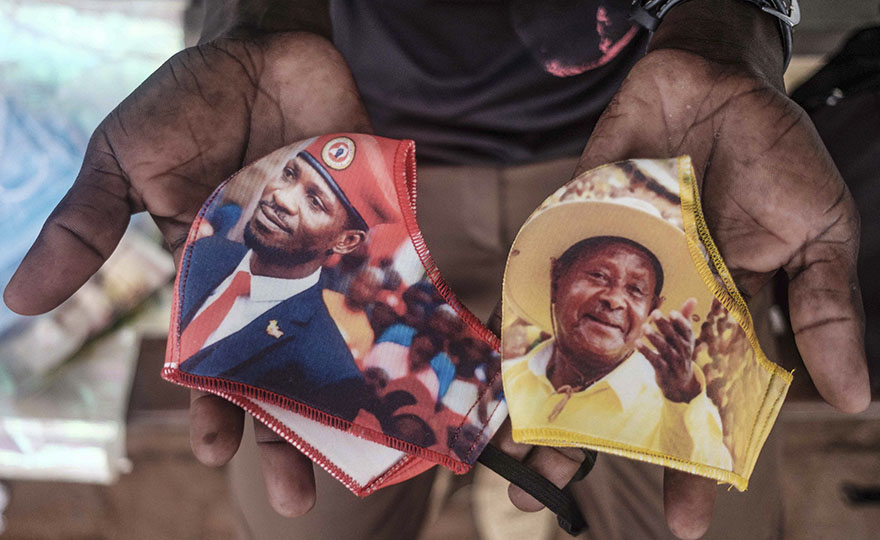 Face masks with presidential election candidates, Robert Kyagulanyi, aka Bobi Wine, and incumbent President Yoweri Museveni sold on a street in Kampala. Uganda’s Electoral Commission has declared the 2021 vote a “scientific election”, where public rallies are restricted to stop the spread of Covid-19. Photo: Sumy Sadurni/AFP

The rule of Uganda’s President Yoweri Museveni has always relied on armed force, explains Anders Sjögren, researcher at the Department of Government, Uppsala University. But why has the run-up to the 14 January elections been the most violent in decades?

In Uganda, where President Museveni has a firm grip on both the security and election apparatuses, there is little room for political contestation. When the country’s Electoral Commission, which is appointed by the president, declared the 2021 vote a “scientific election”, where public rallies would be restricted to stop the spread of Covid-19, it seemed the vote would be even less of an eventful affair.

However, the run-up turned out to be the most violent since the start of competitive elections for the presidency in 1996. Security forces have clamped down hard on several opposition contenders and the media. Clashes between security forces and supporters of opposition National Unity Platform leader and presidential candidate Robert Kyagulanyi (also known as Bobi Wine) have been particularly violent. Officially, at least 54 people died in riots accross the country between 18 and 20 November.

“Coercion is more extensive and intensive compared to previous elections”, says Sjögren, who runs a research project on contested elections and street protests 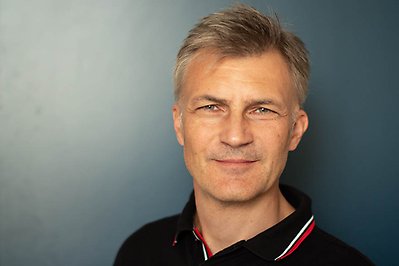 To understand the president’s readiness to use coercion one must look at the country’s violent history and how Museveni came to power, Sjögren explains. The ruling National Resistance Movement came to power after a rebellion. It has its origins in a guerrilla army that turned into a political movement and later a political party.

Before Museveni took over, Uganda had been characterised by instability for close to two decades: first with brutal violence under military dictatorship and then by civil war. Museveni promised to restore stability and security for the population – and this was the key basis of his credibility and support, Sjögren says.

“Museveni has always reminded Ugandans that he came to power through the gun, and he will stay in power with the help of the gun. That has been expressed both in term of threats towards opponents who try to unseat him, and as a promise to political supporters that his military strength will provide the security they want“.

In the 2021 elections, Museveni’s main political opponent is musician-turned-politician Robert Kyagulanyi. Appealing to young people who wish to see a change of government, Kyagulanyi is a strong challenger.

Sjögren believes that Museveni has learned from his mistake in the 2001 elections when he was taken by surprise by the campaign of Kizza Besigye, Museveni’s former physician, who turned against his former master to challenge him.

“Kyagulanyi and Besigye have the same type of appeal and can mobilise the same constituencies: urban areas, the relatively poor and so on. In many ways, Kyagulanyi is a continuation of Besigye: they both express and symbolise radical defiance of Museveni. However, in some ways he represents something new: he is young and has an artist’s background. Also, unlike Besigye, Kyagulanyi is from the important Buganda region, which might add further uncertainty for Museveni in how to deal with him”, Sjögren says.

The government’s firm actions against Kyagulanyi’s campaign sends important messages, both to the opposition and also to potential challengers within Museveni’s own party and the security apparatus.

“So far, Museveni has been good at controlling people by reshuffling and demoting them. But he has created more enemies than friends over the years. His latest use of force is a way of sending a very clear message to his challengers: ‘Don’t try it, we will crush you’”.

In the past, Museveni has tried to appeal to the public with ideological and nationalistic posturing. Also, now as before, he is using money to win the support of insiders and buy off opposition. However, unlike many other political leaders in Africa and elsewhere he has always looked on violence as a preferred option rather than a last resort, according to Sjögren.

“If an autocratic leader has put so much emphasis on military capacity for so long, in both rhetoric and practice, it is hard for him to hold back.”

If he does, he risks coming across as being weak, Sjögren concludes.