Weak opposition paves the way for another landslide 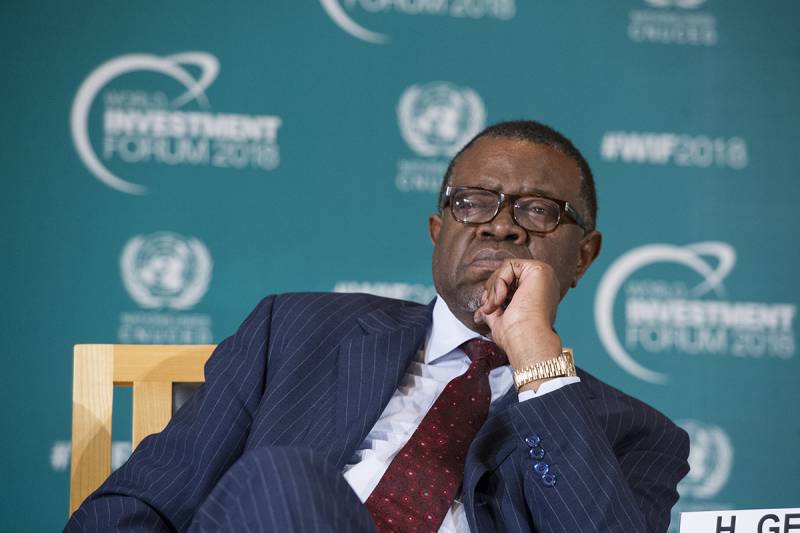 “Namibia is in reality a one-party state in a multi-party democracy”. NAI researcher Henning Melber does not see any serious competition to the SWAPO party in elections scheduled for 27 November

The former liberation movement and ruling party, the South West Africa People's Organisation (SWAPO), has not only won all five elections since independence in 1990, it has also increased its margin over the opposition on every occasion. In 2014, SWAPO received over 80 percent of the vote and presidential candidate Hage Geingob almost 87 percent in parliamentary and presidential elections.

“One cannot blame SWAPO for winning big. The problem is that the opposition parties are not very active or serious enough. They haven’t even managed to form a functioning parliamentary coalition”, Melber remarks.

According to Melber, political parties in Namibia do not have programmes that distinguish them from each other. “There is not really any point voting for a party with the same policies as SWAPO that is not going to win anyhow”, he observes.

Melber points, however, to a new development in the formation of the Landless Peoples’ Movement (LPM). Established mainly among the population of southern Namibia, it remains to be seen how successful the LPM will be in campaigning for votes.

“Land is a highly topical issue that occupies minds and policy. But it is difficult to predict how many votes the LPM will be able to garner among population groups from the north who under colonialism were not robbed of their land”, Melber says.

Strong support for the ruling party does not mean everything is fine in Namibia. The economy has been dwindling for some time and growth has actually been negative two years in a row. One consequence is high levels of unemployment – 33 percent of the overall population do not have a job and an alarming 46 percent of young people are unemployed.

Moreover, according to the Shack Dwellers Federation of Namibia, 40 percent of the country’s citizens live in informal settlements. Many people have reasons to want change, but according to Melber there are hardly any political alternatives.

“If the young generation votes – which is far from sure – they might end up voting for SWAPO despite being very critical of them on social media. For a young person with business aspirations, it is probably smart not to be openly in opposition. SWAPO networks are important to get access to opportunities in the private sector, also”, Melber concludes.