After half a century at NAI, Kent the caretaker is retiring 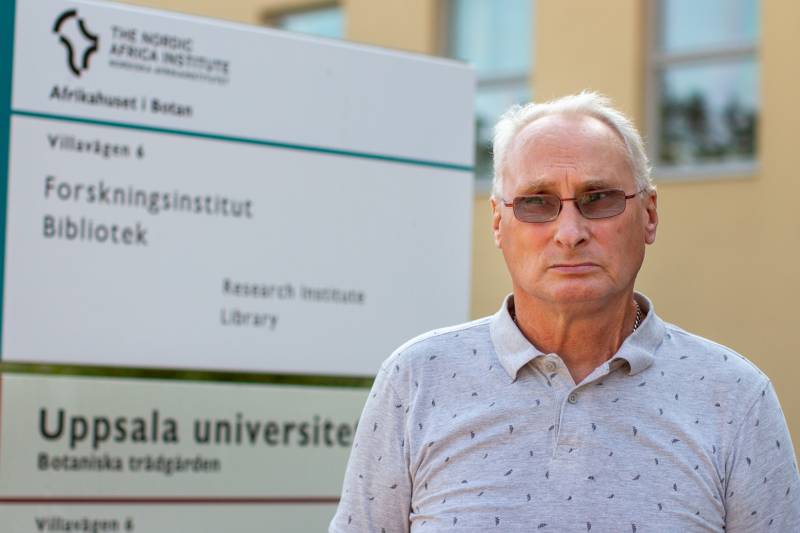 After 46 years at the Nordic Africa Institute (NAI), caretaker Kent Eriksson is retiring. During that time, the Institute has had 11 directors and been located at four different places in Uppsala.

In 1973, aged 18, Kent Eriksson began work as NAI’s caretaker. Almost half a century later, he is clocking out for the last time. Eriksson has seen some major changes, not the least being that during his early career there were no computers and all printing was done by hand.

“In the beginning, it was the era of stencils. Later we got an offset printer, which was what newspapers were printed on at that time, although ours was smaller obviously. My colleague and I printed numerous reports on that machine for many years. I particularly remember a Swahili language-learning book that was very popular and printed in many editions”.

It was just as strenuous to distribute the books as to print them, Eriksson recalls. For every mailing, he had to go through a list of 6,000 subscribers to see who had requested books on what topic and for which country.

Despite the daily grind, he always enjoyed the job and appreciated the fact he could plan his working day himself. But the absolute highlights were two trips to Africa: to Kenya in 1980 and South Africa in 1999. The idea was that staff who did not normally travel in their role would get a chance to experience Africa.

“Of course, it was an adventure. It was also the very first time l had been out of Sweden. And it really gave me a motivational boost at work back home afterwards. I also realised that NAI was relatively well known in African countries. At the same time, it was tough to be confronted with poverty when our hosts took us out into Nairobi's slums”, Eriksson remarks.

There were also highlights at home. For example, when the Swedish royal family and Botswana’s president, Festus Mogae, visited the Institute. Preparations for the state visit were rigorous. Among other things, Kent had to show the security police the emergency exits. When the guests arrived, he was standing at the front door.

“It was one of the few occasions l wore a suit at work. I guess that’s why President Mogae approached me first and shook my hand, believing l was the Institute’s director!”

Eriksson has helped move NAI to new premises three times. On those occasions, the entire Institute had to carefully packed into boxes so that everything could be unpacked in the right place.

“Before the move to Kungsgatan, in central Uppsala, we drew with chalk on the floor exactly where each bookshelf would be to meet the library's wishes and the installed spotlights. Later, when we moved to our current premises, the Institute had bought library shelves on wheels. It was much easier”.

NAI bought shelves on wheels after a water pipe burst during a particularly cold winter. The whole library was sprayed with water, damaging shelves and cabinets beyond repair. Luckily, all the books could be saved by freeze-drying them.

“That was an extreme event. More often, I made sure to replace things before colleagues noticed they were broken. A caretaker’s job is largely invisible to others”, Kent Eriksson concludes.