Protecting a research archive from being lost 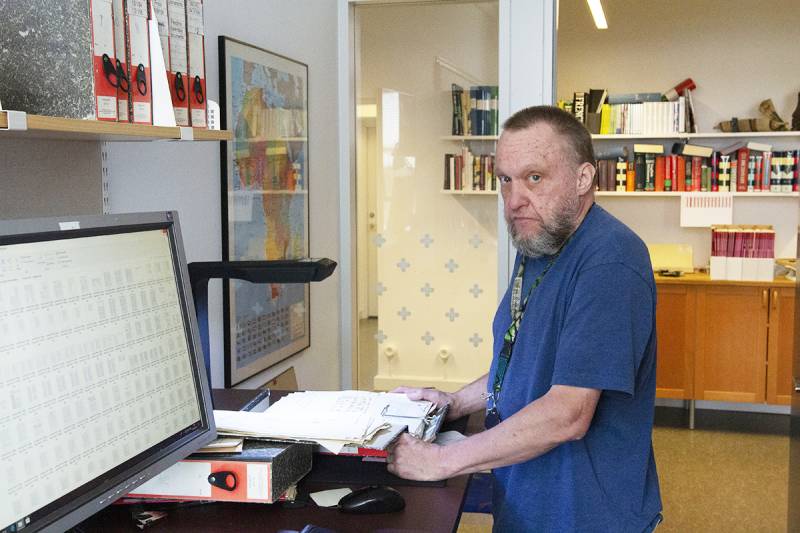 Library assistant Jan Pettersson scans a document page by page. The software automatically converts the material into a machine-readable text file that is searchable by names, places and subjects. Photo Mattias Sköld.

Old paper glue is destroying thousands of documents in a large research archive. In order to preserve the collection, the Nordic Africa Institute’s library is now scanning each and every document.

In the Nordic Africa Institute (NAI) library, a big chunk of a research archive on Mozambique is in danger of being lost. The material consists largely of newspaper clippings and notes glued to paper. Over the years, the glue has seeped through the paper, and eventually the notes will be rendered illegible. 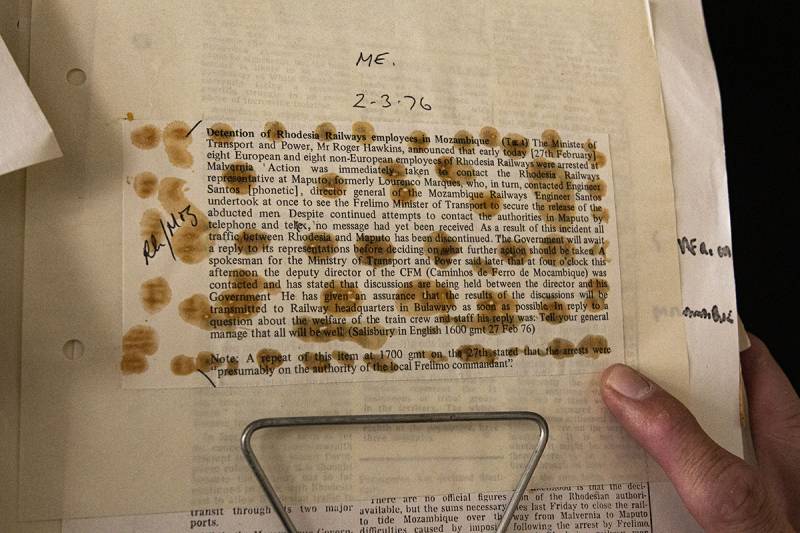 The only way to protect the archive is to manually scan and save the documents digitally. According to Åsa Lund Moberg, head of the library, this work feeds into the ongoing discussion of how libraries can care for individual researchers’ archives. Moreover, researchers are increasingly expected to have a plan for archiving their working material, even when they start seeking funding for their research project.

“Because research material may consist of various things – such as handwritten notes, letters, e-mails, and different forms of interviews – there are certain ethical considerations. However, whenever material is in danger of being lost, libraries have the right to make copies. In this case, the collection will only be here at NAI and will not be available online or for home loans,” Lund Moberg points out. 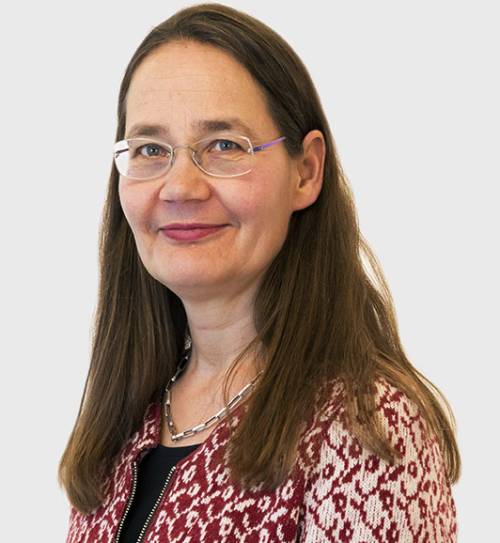 The archive belonged to a School of Oriental and African Studies (SOAS) researcher, Tom Young, who, together with Margaret Hall from the British Foreign Ministry, published a book on Mozambique and the Frelimo government’s transition from socialism to market liberalism in the 1990s. When Young switched research focus to Angola, he donated the collection to former NAI researcher Lars Buur, who in turn gave parts of the material to the institute’s library. The collection contains, among other things, some previously classified material, such as profiles of people in the Frelimo leadership.

“Although much of the material can be obtained elsewhere, the collection itself has value, because everything is in one place and is divided up according to how Tom Young thought it should be. This can give today’s scholars suggestions for new areas of research,” Lund Moberg remarks.

According to her, research libraries should not only work with the past and the present – managing and making older material available, as well as providing current research – but should also bear the future in mind.

“We need to predict what researchers will be demanding five years hence, and for that purpose we have to start collecting literature today.”

Lund Moberg points out that it is not just the frequency with which certain books are borrowed that makes NAI’s research library unique. Sometimes it is almost the reverse.

“When we get such extensive material, with old documents and newspaper clippings, one might wonder who could possibly be interested in it. But we put it on our shelves in the basement for a while – and then suddenly a researcher becomes very excited about the collection, which cannot be found anywhere else. Occasions like that make all the effort worthwhile,” Lund Moberg concludes. 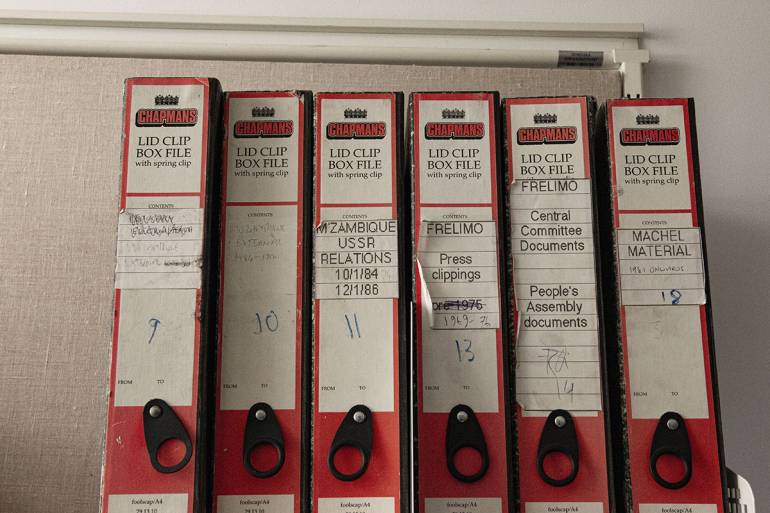 Twenty boxes, filled with newspaper clippings, notes, interviews and other material, constitute Tom Young’s solid research archive on Mozambique, which was donated when he switched his research focus to Angola.