The world is constantly changing - and us with it 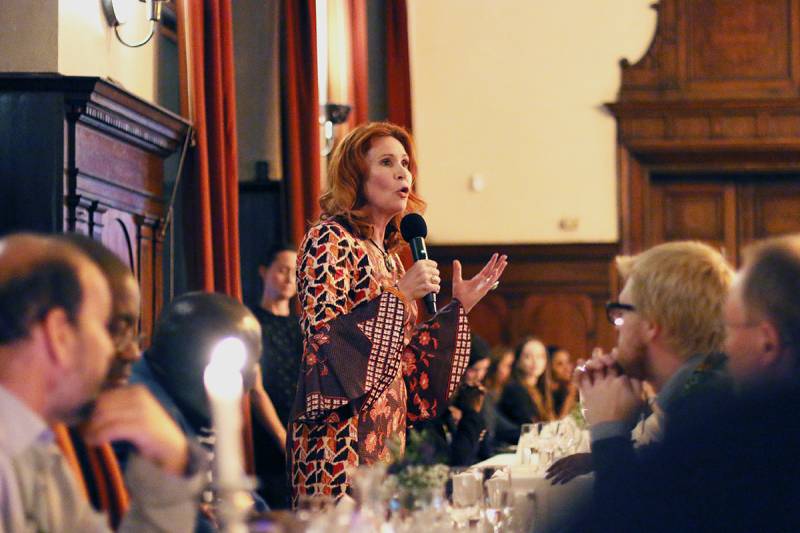 Increased policy relevance in research and in-depth dialogue with ambassadors and other decision-makers – these are two of the steps in the strategic journey made by the Nordic Africa Institute (NAI) under Iina Soiri's six-year leadership.

“There have been so many good times. I had the honour to brief Sweden's prime minister on relevant African research prior to official state visits. I have also met so many young scholars who are the future of Africa research – and who will do great things. I am particularly proud of our newly signed cooperation agreement with the African Union (AU) and the fact that it was AU that reached out to us”, Soiri notes.

However, the six years of service have been far from an easy journey. In 2012, a year before Soiri took office, the Swedish government launched an evaluation of the Institute. Other public authorities undergoing the same procedure were closed down at the stroke of a ministers’ pen.

“It was red alert and we had to prove our right of existence – which we did. The government now recognises the value of having an Africa institute. The partly changed direction – to more clearly emphasise the expert role of informing decision-makers, without neglecting academic research – was key, I think”, Soiri points out.

When the Institute eventually got clearance from the government to continue its work, the next shock arrived. Norway, one of the co-founding countries and a committed partner since 1962, decided to cut funding and leave the cooperation agreement in 2015.

“Fortunately, we have strengthened our ties to Finland and Iceland. Yet, perhaps partnerships will look different in the future. For example, the Lithuanian foreign ministry recently requested formal cooperation with NAI. What matters is that the Institute's research and policy work on Africa continue,” Soiri remarks.

NAI must never stand still, she stresses, but instead constantly evolve. The well-received coaching programme for Nordic ambassadors in African countries is an initiative that shows how the Institute is bold and proactive in taking on new challenges.

“The same goes for the NAI library, which is at the forefront of adapting to a changing world, with its wide range of digital resources”, Soiri adds.

However, not all changes are good. The climate crisis has made it necessary to think twice and even thrice when it comes to air travel.

“NAI also has to pull its weight. The Institute must come up ideas on how to conduct research on Africa without always having to fly there. We have already started investing in improved technology for digital meetings”, Soiri observes.

After a well-earned holiday, Soiri is moving on to Pretoria to take up a new role as education and science expert in a network launched by the Finnish Ministry of Education covering the Southern Africa region. After several years among a Nordic diaspora, she is pleased to find her way ‘home’ to the African continent.

In April 2019, The Nordic Africa Institute and the African Union signed an agreement concerning the sharing of printed and digital resources in order to build and roll out the Africa Knowledge Base Platform

Through this agreement, NAI publications are made available in full text through the AU website, as are the publications of several other international research and knowledge organisations with a focus on Africa.