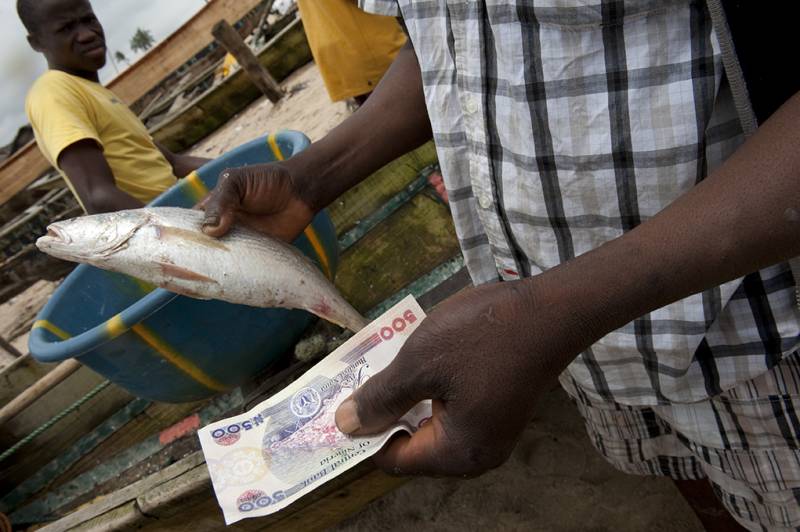 When Africa’s free trade area launches on 7 July, a key player will be missing. However, Victor Adetula, head of research at NAI, predicts that Africa’s largest economy Nigeria will gradually open up and join the project.

The African Continental Free Trade Area (AfCFTA) is meant to create a tariff-free continent that can grow local businesses, boost intra-African trade and create jobs. The AfCFTA initially requires members to remove tariffs from 90 percent of items, allowing free access to commodities and services across the continent.

When the agreement's operational phase is launched on 7 July at an African Union summit in Niger, 52 of the continent’s 55 countries will be on board. Only Benin, Eritrea and Nigeria have yet to join the project. Nigeria is Africa’s largest economy, making it the most notable non-signatory to the AfCFTA deal.

“If Nigeria is not playing along, it is going to affect the progress of the free trade area. Nigeria is needed”, says Adetula, who is himself Nigerian.

Nigerian government representatives have claimed they need to consult with domestic economic stakeholders before making a decision. The president of Nigeria’s largest labour union Nigeria Labour Congress, Ayuba Wabba, has described the AfCFTA as “an extremely dangerous and radioactive neo-liberal policy initiative… that seeks to open our seaports, airports and other businesses to unbridled foreign interference never before witnessed in the history of the country”.

Adetula says that while Nigeria and the whole continent are likely to gain from the creation of the free trade area, some of the country’s nascent industries could be damaged as European, Asian and US products enter the market through other arrangements, such as the Economic Partnership Agreement (EPA) between the European Union (EU) and the Economic Community of West African States (ECOWAS).

“Africa’s industries can’t compete with Europe’s. For instance, virtually all the industries are small, and generally vulnerable. Africa’s comparative advantage is still in the production of primary resources, not in manufacturing goods”, Adetula says.

“If their industries are not well protected and secured against all unregulated external influence and risks, uncontrolled trade liberalisation by the African countries will merely open their markets for others to take advantage of. It will kill rather than stimulate industrialisation in Africa. Look at what happened to the textile industry, for example – it is almost dead in African countries due to globalisation.”

Adetula says that while some might argue that Nigeria’s position amounts to nothing but protectionism, African countries have good reason to be careful and protective of their economies. He points out that even the EU countries are operating with certain degrees of guarantees of protection for their local industries as part of their national interests.

“Is there any country that is not protecting its own industry? There is none!”

Adetula says that Nigeria’s position can partially be explained by history. Since the 1960s, the West African nation has always acted carefully before entering regional cooperation deals.

“Also, if you consider the structure of African trade, many countries are producing the same items. So, how then are they going to trade and with what products? It is not just ‘Let there be trade and there will be trade’ – what do you trade in? How industry and trade are integrated with each other is a question that needs to be addressed.”

Adetula says it is a positive indicator of global development when the right of a country to say yes or no to a proposal for international cooperation is respected.

“For example, Sweden is a member of the EU but does not subscribe to the common European currency. Similarly, Nigeria might find it favourable to join some parts of the AfCFTA but not others. It is a possibility.”

Adetula predicts that Nigeria will opt to become a member of the free trade area through a gradual transition process.

He compares the situation with the development of the EU, which started with a small group of countries, with UK joining in 1973 and eastern European countries much later.

“Nigeria’s position is not a definite ‘no’, but Nigeria will not be rushed by anyone. Generally, Nigeria’s policy on external trade can promote international trade and development while supporting regional initiatives towards increased intra-African trade. Nigeria has persistently cautioned against rushing the agenda of the AfCFTA without extensive consultation with all the stakeholders. Nigeria needs to take into consideration some peculiarities of its political economy, as well as some lessons learned from the EU’s recent experience.”

Bringing together 1.2 billion people with a combined gross domestic product (GDP) of more than 2 trillion US dollars.

The draft agreement commits countries to removing tariffs on 90 percent of goods, with 10 percent of "sensitive items" to be phased in later.

The agreement will also liberalise services and aims to tackle so-called "non-tariff barriers" which hamper trade between African countries, such as long delays at the border.

Eventually, free movement of people and even a single currency could become part of the free trade area.