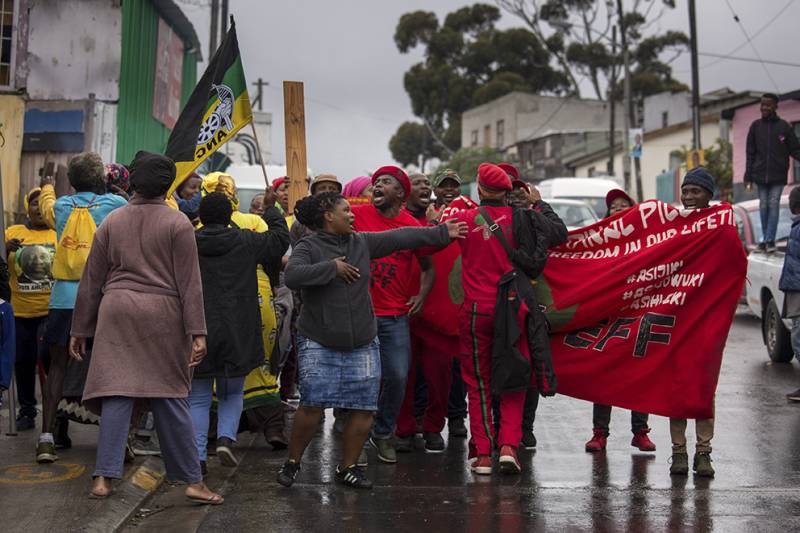 A surge for racially or ethnically based parties in May’s elections worries those who believe in Mandela’s rainbow nation. NAI researcher Henning Melber says that domestic failures of the ruling ANC party coincided with a global trend of identity politics.

Nelson Mandela’s dream of South Africa as a rainbow nation pictured a society where different cultures and ethnicities live side by side, sharing a common South African identity. However, Mandela’s party, the African National Congress (ANC), which has continued to champion inclusiveness, recorded its worst result ever in last month’s elections, taking 57.5 percent of the vote, down from 62.2 percent in 2014. The main opposition party, the Democratic Alliance (DA), which has also presented itself as a party for all South Africans regardless of ethnicity, similarly lost votes compared to the previous election.

Instead, the Economic Freedom Fighters, a far-left-black-nationalist party, won 10.8 percent of the vote, up from 6.4 percent in 2014. Another racially based party that increased its vote share was the “whites only” Freedom Front Plus (FF+) which won 2.4 percent. Five years ago, FF+ was lost in obscurity. The Zulu-nationalist Inkatha Freedom Party also regained ground, surpassing the DA to become the main opposition party in KwaZulu-Natal province. 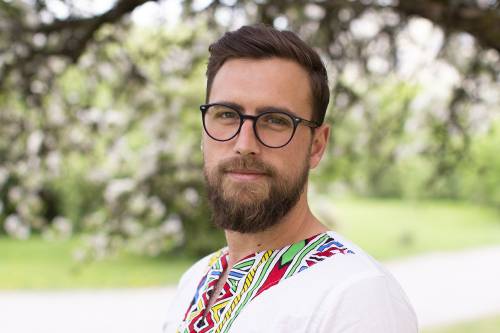 “For someone like myself who has always believed in the rainbow nation this is quite worrying”, says Marc Dunnink, a South African master’s student studying political entrepreneurship in South African elections.

NAI Senior Research Associate Henning Melber points to the ANC’s failure to address domestic problems, such as high unemployment, coinciding with a global wave of nationalism as factors behind the surge in support for ethnically based parties in South Africa.

“With the stagnating economy and President Cyril Ramaphosa having to balance the power struggle with the Zuma camp in his own party, it is not surprising that the ANC lost votes”, says Melber.

Jacob Zuma’s presidency from 2009 to 2018 has been described as a lost decade for South Africa, when corruption became endemic and the economy stagnated.

Dunnink says that the economic decline, and subsequent decline in employment rates and reduced capability of the state to deliver social and public goods, played a critical factor in pushing people to the edges of the political spectrum.

“It is easier for people to believe in nice things like equality, sharing and inclusion when the economy is strong. When things appear to be falling apart people will tend to look for security within their own ethnic community. It becomes easy for politicians to sell the message, ‘I look like you, I can protect you’”.

The FF+ appealed to white, conservative Afrikaaner voters with the slogan Slaan terug, (‘hit back’), winning around 250,000 voters from the moderate DA party. Many white voters in the South African hinterland are angry at policies such as affirmative action and land expropriation, and anxious about what they see as victimisation of Afrikaaners.

However, while the rise in identity politics in South Africa is evident, the election results were also – and more importantly – a protest vote against South Africa’s two main parties, according to Melber.

He says the DA had failed to live up to promises made in the 2014 campaign. And, in their efforts to win black voters from the ANC, by partially embracing race-based policies such as affirmative action, they seem to have disappointed some white voters.

“But still, look at how small the FF+ is, it will never become a big party. White voters are not homogenous, with some voting for the ANC, some for the DA and so on.”

Melber says that the ANC, for its part, has lost its appeal among the Indian community. Considered politically as ‘black’ during the days of resistance to apartheid, ethnically Indian ANC activists have been increasingly marginalised and excluded from representing the party.

However, the decisive factor in South African politics in the coming years will not be about identity but about Ramaphosa’s ability to show results, according to Melber. The president’s two main challenges are to punish corrupt elements and strengthen the economy, Melber says.

“If the government can create employment opportunities, then people, across different communities, will vote for the ANC again”, Melber says.

In Dunnink’s view, South Africa was on a knife’s edge before the elections.

“We were either going to pull our socks up and repair the failures of the Zuma administration, or retract back into race-based politics underpinned with enormous social tensions. Well, at least we avoided a meltdown and opened up room for cautious optimism under Ramaphosa’s leadership”, Dunnink says.

While the ANC lost ground in the elections, getting 57.5 percent of the vote would be a dream result for many ruling parties in other countries. That the ANC was punished by the electorate shows that South Africa’s democracy is functioning, Melber argues.

“Unlike Swapo in Namibia or Zanu-PF in Zimbabwe the ANC is no longer singing the liberation gospel: ‘we liberated you – you owe us!’. Politics in South Africa is more nuanced, it is more complicated”, Melber says.