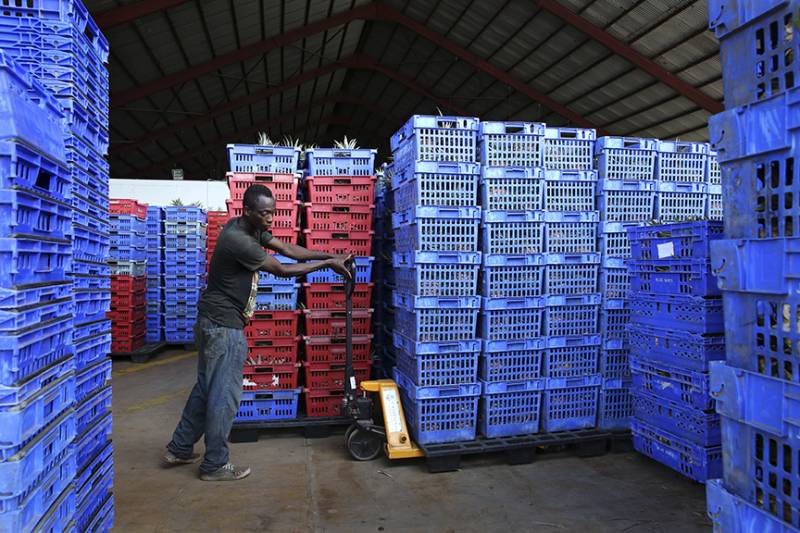 A worker at a company that produces fruit drinks in Accra, Ghana. Photo: Dominic Chavez/World Bank

The birth of the African Continental Free Trade Area (AfCFTA) in July may “change everything” in terms of Africa-Europe relations, says Carlos Lopes, negotiator for the African Union.

In the ongoing scramble for Africa, where governments and businesses from around the world rush to strengthen diplomatic, strategic and commercial ties with African partners, Europeans are lagging behind. Between 2006 to 2018, China’s trade with Africa increased by 226 percent and India’s by 292 percent. During the same period the European Union (EU)’s Africa trade grew by a modest 41 percent.

Furthermore, discussions between Europe and Africa tend to get stuck in an old “dependency model”, notes Lopes, a development economist from Guinea-Bissau who in 2018 was appointed High Representative of the Commission of the African Union (AU).

“Africans are tired of discussing just aid – it’s very patronising”, Lopes says. He adds that while development cooperation continues to play a role, trade and investments will be far more important for the future of the African continent. 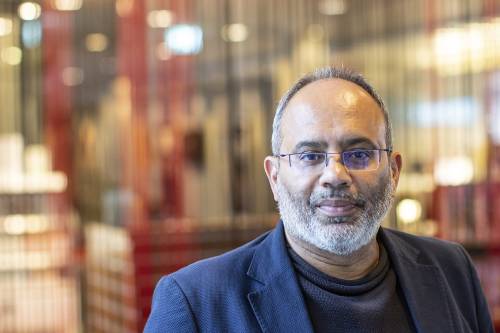 African countries collectively are the EU’s third largest trading partner in terms of volume after the USA and China, accounting for 7 percent of extra-EU trading goods. And yet, Europeans are not discussing trade with Africans in the same way as with the US or China, or even as they do with smaller players such as Japan or Canada, according to Lopes.

“Europe is approaching Africa in a very pushy way, not taking into account that in the next 20 years the reality of Africa is going to be very different.”

According to Lopes, the AfCFTA, which is expected to enter into force at an AU meeting in Niger on 7 July, will finally provide the African continent with an instrument that can level the playing field. Until now, the EU has negotiated separate Economic Partnership Agreements, EPA, with different African regions within the African, Caribbean and Pacific framework, ACP. Only one EPA has been ratified, with South Africa and five other Southern African states.

“The European approach has resulted in a proliferation of agreements, all in various states of confusion, and this is not a very good way of treating your third-largest trading partner.”

Lopes is glad that other EPAs have not progressed further. He says that achieving the AfCFTA will “change everything” in terms of Africa-EU relations.

“From now on the Africans can make the free trade area their entry point for Europe negotiations.”

Taking a broader perspective, the increasing importance of Africa goes beyond business. The 55 countries of the AU make up more than a quarter of the UN General Assembly. Traditionally, African countries always hold three of the non-permanent seats on the Security Council. According to the Diplometrics project at the Pardee Center for International Futures, University of Denver, more than 320 embassies or consulates were opened in Africa between 2010 and 2016. Chinese, Russian and Turkish leaders frequently host or visit African politicians as part of their efforts to secure Africa’s diplomatic support.

“African leaders realise they have more choices than ever”, Lopes says.

Instead of being bound to their former colonisers or tied to one cold-war camp they can weigh priorities and offers, he notes.

So why have African leaders increasingly turned to China, not Europe, in the past decade?

“Access to finance explains a great deal. We need more money because economies have become larger, concessional funding has not increased proportionally. So, economies need funding and there is a new player on the block that is willing to lend. It is not rocket science. The Africans take this very pragmatically.”

With ratification by the Gambia on 2 April 2019, the threshold of 22 ratifying states for the free trade area to formally exist was reached. The AfCFTA is the largest free-trade agreement to be signed since the establishment of the World Trade Organization in 1995. In 2018, 44 African heads of state endorsed the creation of the AfCFTA. Nigeria, one of the continent’s largest economies, is among the countries that have yet to sign the agreement.