Change in Sudan: What’s in it for the women? 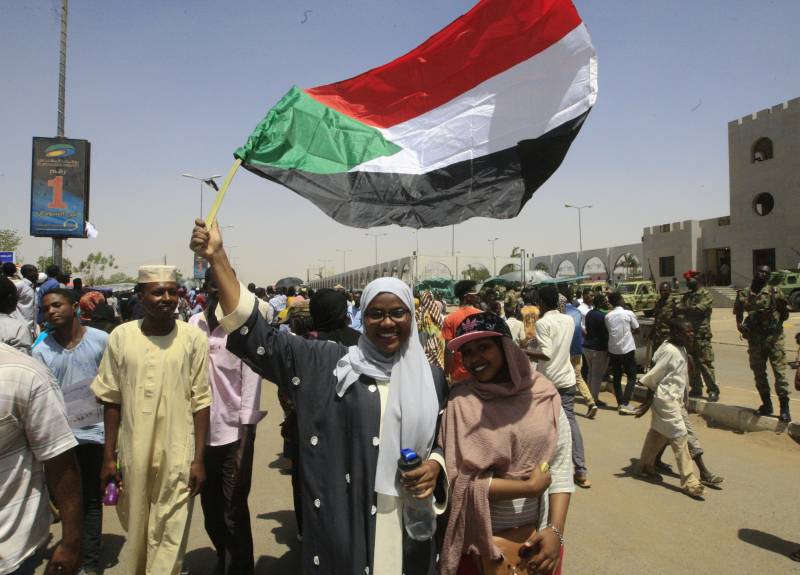 Sudanese women wave a national flag as they rally to celebrate after an announcement made by Sudan's new military ruler, outside the army headquarters in the Sudanese capital Khartoum, on April 13. Photo: Ebrahim Hamid/AFP)

Women’s role in the protests, as well as external pressure will be among factors determining what happens next in Sudan. Redie Bereketeab, senior researcher in political and development sociology, gives his analysis.

African leaders have given Sudan’s ruling military council three months to implement democratic reforms. Will the military adhere to this demand and hand over power to a civilian government?

My own assessment is that it might take longer than three months, but there is very strong indication that the military is forced to hand over power. There is a lot of tension between the different sectors of the security forces and military, where some units are sympathetic with the demonstrators..

Another indication is the strength of the protest movement, which is largely led by women. It is very difficult for the military to move against these women. Sudan is a very liberal society where respect for women is important. If the security forces moved against this women’s movement it would split the military and create even more tension with the Sudanese Armed Forces and the Rapid Support Force.

A third factor relates to external pressures. The European Union, the United States and African Union have all been pushing for a transfer of power to a civilian government. Also, Omar al-Bashir managed to balance between competing regional actors, like Egypt and Ethiopia, but it is uncertain whether the military council can do the same.

Women are playing a leading role in the protest movement and ongoing power shift. Will this lead to more political power for women in Sudan?

It is clear that the country is in motion. However, the bearing norms for a future government – whether secular and liberal or radical Islamist – will reflect the values of Islam, so we have to see the role of women in that context. Also, while the question of women’s rights has been raised by this women’s movement, it started as a protest against shortages of bread and fuel, but quickly transformed into a political protest. The struggle to get rid of the Bashir government was about addressing the collapse of the economy. The women are spearheading the opposition movement, so the prospective political arrangement may reflect this. But in terms of real power, profound social transformation would be needed in order to empower women, and that is not going to happen in the short-term. So, we might see more women in political positions but not a radical change in terms of gender power.

Popular protests began on 19 December 2018 after the price of bread tripled when food subsidies were abolished. The military and police were called in to stop protests and several demonstrators were killed. As protests continued and spread across the country President Omar al-Bashir promised “real reforms”.

On 6 April 2019 demonstrators reached the Presidential Palace in the capital Khartoum and demanded Bashir’s resignation. Five days later, the president was removed from office by a military coup. Demonstrators demanded a transition of power to a civilian government.