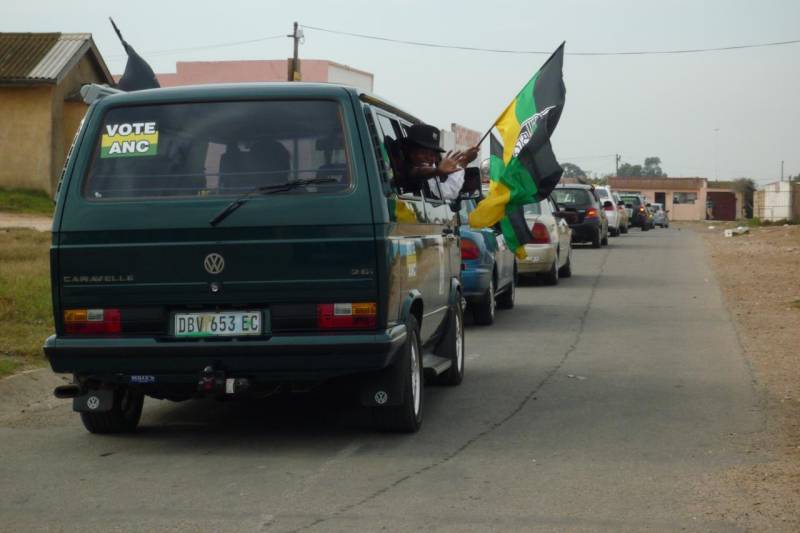 Despite claims of unrestrained corruption among its senior officials the ruling African National Congress (ANC) party is expected to maintain an absolute majority in the 8 May national elections. NAI Senior Research Associate Henning Melber says that other parties have failed to capitalise on the crisis within the ANC and that some of them are confronted with similar accusations.

In an open letter in March ANC elders asked the party’s leadership to remove corrupt individuals from the candidate lists for the upcoming parliamentary and provincial legislative elections. The authors referred to a number of testimonies presented to anti-corruption commissions, initiated by President Cyril Ramaphosa – who is also the ANC party leader – since coming to office last year. Theypainted a picture of “unrestrained corruption whose main actors are persons closely connected to government, and in some instances, senior ANC officials”.

Ramaphosa, whose pledge to tackle corruption features highly in the ANC’s election campaign, has struggled to overcome the legacy of his predecessor Jacob Zuma.

Zuma is accused of having presided over a deeply entrenched system of corruption and patronage dubbed as “state capture”, which has damaged the reputation of the ANC.

While Ramaphosa has never been accused of any personal wrongdoing, concerns have been raised about his moral responsibility having served as deputy president under Zuma. Critics say that Ramaphosa must have been aware of the widespread corruption, yet he did not act against it.

However, since coming to office Ramaphosa has been praised for commissioning several anti-corruption investigations, with proceedings open to media and the public.

“A lot of supporters are willing to give the ANC the benefit of a doubt because of Ramaphosa”, Melber says.

However, the ruling party remains deeply divided. The old Zuma faction has retained considerable influence over the candidate lists for both national and provincial legislatures, among the nominees are individuals accused of corruption and rape.

“People in the Zuma camp with a very dubious track record have managed to survive and stay highly influential on a national or provincial level. This has fuelled a lot of frustration”, Melber says.

It was against this background that party elders requested that individuals who had been implicated in corruption reported to the commissions of inquiry should be withdrawn from the candidate lists ahead of the May elections. However, the appeal has not led to the removal of any of the nominated party members, who would have been forced to resign.
History is everywhere. Photo: BBC World Service
Despite the worrying accusations and internal division the ANC, which won 62 percent of the votes in 2014, is expected to keep an absolute majority in parliament.

One reason is that other main parties, such as the Democratic Alliance (DA) and the Economic Freedom Fighters (EFF), have failed to capitalise on the ruling party’s legitimacy problems.

The DA has failed to live up to promises made in the campaign for the last election when for the first time the party gained political influence in big municipalities outside of its Western Cape provincial stronghold.

Many South Africans regard EFF members as troublemakers who use aggressive rhetoric bordering on hate speech. Several of the party’s senior members have been accused of corruption. They also do not shy away from physical violence.

Also, the ANC still enjoys deep-rooted loyalty among many South Africans for its role during the liberation struggle, which led to democracy in 1994.

At the same time many –including ANC supporters –are disappointed with the party. While members of the party elite are investigated for corruption, the country’s economy is in recession. Unemployment, already very high, is rising and inflation is hitting poor households hard. Many people still live without electricity or sanitation.

According to Melber, the ANC’s failure to adopt values of openness and democracy relates to the party’s historical roots as militant liberation movement.

Melber says that Nelson Mandela, who was known for cultivating openness and peaceful exchange of ideas, was not representative of the mind-set dominating in the movement.

“In prison on Robben Island, Mandela socialised with political prisoners from other parties. The prisoners learned to recognise and see the merits of each other despite political differences. They learned that they had more in common than what divided them.”

Melber says that the situation for the majority of freedom fighters, who were socialised underground or in exile, was completely different from that of Mandela in prison.

“The struggle for freedom was not a democratic struggle. It instilled the values of the very same system they were fighting against. When the fighters later moved into political office they did so with a military mindset.”