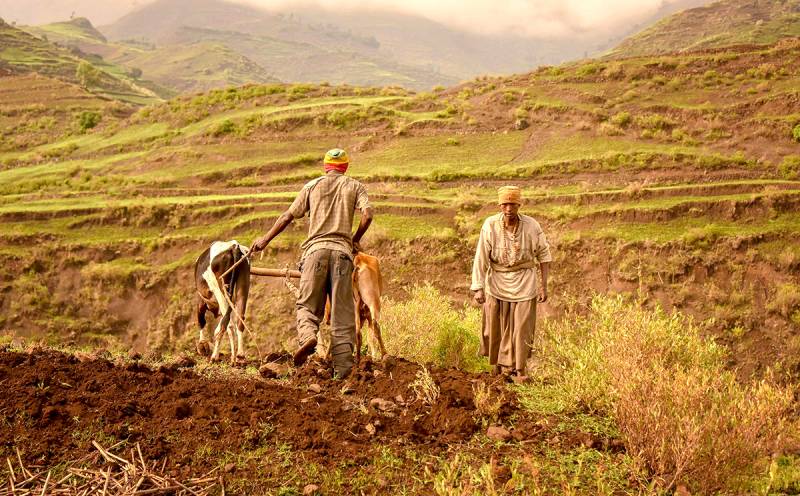 Farmers must be sure the land they cultivate belongs to them, otherwise they are reluctant to invest time and money in developing farming techniques. This was one point raised when researchers and policymakers discussed agricultural transformation at a seminar in Addis Ababa.

The Nordic embassies in Ethiopia – from Denmark, Finland, Norway and Sweden –and the Nordic Africa Institute (NAI) on 11 April hosted a seminar on Ethiopian agriculture's need for structural reform to produce food for a rapidly growing population.

Khalid Bomba, CEO of the Agricultural Transformation Agency, opened the seminar. He explained that in Ethiopia agricultural transformation entails a transition from small-scale subsistence farming to commercial farming.

“For this to happen, the whole value chain needs to be restructured. For instance, looking at how seeds are produced and delivered to farmers, how processing and value addition is carried out, as well as ensuring clearer linkages to markets. Small-scale farmers need this kind of support to take steps towards a market-oriented production”, Bomba remarked.

The seminar also launched the book ‘Agricultural Transformation in Ethiopia’ edited by NAI-researcher Atakilte Beyene. He believes that small-scale agriculture will continue to play a significant role in the country.

“For the majority of the rural population, who have limited resources, there must be alternatives to large commercial farms. And so far, large-scale agricultural investments, initiated in the last decade, have not delivered as promised”, Beyene said.

Unclear rules and laws of ownership are an obstacle for agricultural development, according to Shewakena Abab of the World Bank. If farmers do not have secure land titles they lack the incentive to make long-term investments or even to prevent soil degradation.

“In only a few regions, so far, farmers have received proper certificates. There, investments in technology and equipment have increased production. This should be scaled up to the whole country”, Abab stated.

Historically, in Ethiopia the ruling elite has determined the structure of land ownership. During the empire, a few private landowners owned all land, holding enormous areas. The communist-inspired Derg regime took power in 1974 and nationalised all agricultural land – but without success. Instead, production fell. The terrible famines of the 1980s were a result of the regime’s agricultural policy, combined with severe droughts, according to Prof. Ayele Tirfie of Addis Ababa University. In 1991, the Derg was overthrown. However, farmland continued to be state-owned under the new regime, but with the novelty of the country being divided into ethnically determined federal states.

“But growth and development do not care about ethnic boundaries. Instead, free movement of capital, goods, labour and services are fundamentally important, and are what the current government must address”, Tirfie noted.

Ethiopia's vulnerability to climate change was another topic discussed at the seminar. According to Nigussie Abadi of Mekelle University, rapidly increasing population combined with land scarcity is a challenge that climate change risks intensifying.

“We need partnership and funding, but also more research that can contribute to technical solutions, helping the rural population. Only then can we counteract the effects of climate change and guarantee food security in Ethiopia”, Abadi said.