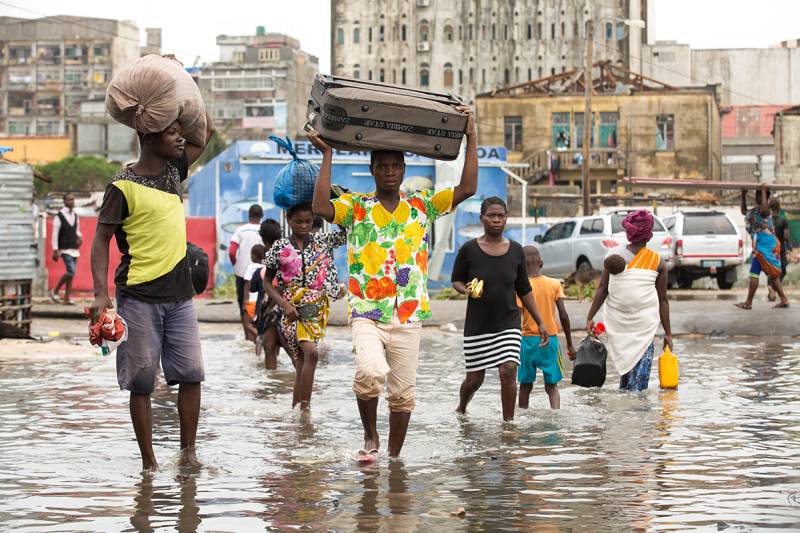 Tropical cyclone Idai is the latest dreadful example of how extreme weather conditions are becoming more common in Mozambique. Nordic Africa Institute (NAI) research shows that people are already taking steps to adapt to climate change. But the most vulnerable are those who have the least resources to meet the challenges.

The cyclone has affected an estimated 3 million people. It caused severe damage in Mozambique, Zimbabwe and Malawi, leaving over 1,000 people dead. The worst affected parts are in central Mozambique and the country's second-largest city Beira. Reported outbreaks of cholera are expected to increase the death toll and crops have been destroyed, bringing fears of hunger and food shortages in the near future.

Mozambique is not unused to cyclones and serious flooding, but an event on this scale is rare. Meteorologists and scientists in Mozambique are seeing dramatic changes in weather patterns.

“A clear trend is that the average temperature has increased. More rain falls in shorter periods, while the dry season has become longer. We have also noticed more storms with greater force and intensity”, climatologist António Queface of Eduardo

One of the world's poorest countries, Mozambique faces many development challenges and climate change is expected to further aggravate the situation. In particular, agricultural production and Mozambique's ability to feed its population are at risk. National Emergency Operations Centre (CENOE) Director Mauricio Xerinda

External link, opens in new window. has little doubt the situation will get worse.

“Climate change is here to stay. We all have to adapt our lives accordingly and take appropriate action”, Xerinda remarks.

“In addition to natural and technical science on climate change, there is also a need for more social science research examining how people’s lives are affected, how people organise themselves and what measures they take. Our project looks at how urban residents in poor neighbourhoods adapt to more frequent and worse storms and floods, as well as rising sea levels”, NAI researcher Cristina Rodrigues says.

No research in the world could have stopped cyclone Idai, Rodrigues admits, but better knowledge might have reduced some of the disaster’s effects, especially when it comes to authorities’ planning and preparation.

“That's one early finding. In the countries we are investigating, authorities have only just begun to include climate change in the equation”, Rodrigues notes.

NAI researcher Patience Mususa is also involved in the project. She points out that poor people can rarely afford good-quality building materials. And they seldom have time to wait to build a house properly because they risk losing the lot they purchased or were allocated. However, research shows that people are preparing for climate changes.

“People in poor communities are organising themselves; for example, to jointly dig drainage systems and dams against flooding. So, one cannot say that people are just sitting and waiting for help. But their limited resources are not enough for a disaster like Idai”, Mususa concludes.