Algerians await Bouteflika’s next step with fear and hope 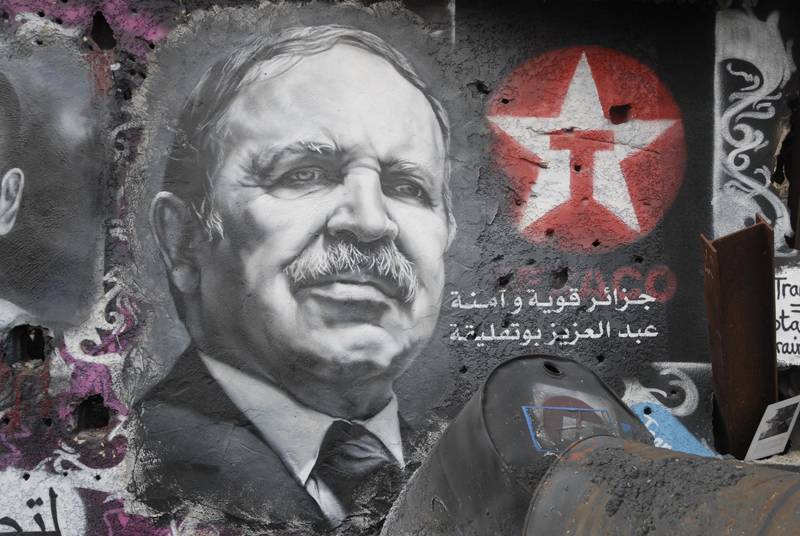 The protesters have won the first round. Long-time Algerian President Abdelaziz Bouteflika will not seek a fifth term in office. But in the streets, calls for his immediate resignation are unrelenting.

On 16 February, 10 days after Bouteflika announced his candidacy for a fifth presidential term, people began to protest against the regime. A week later, the protests were nationwide, with hundreds of thousands taking to the streets. Such large numbers of protesters and their determination to push for change clearly took the government by surprise. And their efforts were not in vain: on 11 March the president announced he would not seek re-election and that the April 2019 presidential election was being postponed indefinitely.

However, this possibly means that Bouteflika’s current term could be prolonged until further notice. Former researcher at the Nordic Africa Institute (NAI), Anitta Kynsilehto, now at Tampere University in Finland, agrees with the sceptics.

“The postponement of the election is a sign that the ruling elite is looking for someone to replace Bouteflika in office. Since his stroke in 2013, Bouteflika has not been capable of actually ruling the country in any way. He has been a kind of puppet, whose legitimacy draws from the reconciliation process after the civil war in the 1990s”, Kynsilehto remarks.

According to Algerian political scientist and former NAI guest professor Rachid Tlemcani, since Bouteflika’s illness an unconstitutional group of businessmen and generals, together with the president’s younger brother Said, have taken over decision-making. They are the ones really calling the shots in Algeria. But the people will not take it any longer.

“Algerians are tired of being treated as immature people. The grassroots movement is growing more radical each day as the change in slogans shows – from `no fifth term´ to calls for a `systemic change´. Yet the protests are still peaceful, despite threats from the government to turn Algeria into another Syria”, Tlemcani observes.

Algeria has had its share of violence. When Islamist party the Islamic Salvation Front (FIS) won the country’s first free elections in 1991, the military quickly stepped in and overturned the results. It triggered a decade of civil war with over 100,000 deaths. That history, according to Kynsilehto, was one reason Algerians were less determined than their neighbours during the Arab Spring in 2011.

“People told me that they had already had their popular upheaval, which ended very badly. Today, however, it seems as if people have had enough. They are fed up with how wealth is not trickling down for the benefit of all but instead only enriching wealthy elites”, Kynsilehto notes.

She views the current protests as spontaneous and involving broad segments of society. However, in the past few days civil society organisations have come up with propositions for how to get out of the impasse.

“In the best-case scenario, the calls from the street and proposals for a democratic transition being articulated now by a consortium of civil society organisations will be heard and enacted in full. The fear is that the ruling elite refuses to give up any of its grip on power and that may result in severe violence”, Kynsilehto concludes.