African countries run the risk of a debt crisis 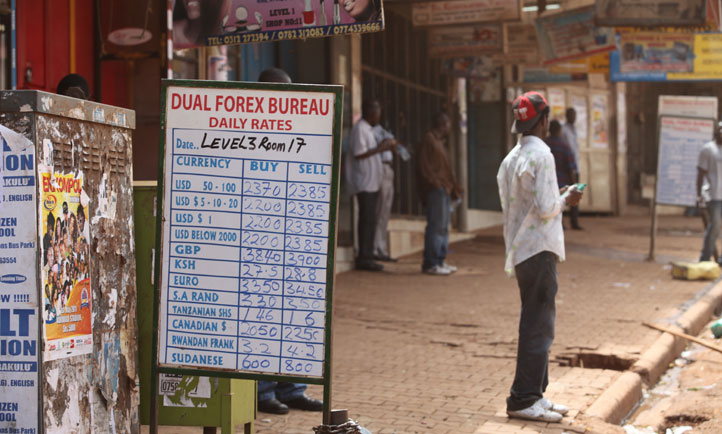 Within four to five years, several African countries risk ending up in a new debt trap, warns development economist Jörgen Levin. Unlike the debt crisis in the 1980s and 1990s, debts are now mainly owed to private investors.

The International Monetary Fund (IMF) lists 15 African countries as being at high risk of finding themselves in a debt crisis they are unable to get out of. It is not so much the amounts that concern the IMF as the speed at which debts are increasing. In just five years, the countries' debts have on average risen from 30 to 50 percent of the respective countries’ gross domestic product (GDP). This is a worryingly rapid increase, says Levin, although countries in severe crisis may reach levels of more than 100 percent of GDP.

The causes of the growing debt burden differ for each country. For example, Malawi, Senegal and Zambia have suffered more than many others from depreciating exchange rates. In Eritrea, Somalia and Zimbabwe, economies have been mismanaged or the countries have experienced conflict for a long time. In Ghana and Mozambique, debts have partly grown because state companies have withheld new foreign loans or purely because of embezzlement. The Gambia's debt worsened as the economy went into recession due to the 2014 Ebola outbreak in West Africa.

Yet, common to all countries on the IMF list is that the debts are primarily owed to private investors. It is always cheaper for developing countries to borrow from the World Bank or IMF, but those loans come with demands on the governments’ economic policies. Private investors have no such requirements and therefore several African governments have preferred the more expensive loans.

African governments have thus gained access to capital to finance large infrastructure projects. And that is part of the problem, according to Levin, because repayments are meant to be repaid through returns on investments. However, infrastructure projects are often slow and generate growth only after a long period of time, in contrast to government bonds, which are redeemed after only five or ten years, which in many cases will occur in 2023 or 2024.

“Then, many African countries will face liquidity problems. The IMF will probably tell the governments to increase tax revenues, which will not be done in haste. Instead, it is more likely other public expenditures will suffer. For example, commitments African governments have made to achieve the global sustainability goals are in danger”, Levin notes.

For many years, infrastructure projects were downgraded in developing countries. Donors considered it more effective to combat poverty by investing in social sectors such as education and health. But infrastructure also plays an important part in poverty reduction because it enables and simplifies trade. “Roads and transport, as well as stable energy solutions for industry, are essential for economic development”, Levin says. Such investments, though, are very costly. African governments haven’t had the capital, and since donors lacked interest, infrastructure was never a priority – until recently.

“Now, there has been a 180-degree shift. Almost all major loans nowadays go to infrastructure projects. Balance is needed: if new infrastructure is to generate growth, social investment is also important. Then there is the case of authoritarian regimes, which have little interest in social development and would rather invest in big vanity projects that do not generate any growth because they were not really necessary at all. Generally, I would say, the appetite for borrowing on the commercial market has been too big”, Levin says.

He points to the case of Cameroon, which despite relatively good economic growth risks ending up in a serious debt situation within the next six years. This is mainly due to short-term loans in foreign currency. Despite reasonable economic performance, Cameroon will probably have to pause its infrastructure projects.

Why would donor countries use their aid money to pay private investors?

“Short loans for long projects are generally problematic. Then there are other cases, such as Mozambique, where borrowed money did not go to development projects at all but ended up in private pockets. Chinese loans are also somewhat opaque, as it is difficult for outsiders to know the scope and conditions negotiated”, Levin remarks.

“Why would donor countries use their aid money to pay private investors? In the end, one possible solution is that the World Bank buys the debt from the investors. However, this means ultimately that African countries will have to accept demands of economic restructuring that come with loans from the World Bank”, Levin notes.