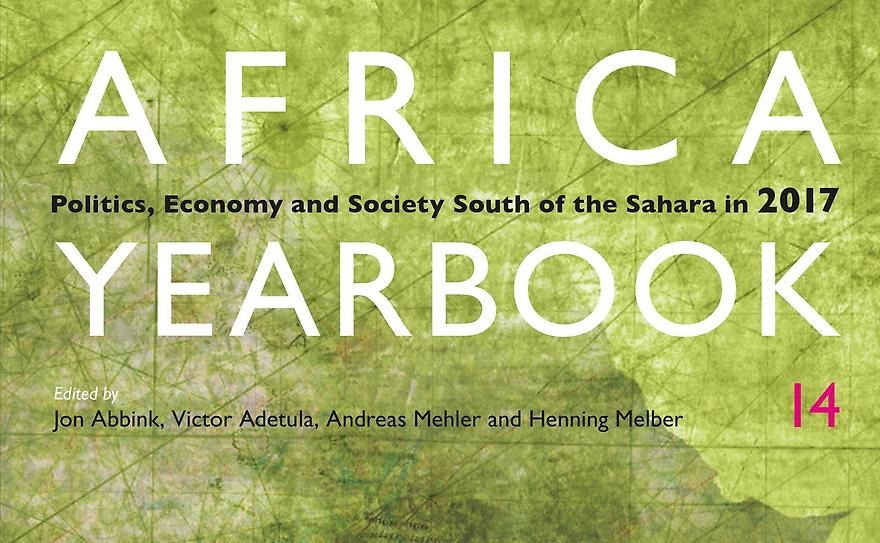 Another milestone has been reached in the Africa Yearbook project, with volume 14 for 2017. The award-winning publication provides an annual overview for each country south of the Sahara.

The Africa Yearbook is the brainchild of NAI Senior Research Associate Henning Melber, who has been co-editor of the publication since it began in 2003, when he served as research director of the Institute. NAI’s current Head of Research Victor Adetula joined the co-editors for the first time with this volume.

External link, opens in new window. follows an established format, with articles on all sub-Saharan states and each of the four sub-regions (West, Central, East and Southern Africa). It focuses on major cross-border developments and sub-regional organisations, and includes articles on continental developments and Europe-African relations.

NAI researcher Jesper Bjarnesen is a first-time contributor with a chapter on Côte d'Ivoire, a country shaken by three significant political and economic challenges in 2017, following a period of mainly positive developments and relative stability since the end of armed conflict in 2011.

Bjarnesen describes the increasing fragility of the ruling coalition as the 2020 presidential elections are drawing nearer. He also covers the implications of a sudden drop in the cocoa price by over 30 percent, which hit the Ivorian economy hard.

“It illustrated that Côte d'Ivoire, having been one of the fastest-growing economies for 3-4 years, was still heavily dependent on primary production of cocoa”, Bjarnesen explains.

He also writes about how the political and economic challenges were confounded by a series of mutinies within the armed forces and strikes among public officials, primarily over unpaid wages. The government had to agree to costly financial compensation at a time when the economy was already shaken. The protests also brought out persistent divisions within the armed forces, mainly between former rebel soldiers and loyalists, who fought on opposing sides in the armed conflict.

“Despite these challenges, the government was able to weather the storm, and there is still reason for optimism regarding Côte d'Ivoire’s recovery after years of political instability”, Bjarnesen says.

Bjarnesen says that he sees the Africa Yearbook as a useful tool for students, policymakers and other non-specialists looking for an overview of country-specific issues. It is also of interest to more experienced Africanists looking to familiarise themselves with new countries or regions, or simply to get a quick summary of events and issues that they may have missed in their regions of specialisation.

“In addition to the country-specific chapters, I particularly think that the chapters on the various sub-regions are useful for a lot of different actors, because they provide the bigger picture that country specialists may not think about in their own work.”

The Africa Yearbook is published in collaboration with the German Institute of Global and Area Studies (GIGA) in Hamburg, and the African Studies Centre Leiden.

In 2012, the Africa Yearbook received the Conover-Porter Award, for outstanding Africa-related reference works, from the Africana Librarians Council of the African Studies Association, based at Rutgers University in the USA.