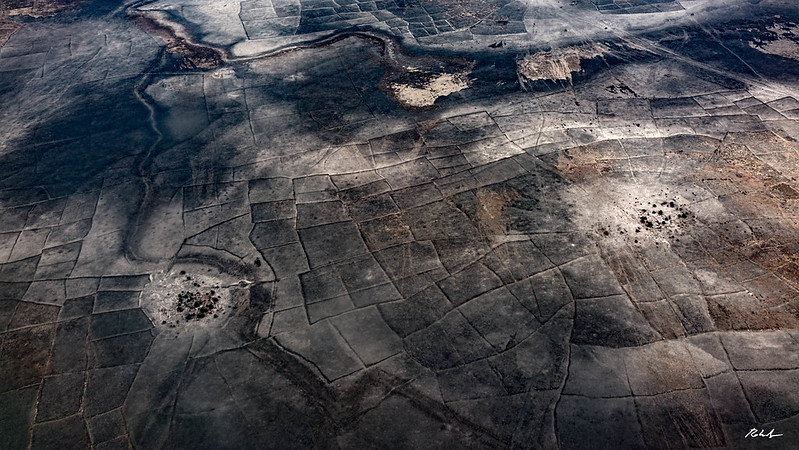 "The Kiss of Boko Haram". Burned villages and fields, from the UNHAS helicopter transporting humanitarian workers to the camps. Photo: Roberto Saltori

“When the government says there is a national security threat, the discussion is over”, says researcher Akinbode Fasakin, arguing that the Nigerian government uses Boko Haram and other security threats to reinforce its power over people. 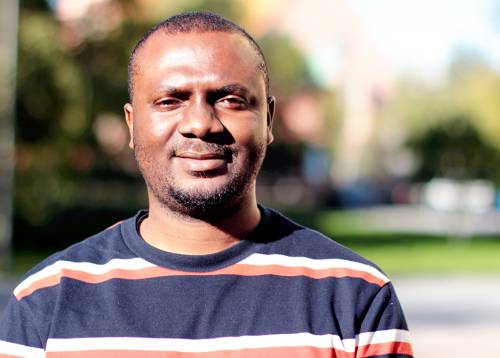 Nordic Africa Institute scholarship holder Akinbode Fasakin is a PhD student at the Department of Economic History and International Relations at Stockholm University. His research primarily looks at the government’s handling of security in Nigeria, drawing on cases such as the Boko Haram insurgency in the north of the country and militancy in Nigeria’s Niger Delta in the far south region, and other non-violent security concerns.

“Those conflicts were escalated due to the inaction of the state. By refusing to take basic initial steps such as listening to people, gathering their security interests and meeting these needs, the government by its insensitivity created insurgents and militants, which it later referred to as terrorists”, Fasakin states.

In the resource-rich Niger Delta region, people started to question where all the revenues from oil sales went. They did not see much development taking place in the region, so protests arose and security agents clamped down on protesters and resistance movements.

“As peaceful complaints hardly get the government’s attention, and violent resistance attracts clampdowns, security increasingly degenerated in the Niger Delta. Although the Boko Haram group does not fight over oil or the environment, the security logic remains the same: the authorities clamp down on the so-called religious fanatics, failing to address socio-economic dimensions of radicalisation that drive extremist groups in the northeast”, Fasakin remarks.

According to Fasakin, as decisions to clamp down on insurgent groups are often shrouded in secrecy by so-called “security experts”, the government misses opportunities to understand what drives resistance and how to address it. In his view, the lack of transparency that marks all security governance contributes to security problem in Nigeria.

“If the Nigerian government would devise constructive ways of dialoguing with its people, especially over what their core security concerns are, Nigeria would be a lot more secure than it is at the moment. But the fact is that when government says there is a national security threat, the discussion is over – that may inhibit peace and security in Nigeria in the proximate future”, Fasakin concludes.