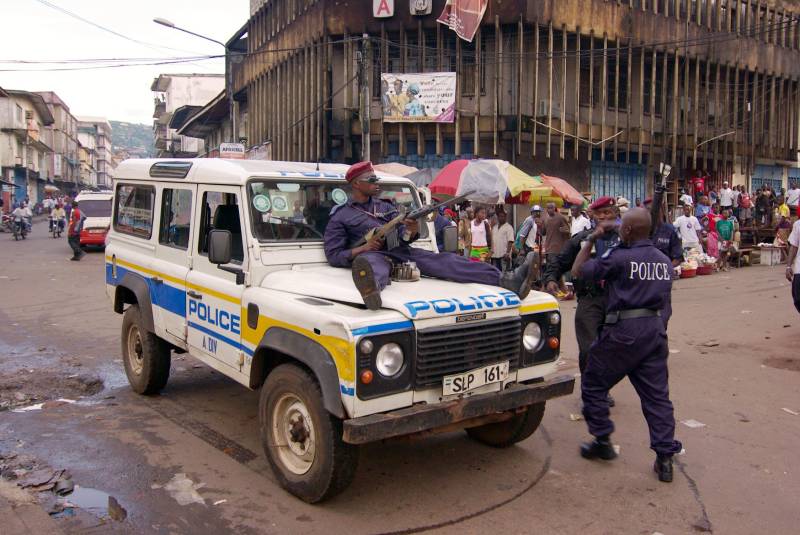 Riot police move through the streets of Sierra Leone’s capital Freetown, September 17, 2007, when opposition leader Ernest Bai Koroma was sworn in as president after winning polls marked by violence and some fraud. Photo: Katrina Manson, Reuters.

The benefits of winning elections – and the disadvantages of losing them – must be reduced to avoid the violence that a winner-takes-all situation can trigger. A new policy note from NAI considers how to curb the increase of violence in African elections.

There is a seeming paradox at work on the African continent. Democracy has established itself as the dominant political system; and as an integral part of this process, multi-party elections have emerged as the most legitimate route to political office. Yet, in recent years violence has increased in such elections. Based on findings from their recently published book Violence in African Elections, researchers Jesper Bjarnesen and Mimmi Söderberg Kovacs reflect on how to explain this worrying trend.

Bjarnesen and Söderberg Kovacs suggest five long-term measures into which more attention and resources must be invested. One of them is about expanding the concept of election monitoring by looking beyond the immediate physical violence. Election observers should be cognisant of the risks and structures behind violent discourse, threatening manifestations and other non-democratic methods aimed at mobilising political supporters and silencing opponents, especially in areas coloured by ethnic tensions and a history of civil wars and local conflicts.

Sometimes, words are unnecessary to evoke memories of a violent past

Jesper Bjarnesen examplifies with an incident in Burundi's capital Bujumbura, when incumbent president Nkurunziza’s made his drive for a third consecutive term in office: "Sometimes, words are unnecessary to evoke memories of a violent past. During protests in 2015 in Burundi, members of the ruling party’s youth militia were heard outside public radio station Radio Publique Africaine, widely known for its critical opinions of the government, popping balloons to resemble the sounds of gunshots".

Another policy recommendation is to lower the stakes of elections:

"Power and resources are still largely concentrated at the centre, raising the stakes of elections. The winner literally takes it all, while the loser is left ‘standing small’. In a strongly politicised ‘Big Man’ system, individuals must be sure they have backed the right horse in the lead-up to elections to protect their own interests".