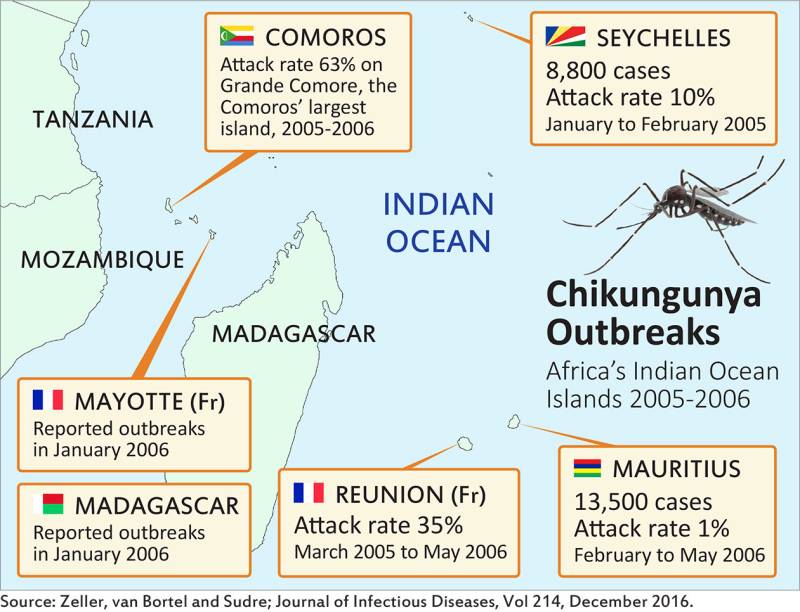 Malaria was eradicated several decades ago on the islands of Mauritius and Réunion in the Indian Ocean. When the tropical disease chikungunya broke out, people and authorities were unprepared. The disease was labelled as something African that came from the poor mainland. 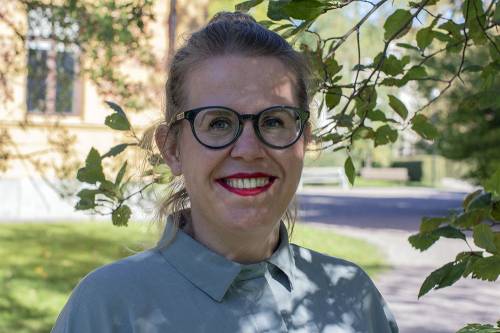 NAI guest researcher Karine Aasgaard Jansen studies medical anthropology and is looking into people's experience of the chikungunya epidemic on the islands of the Indian Ocean between 2005 and 2007. Chikungunya is a tropical disease spread by mosquitoes. Usually, the disease lasts a few weeks, but in some cases it can become chronic and even lead to death.

“People also contribute to the spread of the disease because an infected person who gets bitten by a mosquito transfers chikungunya to the mosquito’s next victim. Therefore, the mobility of people between islands was a challenge during the epidemic”, says Aasgaard Jansen.

The most common symptoms are joint pain and fever that may be mistaken for dengue fever or Zika virus. The disease is most common in Africa and Asia. In 2014, over a million suspected cases of chikungunya were reported worldwide.

Many flee the poor Comoros islands to Mayotte, which belongs to France and is part of the EU. According to Aasgaard Jansen, there is an ongoing refugee crisis, but it is not spoken about as widely as the one in the Mediterranean.

She has done most of her research in Mauritius and Réunion. The two islands have experienced great economic development since the 1960s and 1970s. They no longer belong to the group of so-called developing countries and eradicated malaria decades ago. Aasgaard Jansen’s interviews have shown her that many people who live there do not view themselves as Africans.

"Africa is something that is often associated with underdevelopment and poverty. The same goes for tropical diseases. Therefore, chikungunya has been labelled something African that must come from the poor mainland. Because of the large number of refugees from the Comoros going to Mayotte, people in Réunion have accused immigrants from Mayotte of bringing chikungunya there. One could say the disease adds to Africa's stigma”, Aasgaard Jansen points out.

Because malaria had been eradicated in Mauritius and Réunion, people no longer took precautions to protect themselves from mosquito bites. They did not sleep under mosquito nets and rarely used mosquito repellent. So, more people were infected with chikungunya when the epidemic broke out.

In her research, Aasgaard Jansen has discovered that the health sectors differ in Mauritius and Réunion. In Mauritius, all arriving visitors must fill out a form and indicate if they have been in a country with malaria. If so, health staff may visit them later at their hotel to take a blood sample.

“Réunion lacks a similar system because they thought they were done with tropical diseases. But since the chikungunya epidemic, authorities have started to look for and deal with stagnant watercourses in which mosquitoes breed.”

Africa in the Indian Ocean

The four independent states of the Comoros, Madagascar, Mauritius and Seychelles, as well as the two French overseas departments of Mayotte and Réunion, together with the British Indian Ocean Territory (also known as the Chagos Archipelago) constitute Africa in the Indian Ocean.