On the loss of a great Pan-African thinker 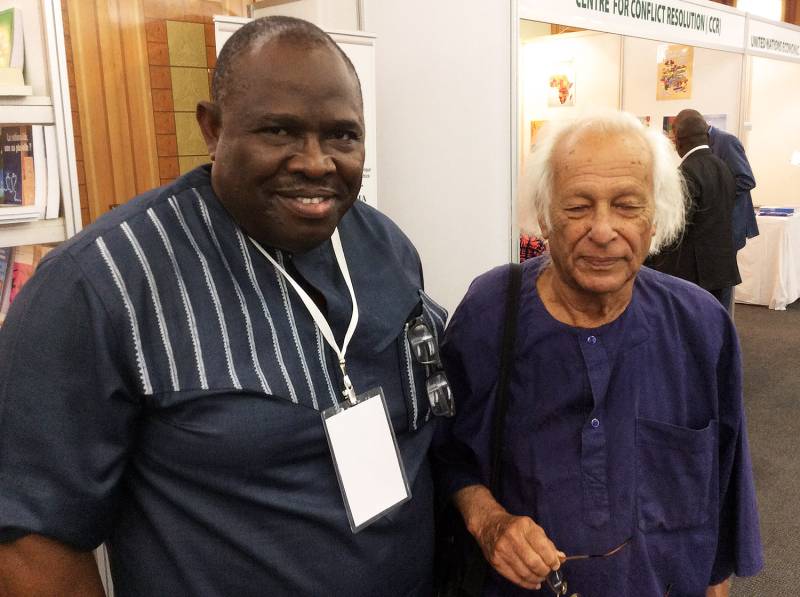 Victor Adetula and Samir Amin at the Codesria General Assembly in Dakar in 2015.

Economist Samir Amin (1931-2018) has died. Born in Egypt, he was a radical thinker and a key advocate of Pan-Africanism and south to south cooperation. Considered one of Africa’s foremost intellectuals, his advice was sought for by many governments in the aftermath of post-independence on charting a path not only for political but importantly economic independence. Sadly, at the time of his passing this has not been achieved. In a public lecture, given at the Nordic Africa Institute in Uppsala in 2008, he argued that Africa was experiencing a renewed scramble for its resources.

Professor Amin’s writings and advice remains highly relevant for Africa today – that African countries need to cooperate closely amongst themselves to reverse the unequal global terms of trade and relations they are entangled in. That they need to adopt a state driven redistributive agenda to address the poverty and growing inequality in African societies. That the neoliberal policy frameworks that they have adopted will not deliver a substantive improvement in the quality of life for the majority of Africans, and will in fact make many more destitute. A Marxist intellectual, Amin called for the need of a socialist transformation of Africa.

Samir Amin was one of the founders of CODESRIA, the Council for the Development of Social Science Research in Africa, to which NAI is a partner. He was CODESRIA’s first Executive Secretary from 1973 to 1975. On a personal note, I remember him from CODESRIA’s 2015 General Assembly in Dakar, where we participated under the theme of “Creating African Futures in an Era of Global Transformations”. His passing is a great loss to both Academia and Development Practice. 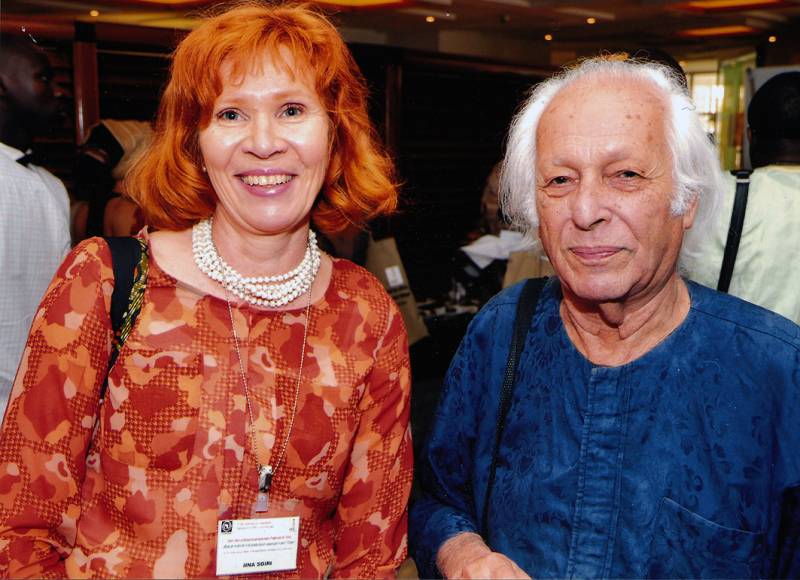 Iina Soiri and Samir Amin at the Codesria General Assembly in Dakar in 2013.

A fond memory of my meeting with the man who inspired my career choice
I met Professor Samir Amin in June 2013 at the 40th anniversary of CODESRIA in Dakar, where I presented greetings from the Nordic Africa Institute in its opening session, as representative of NAI, CODESRIA’s Nordic sister organization. During the event, I went to greet Samir Amin, telling him how he had a decisive influence on my career choice, as I read him (and Johan Galtung and Immanuel Wallerstein) as a young international relations student in Helsinki in the 1980s. Scholars like him made me understand the problematic and unequal relationship between North and South, as well as issues of underdevelopment. Samir Amin was seemingly delighted when I expressed my admiration and gratitude, but also perhaps used to hearing such stories, as he must have encountered many others who were inspired by his thinking. He was still very active in that CODESRIA conference, debating particularly with emancipated (younger) women during sessions and social occasions - He was smoking small cigars and drinking strong black coffee, all the time engaged in a heated debate, so full of life and enthusiasm.

This photo (see above) was shot at this memorable occasion and it has been on my office wall ever since. I am very proud to have read and met him, one of the greatest scholars of our times. His passing-away is a big loss, but he left such a big heritage in so many of us, who have tried to follow his lessons to seek and act for more just global order.