Historian Timo Särkkä teaches globalisation to students in Finland. He blends global competition for natural resources with small personal stories. A one-month stay as a guest researcher at the NAI library gave him more small stories from the copper belt regions in DRC and Zambia. 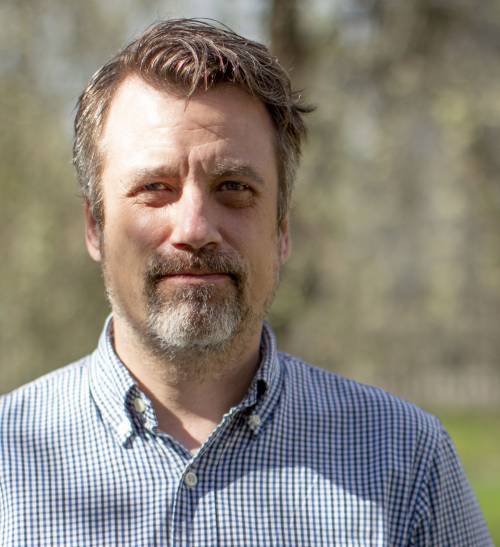 When global electrification began in the late 1800s, demand for copper soared because the metal was used in electrical cables. In addition, copper was widely used in ammunition. Thus, copper mining became a big industry and mining communities emerged along the copper belts.

When Timo Särkkä teaches his students at the University of Jyväskylä, he prefers to use stories that they can relate to. For instance, the story of Oskar Boijer, an engineer from southeast Finland who settled to Bulawayo in 1894 and was employed by the Tanganyika Concessions in 1900 to build a copper mine in Lubumbashi, what is now DRC. Or the story of Carl Eriksson who 1904 was responsible for the first European smelting operations in Kolwezi, also DRC, where they mixed local knowledge on copper smelting with Western technology.

"It gets more interesting, but also easier to grasp when students realise that the world was already interconnected at that time, and that little Finland also had contacts with Africa. One needs to bring the globalisation story down several levels to be more concrete when talking about it”, Särkkä notes.

For a time he taught at Kyoto Sangyo University in Japan. There he used a different example. Students know about the atomic bombs that were dropped on Hiroshima and Nagasaki, but perhaps not that the uranium they contained came from the Katanga region in DRC and was used in the US military’s Manhattan Project.

History is being rewritten all the time, Särkkä observes, which is why the subject fascinates him. Newly available sources bring fresh perspectives.

At the Mining District Walk in Johannesburg he realised how powerful mining companies once were. The impressive – and certainly once very expensive buildings – hosted one of the world’s largest mining companies such as the Anglo American.

"However, it can also be said that today the same building’s decay tells the reverse story – of mining companies not being as powerful any more”, Särkkä says.

On another occasion, when he was doing research at Manchester University, Särkkä visited the Textiles Gallery at the Museum of Science and Industry, which shows how harsh working conditions were in factories during the Industrial Revolution.

“There are many layers of exploitation in the process of turning raw materials into a finished product. African slaves in America cultivated cotton, which then came into the hands of children working in English industry.

"Today, instead of labour exploitation we talk rather about globalisation as a threat to the environment and climate and put strict demands on big companies. However, in developing countries, mining companies’ investments, for instance, are viewed as too important to mess with – just like it was in Europe not that long ago”, Särkkä concludes.