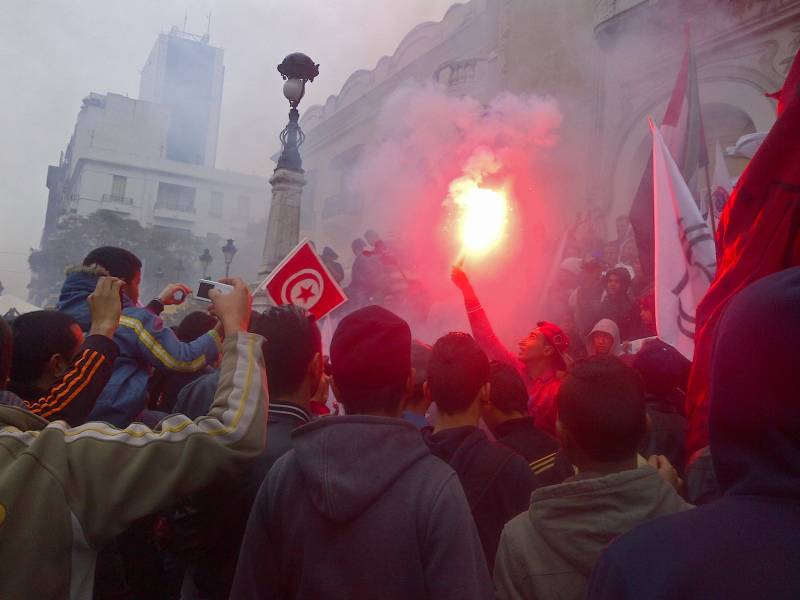 Habib Bourguiba Avenue, Tunis, January 2014. Street art and the use of public space for different forms of non-violent protest have an important function for young people, who often lack spaces and ways to express their opinions in post-revolutionary Tunisia. Photo credit: Magharebia.

Many young Africans have turned their backs on formal politics. They feel abandoned by a political elite who shows little understanding of their lack of life opportunities. In their search for new ways to reach influence, they are often met by demoralising reactions. A new book, based on 18 case studies from 14 African countries, examines the experience of being young in Africa today.

With a median age of only 19 years, Africa is by far the youngest continent. And with very few exceptions, all of Africa’s 55 countries have a very high proportion of youth compared to the rest of the world. According to Elina Oinas, one of the book’s editors, the high proportion of young people has given rise to a situation whereby adult life starts later than for previous generations, a so-called ‘waithood’.

“Young people in Africa today seem to have more obstacles than previous generations when it comes to entering adulthood. There is a lack both of work opportunities and places to move, so many have to stay at home with their parents longer than they want”, Oinas says.

Politicians, in Africa as well as in the rest of the world, tend to see the high proportion of youth as a threat. African leaders often frame them as a threat to security, and in the global North, Africa’s masses of young have caused great concern since being identified as a root cause of migration. Oinas disagrees with these alarmist views.

“They lead to the perception of youth as irresponsible. The view that they need to be catered for is a theme that comes back, over and over again, in the case studies in our research”.

From the youth’s point of view, the lack of economic and social opportunities has in many cases led to a cynical view of politics – at least, of politics according to Western notions of participatory democracy.

“Many of the young men and women interviewed even avoid using the word ‘political’ to describe their actions. In their world, politics is perceived as dirty gambling”, Oinas says. 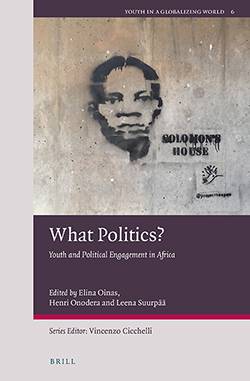 “They want jeans, not change”

Many older people regard the political struggles of today’s youth as less idealistic than previous generations’ fight against colonialism, imperialism and racist suppression. This perceived dichotomy between ideological and material interests is framed as a clash between Western and African values. The young people who do actually take on politics to improve their situation and fight for the hope of a better future are often met with accusations of being greedy, disrespectful and ‘un-African’.

“They want jeans, not real change”, is something Oinas hears often, trivializing young people’s efforts for a better life.

Also the accusation of being un-African has a strongly demoralising effect on the youth. Many of the case studies in the book bear witness to how young activists and former activists fight in a landscape of constantly being told that they were going against traditional African values. One example is from Nanna Jordt Jørgensen’s research in Laikipia in northern Kenya, an area dominated by sedentary pastoralist communities. One of the few livelihood options, apart from livestock rearing, is collecting and selling sand from communally owned deposits in dry riverbeds. The case study in the book describes how a group of young men had ideas about how to reorganise the community to make the sand business more profitable.

“Their vision was dismissed by the elders who argued that sand was part of the ancestral land and that selling it was against tradition”, Oinas explains.

What Politics? Youth and Political Engagement in Africa (Brill 2018)

The book will be launched at an open seminar in Reykjavik 3 May 2018.