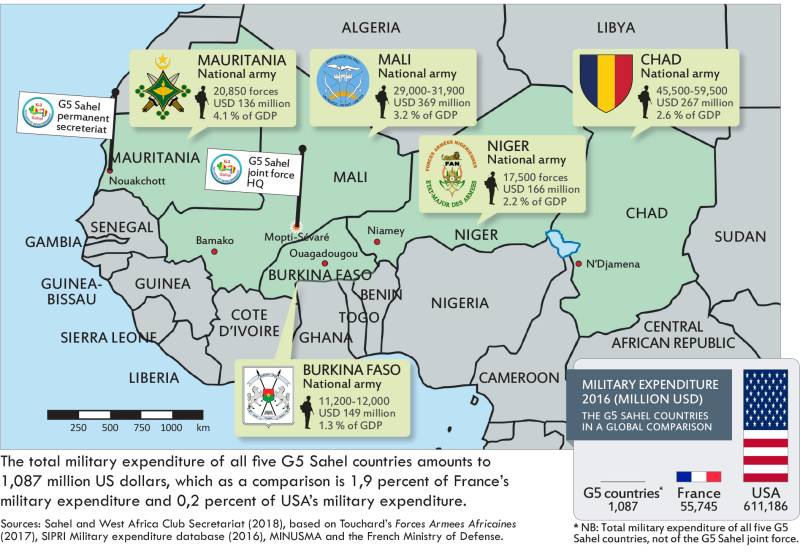 The G5 Sahel initiative goes some way to make up for the lack of cross-border coordination in the troubled Sahel region. But if the foreign powers and interests involved place a one-sided emphasis on fighting terror and stopping migration, it risks becoming yet another excuse to get more ‘boots on the ground’, says peace and conflict researcher Morten Bøås.

The instability that erupted in Mali in 2012 has led to military interventions by France, the EU, the AU and the UN. Despite all efforts by the international community and the states in the region, the situation on the ground has gone from bad to worse, as the conflict has spilled over from northern to central Mali.

“The situation in other parts of the Sahel is not yet as dire as it is in Mali, but all states in the region suffer from varying degrees of fragility and weak state capacity”, Morten Bøås explains in a new policy note from the Nordic Africa Institute.

To address the instability in the region, Mali and four other Sahel countries – Mauritania, Burkina Faso, Niger and Chad – formed the G5 Sahel framework for security and development cooperation in 2014. Morten Bøås argues that this initiative could become successful in tackling the root causes of the turmoil in the Sahel, for example infrastructure and food security, if only the external stakeholders – who will have to bear most of the cost – avoid framing it in the same narrow ‘war on terror’ approach as other ongoing international initiatives. However, he argues, right now it seems as though they are mainly interested in the G5 Sahel as an arrangement to get more ‘boots on the ground’.

“The danger is not only that the process will be rushed by external stakeholders who want to see swift results on the ground, but also that too much emphasis will be placed on narrow security parameters and far too little on the development parts of the G5 Sahel agenda”, Morten Bøås concludes in the policy note.

Morten Bøås is Research Professor at NUPI, the Norwegian Institute of International Affairs. He works predominantly on issues concerning peace and conflict in Africa, including issues such as land rights and citizenship conflicts, youths, ex-combatants and the new landscape of insurgencies and geopolitics.