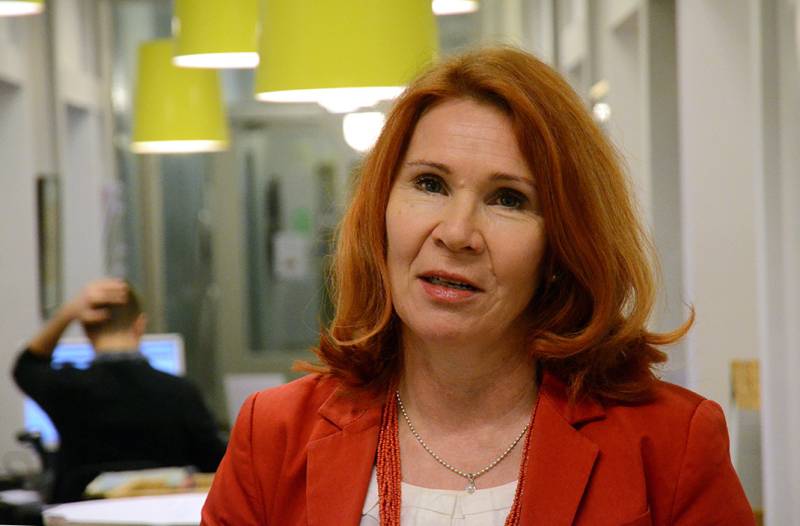 The political parties based on former freedom movements are losing ground, commodity prices still decide the fate of the economy, and agriculture faces climate challenges. NAI Director Iina Soiri looks ahead to African trends in 2018.

With the help of the Institute's researchers, Soiri has identified ten trends and observations for the coming year.​

"African agricultural economies have come a long way in breaking their dependence on rain, but climate change creates new challenges”, she says.

Even minor weather changes may cause major damage and lead to widespread poverty. Early warning systems, in Ethiopia, for example, make farmers better prepared for droughts. Long-term investments in hydropower are also contributing to positive developments.

The phrase 'Africa rising' was used extensively during the period 2005-15. At that time, the rate of Africa's economic growth was twice the global average.

“The explanation lay largely in China's then explosive growth, which is now on decline. African economies are still suffering from weak industrialisation and are heavily dependent on world commodity prices.”

3. Dominance of the informal sector

“Although development economists and foreign aid experts focus largely on the formal sector and on attracting multinational companies to invest in Africa, the majority of Africa's working population is still active in the informal sector, either self-employed or as jacks of all trades. That is where most jobs are created.”

“There is a lot of talk about Africa's growing middle class. But it is misleading, or even potentially dangerous, to see it as an instant recipe for democratic and social development.”

Researchers have not been able to show that there is a strong causal connection between a growing African middle class and development of democracy, fair income distribution or extensive social security networks.

5. Failure of the neoliberal model

“The neoliberal model dominated foreign involvement in Africa after the cold war. But it has not succeeded in meeting the challenges”, Soiri says.

Neoliberalism advocates administrative, technical and external solutions to problems that are political and local. It also relies heavily on external experts and models.

“As an alternative, there is a progressive, popular model with solutions that take into account local circumstances. It relies, for example, on inclusive negotiations and dialogue.”

“The AU and regional economic communities (RECs) have managed to find African solutions to African problems, both in economic cooperation and in peacebuilding, but they have limited possibilities.”

Among other challenges the AU and the RECs (regional economic communities) lack resources and capacity. Geopolitical interests and tradeoffs also play a vital role, especially since the superpowers wish to dictate the conditions, based on their own geopolitical interests.

7. The death of ideology

“Many African countries are dependent on foreign aid. The World Bank, the International Monetary Fund and other donors and investors have the power to control the countries’ economies”, Soiri says.

These powerful donor institutions require the countries to develop multi-party systems and a pluralist societies, but at the same time demand that they adhere to a primarily neoliberal economic policy. The effect is a levelling of the parties' ideologies. Politics tend to be more about loyalty over ethnicity, clan and religion, than about political issues or class interests.

“Migration is often seen in the rich countries of Europe, and elsewhere, as a problem which can be addressed by investing in poverty reduction, job creation and education. However, research suggests that improved living conditions in fact increases migration. At least in the short term.”

Efforts to reduce the vulnerable predicament of migrants and to open up for more legal and safe ways of coming to their countries, could instead be a more humane - and cost-efficient - immigration policy.

“The political parties that were formed out of the freedom movements in southern Africa have been in power since independence. But in South Africa, the African National Conbress actually risks losing the next elections in 2019. They have lost their position as the nation's liberator and a regime shift would send strong signals to other countries.”

Young people today lack direct links to the struggle for freedom and are assessing parties and governments based on of what they are delivering today. Support will be needed to develop democratic institutions that ensure functioning judicial communities, regardless of government.

10. Development assistance as a complement

“Development assistance should be based on the policies of individual countries. For example, if the country has a strategic focus on energy supply, this is where financial assistance can be of greatest use. Humanitarian aid is of course another issue”, Soiri concludes.

One event on economics and industrialization will be held in Cape Town. Photo: Gilbert Sopa Kuwa/Flickr
For NAI Director Iina Soiri networking with African researchers is the best way to understand the development of the continent.

“We need to build platforms for shared understanding with our African colleagues”, she says.

For the upcoming year, NAI has several new collaborations in progress, including with IESE in Mozambique, Freedom Park in South Africa and the University of Ibadan in Nigeria. The institute will employ new researchers for the focal areas, which today are five:

The Nordic Africa Days will be NAI's major event in 2018. They are held in Uppsala in September, with mobility and migration as a theme.

“The subject is mobility at all levels. People, goods, capital, ideas. We will include workshops on migration with African partners.”

The so called refugee crisis and migration from Africa are just one part of the theme.

In 2018 NAI will focus on developments in southern Africa. An event on the role of the regional organization SADC for security and peace work, will be held in Botswana. Another event will be held in Uppsala in May together with British Zimbabwe researchers and the Swedish embassies to southern Africa. It will deal with political, social and economic development in the region.

“The progress towards democratisation has taken a few steps back in these countries. We are seeing a development of increased corruption and mismanagement. The former freedom movements show authoritarian tendencies, for example, the scope for freedom of expression is shrinking”, says Soiri.

On the NAI agenda for 2018, there are also events in Maputo, Mozambique (rural spaces), Cape Town, South Africa (economics and industrialization) and in Bahir Dar or Mekelle, Ethiopia (water governance).

Soiri has noted that the Nordic governments' need for advice on Africa is increasing, especially in connection with Sweden's work in the UN Security Council.

“It is important that the research we support is well integrated with our strategic goals. It worked well with 2017 Claude Ake guest professor Rachid Tlemcani. He contributed to strengthening the Institute's North African focus”, observes Soiri, who is now in the process of appointing next year's guest professor.