The colonial past is not the greatest obstacle to development in Africa, according to NAI guest professor Rachid Tlemçani, but rather political corruption in African elites. He is hopeful about young Africans making a stand against authoritarian regimes.

Tlemçani is Professor of International Politics at the University of Algiers. He holds the 2017 Claude Ake Visiting Chair, a collaboration between NAI and Uppsala University’s Department of Peace and Conflict Research.

Although he is studying the reasons why well-being and social progress are not being delivered as hoped for in African countries, he is nevertheless optimistic about the new generation. 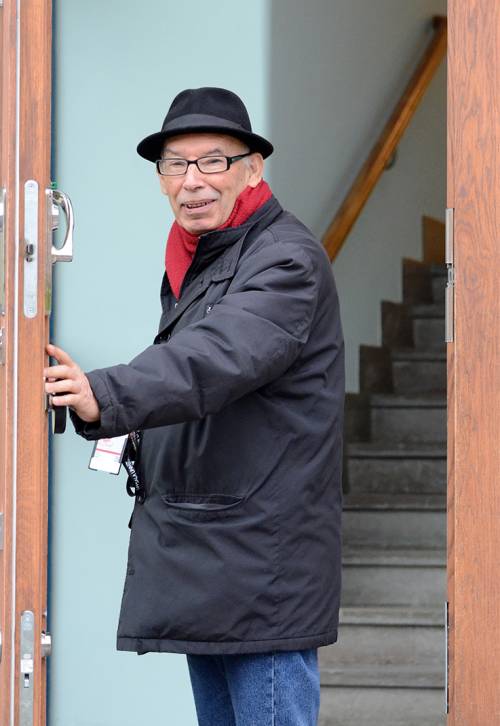 “Wherever you go in Africa you see young people marching, demonstrating. They welcome democratisation”, Tlemçani says.

His current research focuses on why Africa, although rich in human and material resources, has not reached the take-off stage of economic growth.

“The answer given by most scholars and pundits to this question is ideological: people try to explain it by referring to the colonial past. Myself, I completely reject this approach. There are historical elements that have contributed to the current situation. But the crucial elements are linked to politics that have been implemented by African elites in the post-colonial period.”

Because of widespread political corruption, the revenue from oil and other natural resources has not been properly used to enhance the well-being of the majority of people.

“Elites in power try very hard to keep it. And they don’t consider themselves as civil servants. On the contrary, they use the apparatus of government to accumulate wealth for themselves, their family and their ethnic group. There is not one single African leader who doesn’t hold on to big money abroad.”

The result is a siphoning off of funds sometimes large enough to pay off national debts.

“To bring that money back to African countries would be the dream, but of course that is not possible. Furthermore, European countries and banks are not helpful in these matters.”

Tlemçani does not adhere to the pessimistic view that considers Africa to be a lost cause. Instead, he sees opportunities for new development, based on a powerful drive among the young generation for more horizontal and locally adapted forms of democracy.

He also considers human capital in African countries to be a future advantage. For instance, African labour can help settle the social security crises caused by an ageing population in Europe.

Speaking of migration, Prof. Tlemçani doesn’t even use the term if he can avoid it.

“I prefer ‘solidarity’. Europe and Africa have a common future, as I see it.”

According to him Europe would do better to build bridges instead of barriers. The present politics is short-sighted and dangerous, and could possibly lead to a backlash, especially considering the environmental challenges ahead.

Nevertheless, he sees a historical change in developments such as the Arab spring.

“I disagree with the notion that the Arab spring has been a failure. People took to the street by themselves and made a stand against authoritarian regimes. The cost has been high in many places, often because of external pressure. But a wall of fear has been broken. People are not afraid anymore.”

The change will continue, as the younger generation has a different mindset: more open because of globalisation and new media, and better educated than their parents.

“Things are moving, and I am very optimistic.”