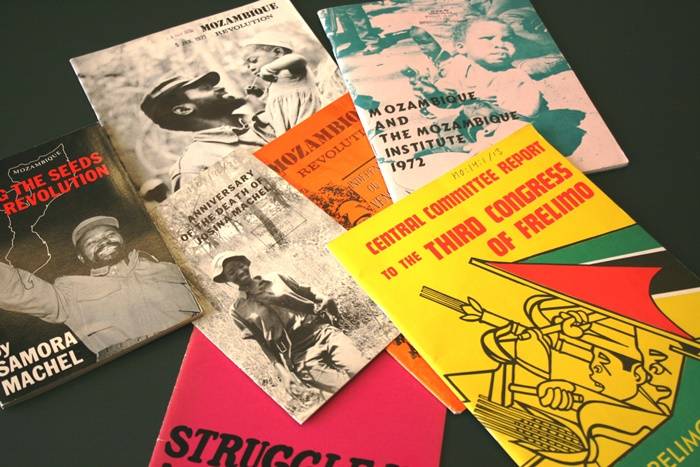 It started with a conversation at a conference and ended up as a UNESCO project at the Nordic Africa Institute. The collaboration with UNESCO and the National Archives of Tanzania, as part of the larger TAHAP (Tanzania Heritage Archives Project) project, means that unique documents are digitized at the institute.

The documents housed at the Nordic Africa Institute consist of pamphlets, brochures, essays, documents, posters, leaflets, telegrams and incomplete periodical series. A major part of the collection originates from or deals with African liberation movements.

For Tanzania, material about the country’s own liberation or involvement in the struggle of other African countries is of interest. NAI lists the available material, sends the list to the National Archives in Tanzania, which returns with a request about which material should be digitized.

“Digitization is crucial for all special libraries in order to make sure that unique resources are saved for future generations. This project is an opportunity for us to improve our digitization capacity and stay up-to-date with the latest progress”, says Åsa Lund-Moberg, head of the NAI library.

Copyright and licensing can cause a halt in the ongoing development. Authors and photographers need to be contacted to approve the use and dissemination of the digitized material still covered by copyright. In this particular UNESCO project, the Tanzanian partner is handling this aspect.

“Hopefully, when the project is finalized the documents will be made available to the public”, says Iina Soiri.

The Swedish engagement in the African liberation movements generated political flyers, posters and literature making its way to the Nordic Africa Institute library during the sixties, seventies and eighties.

The original documents will remain archived at the Institute. Due to the extent of the material and lack of resources, it is only being listed and not fully cataloged. The lists will give interested users an overview of the content of the collection and it will be digitally searchable.

‘The Nordic countries and Africa: old and new relations’

SCOLMA - the UK Libraries and Archives Group on Africa

The initiatives to effectively manage the records and archives started in 1963 when the President issued Circular No.7 which emphasized the proper care and disposal of public records. The newly independent Tanzania saw the importance of proper records and archives management in order to implement effectively the new roles. For that reason, the government established the National Archives of Tanzania

External link, opens in new window. in 1964, and subsequently enacted the National Archives Act No. 33 of 1965. This Institution was mandated to safeguard the archives of the United Republic of Tanzania.

External link, opens in new window. aims at strengthening the preservation and promotion of Tanzania’s heritage archives, with a particular focus on the larger African Liberation Heritage due to Tanzania’s contribution to Liberation movements in different countries. The project, managed by UNESCO and funded by the European Union, is an unprecedented attempt to identify the content of Tanzanian heritage, which is not fully accessible and hence, little known.