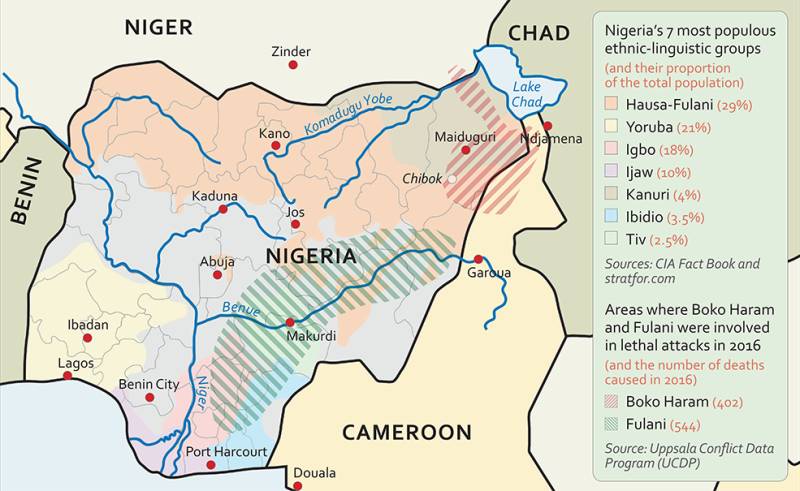 The Fulani constitute about 19.4 million people, which is more than 10 percent of Nigeria’s population. In 2016, the number of deaths in organised violence in which the Fulani were involved was higher than that of Boko Haram.

The local vigilante forces, that once helped the government army to push back Boko Haram, are now a threat to security and must be demobilized. Also, land-related conflicts between farmers and Fulani herdsmen need to be solved before they escalate further. These are a couple of recommendations in a new policy note on the crisis in Nigeria and the Lake Chad Region.

“The military has reclaimed the territory and the violence is diminishing. However, Boko Haram continues to spread insecurity in the Lake Chad region,” says Henrik Angerbrandt, researcher at the Nordic Africa Institute.

The armed vigilante groups are not subject to any formal command

Another, possibly even bigger, security threat is the many civilian vigilante groups that have mobilised over the past years in communities where government troops could not offer sufficient protection against Boko Haram. After having played a crucial role in the fight against Boko Haram, they now constitute an impending risk.

“The armed vigilante groups are not subject to any formal command, but demand recognition and compensation for their efforts,” says Henrik Angerbrandt who advices policy-makers to push for their demobilisation.

According to Angerbrandt, intergovernmental cooperation in the Lake Chad region is essential to overcome many of the challenges posed by and beyond Boko Haram. But although regional communities like ECOWAS are already in place for military cooperation, the regional demarcations have not been designed with present threats in mind.

“There is also need to coordinate regional plans for social and economic development along with security” Angerbrandt explains.

The security landscape in the Lake Chad region is increasingly defined by violent conflicts between herdsmen and farmers. More people were killed in these conflicts than by Boko Haram in 2016. The attacks tend to feed ethnic and religious grievances as most pastoralists are Fulani, a predominantly Muslim ethnicity. In Christian-dominated areas – for example, in central and southern Nigeria – it is common to associate attacks with political ambitions, and claims of ’Islamisation‘ are widespread in relation to the violence.

“This is partly due to the last decade of violence which has forced Fulani herdsmen further south. But it is also a consequence of shrinking grazing routes due to expanding commercial land holdings, climate change and desertification,” says Henrik Angerbrandt, advising policy-makers to invest in resolving land-related conflicts before they escalate further.