Her mission: to bring African books to a global audience 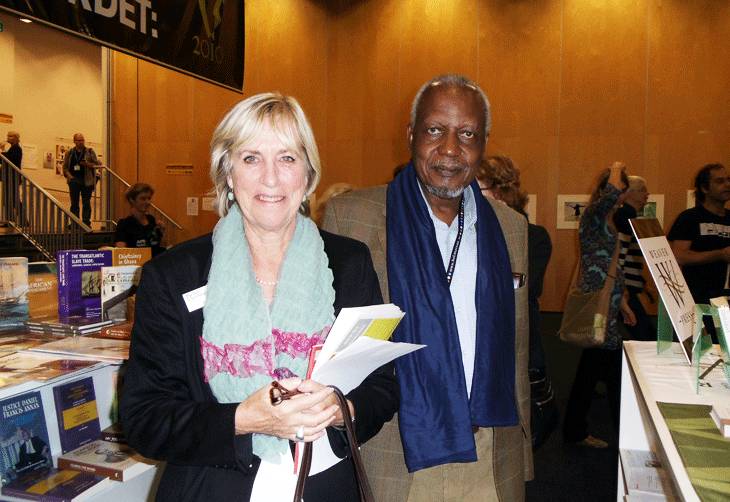 British publisher Mary Jay has devoted her professional life to promoting the publishing industry in Africa. She is a director of African Books Collective (ABC), a non-profit, worldwide marketing and distribution outlet for more than 180 African publishers from 24 countries.

Mary Jay has spent the past three decades promoting the works of African authors and academic scholars to a global audience. She sees a positive long-term trend for reading, writing and book publishing in Africa. In general, literacy in Africa has increased significantly over the past decades. The relative number of research papers published in scientific journals with at least one African author doubled from 1996 to 2012.

However, there are worries, not least when it comes to academic publishing. For example, a recent study of African university presses by non-profit publisher African Minds Trust highlights a low publishing rate and lack of technological advance.

“Less than 40 percent of the examined university presses published any titles at all over all of last year. Surprisingly many do not have ebook channels or online ordering systems. Few are active on Facebook and other social media,” says Mary Jay.

The lack of a competitive publishing industry in Africa makes it difficult for African scholars to have their works published and their research findings disseminated. They turn to US and European publishing houses. That way African economies lose both work opportunities and intellectual property rights. But more importantly, according to Mary Jay, it undermines the free and independent voices of Africa and efforts to build a viable and relevant knowledge industry.

“Surprisingly few are aware of the importance of encouraging and supporting African publishing, even in the academic world of the Global North. Today in many UK universities, and probably elsewhere in the world as well, you can take a degree or master’s in African Studies without reading a single book published in Africa,” she says.

In many African countries and regions, like so many other sectors the book market has also been infected by corruption and unfair competition, in some cases caused by big and powerful actors from the Global North. Mary Jay knows of at least two UK-based publishers that were sanctioned by the World Bank for corrupt practices in African markets. In 2011, Macmillan was fined for paying bribes for orders of educational books in South Sudan to win multimillion-pound publicly tendered contracts. In 2012, Oxford University Press was fined for bribing government officials, through its subsidiaries in Kenya and Tanzania, for contracts to supply school textbooks.

Paradoxically, development aid can also have negative effects. In some cases when big donor organisations send large quantities of books, often textbooks for educational purposes, they unwittingly kill the market for regional or local publishers and writers. The donor books are almost without exception published outside of Africa, and written by non-African authors.

“I believe it is vital that African children have access to books published from within their own cultures, books that relate to their own lives and experiences. It would be preferable for Northern donations to be in the form of budgets for purchase, rather than the expense of shipping container-loads of books, which are too often simply library or publisher overstocks,” Mary Jay argues.

Another recent trend, that has changed the game plan for publishers, has to do with VAT (value-added tax). VAT rates on books vary a lot between different African countries, and also depending on whether they are printed or e-books. Although many experts advocate zero-rate VAT as good policy to support reading, education and the knowledge economy, some countries are going in the opposite direction. In Kenya, the recent introduction of a 16 percent VAT rate on books caused a dramatic drop in book sales.

“In economies with feeble fiscal structures and weak formal sectors, as in many African countries, VAT often makes black market sales soar. In Kenya, estimates show that the sale of pirated books is now bigger than the legitimate market,” Mary Jay says.

Although ABC is striving hard to increase book sales in African countries, the book collective’s main focus is the worldwide market, primarily Europe and North America.

“Over 60 percent of our sales are to the US, and only 5 percent to the entire African continent – almost all of it to South Africa, where libraries have reasonable funding and are our main customers,” Mary Jay explains.

The predominance of the US and European markets limits the linguistic range of the titles in ABC’s repertoire.

“More than 90 percent of our books are in the English language, but we also have some in Swahili and a few other languages. Ever since the start, we have been trying to include African francophone publishers as well, but traditions are hard to break. They are mostly managed from Paris.”

Mary Jay emphasises the irreplaceable role of indigenous publishers when it comes to promoting literature in African languages.

“Most books published in Africa are in English, French or Portuguese, but only one-quarter of the continent’s entire population speak these as either first or secondary languages. And, of course, even fewer read them. It is a dream and ambition of mine that we widen our assortment of titles in more African languages, especially when it comes to children’s books,” Mary Jay says.
PHOTO: Justin Cox
TEXT: Henrik Alfredsson 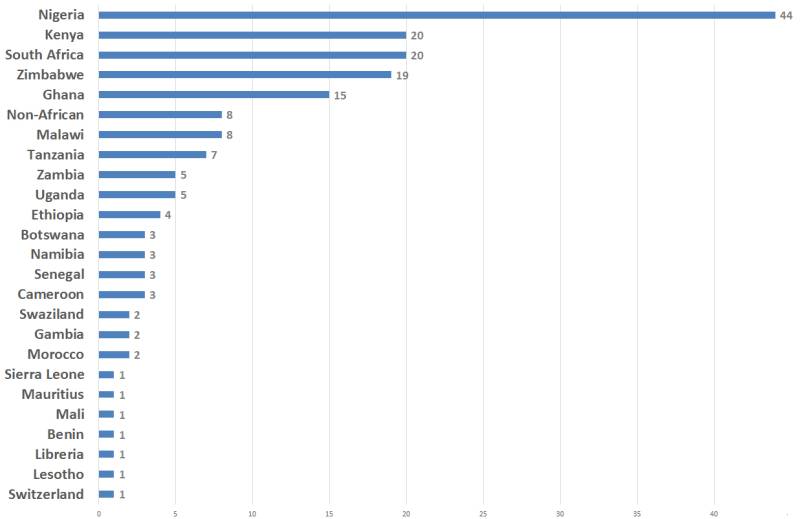 ABC publishers per country. Nigeria, Kenya, South Africa and Zimbabwe is where ABC has its strongest base. More than half of its publishers come from these four countries. 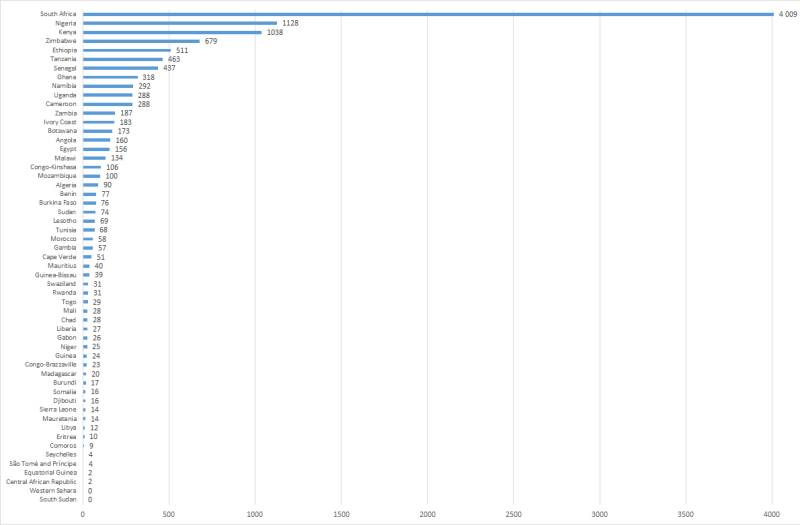 The NAI Library Collection has almost 12,000 titles from African publishers, not counting official documents and uncategorised pamphlets. More than half of these titles are published in South Africa, Nigeria and Kenya.