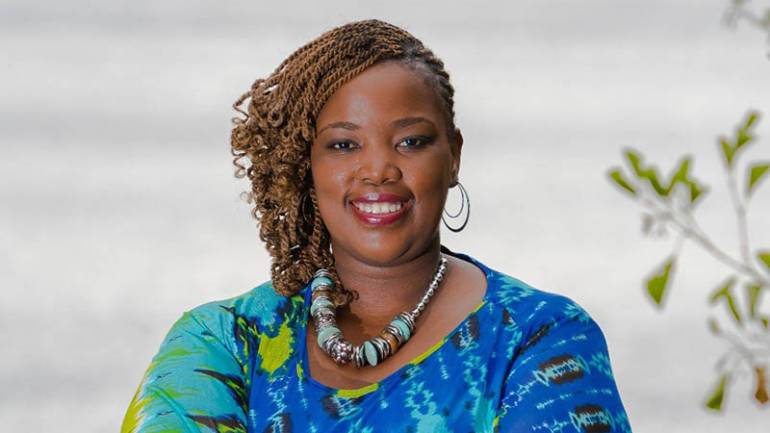 An evening focused on the power of literature in a context of repression, with acclaimed Zimbabwean author Novuyo Rosa Tshuma.

Organisers: The Nordic Africa Institute and the Nordic research project Literatures of Change: Culture and Politics in Southern Africa.

Free entrance, no need to register, all are welcome!

Ashleigh Harris is Associate Professor at the Department of English, Uppsala University, Sweden. She is primary Investigator in the research project ‘African Street Literatures and the Future of Literary Form’, Swedish Research Council (2017–2020) and co-investigator (with Lynda Gichanda Spencer) in a ‘Contemporary African Texts and Contexts: Decolonising the archive, genre and method’, STINT and the National Research Foundation of South Africa, (2018–2021). Harris has recently completed a monograph, De-realization and the Contemporary African Novel, which is to appear in Routledge’s ‘Literary Cultures of the Global South’ series in 2019. Recent publications appear in Journal of African Cultural Studies, Postcolonial Text and Safundi.

Keynote: Rewriting the repressed: adaptations of a Zimbabwean story

This paper argues that political repression influences literary texts, not only on the basic level of content, but on the material and formal levels of medium and style. The paper sets up this idea via a case study of various versions of a story by Zimbabwean writer Christopher Mlalazi. Mlalazi’s story appeared first as a short story on a Swedish blog in 2011. It was then published as a novel, Running with Mother in 2012 by Zimbabwean-based Weaver press. In that same year, the story was also adapted into a play script. The original version of the story, which was written in 2010, has been published in a book collection of Zimbabwean stories entitled Writing Lives (Weaver Press) in 2013. This kind of adaptability of literary form to political censorship concretizes a key theoretical and methodological position from which one reads literary form as an imprint of social, economic, political and even personal relations and pressures.

This paper proposes that adaptability of form is fast becoming a literary norm in sub-Saharan African literature. It explores what this means for the future of the book on the continent, as well as what it might demand of literary scholars by way of new methodologies of archiving and reading.

Novuyo Rosa Tshuma is the author of the novel House of Stone, winner of the Edward Stanford Travel Writing Award for Fiction with a Sense of Place, and longlisted for the 2019 Swansea University International Dylan Thomas Prize and the 2019 Rathbones Folio Prize. In 2017, she received the Rockefeller Foundation’s prestigious Bellagio Center Literary Arts Residency Award for her work. A graduate of the Iowa Writers’ Workshop (2015), where she was a Maytag Fellow and a recipient of a Rydson Award, she is a native of Zimbabwe and has lived in South Africa and the USA. Shadows, her short story collection, was published to critical acclaim by Kwela in South Africa (2013) and awarded the 2014 Herman Charles Bosman Prize. Novuyo’s writing has been featured in numerous anthologies, most recently McSweeney’s and The Displaced: Refugee Writers on Refugee Lives edited by Viet Thanh Nguyen. Novuyo serves on the Editorial Advisory Board and is a fiction editor at The Bare Life Review, a journal of refugee and immigrant literature based in San Fransisco.

Recent years have seen an extraordinary explosion of work with regards to Zimbabwe’s violent political history, by inter alia the film maker Zenzele Ndebele, public intellectuals and cultural leaders such as Pathisa Nyathi and Kgosi Nyathi (museums, biography, cultural centres), journalists such as Mkhululi Sibanda, and a range of young activists who have regularly engaged in public performance and protest around this history. Novuyo Rosa Tshuma’s critically acclaimed novel House of Stone is a direct and unflinching contribution to this broader public, cultural production. Tshuma has spent recent months in Zimbabwe and South Africa embedded in these networks and playing a role in directly challenging not only state narratives regarding the past but also aiding, hand in hand with this wider network of public intellectuals and artists, a public telling of ordinary people’s complex stories about this past, which have often been relegated to private spheres or not spoken about at all.

Hailed by Helon Habila in the Guardian as a narration not only of 'Zimbabwean history, but also all of African colonial history,’ and by Dinaw Mengestu in the New York Times as a ‘radical retelling of the past’ that ‘is a sublime performance of narrative possibilities,’ House of Stone explores Zimbabwe’s history, from the fall of Rhodesia right through the early years of Zimbabwe, during the Gukurahundi Genocide, to the contemporary moment in the year 2007, going back in time and memory to the arrival of Rhodes and his British South Africa Company in the late 19th Century. The work is a densely peopled, darkly humorous, telling of Zimbabwe’s various stories, of how violent histories force the making and unmaking of kinship and ancestry in such strange, revelatory ways.

The evening is a collaboration between Nordic Africa institute and the research project ‘Literatures of Change: Culture and Politics in Southern Africa’. The project is a joint Nordic research project led by Dr Astrid Rasch, Associate Professor, Norwegian University of Science and Technology. This opening event is the first of three planned workshops throughout the Nordic countries funded by Joint Committee for Nordic research councils in the Humanities and Social Sciences (NOS-HS).