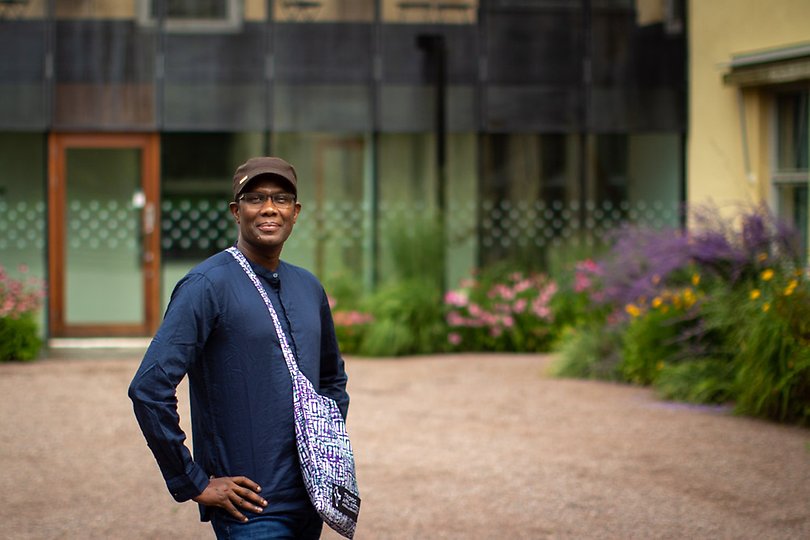 Papa Sow is a senior researcher interested in African social science studies, with special focus on Migration, Demography, Climate Change, Biodiversity and the anthropology of the body.

Papa Sow started working on migration issues 2000 when he studied Senegalese and Gambians peddling in the Spanish streets and working in agricultural sector in Spain. Since then, he has worked in different research projects and participated in the evaluation of several programs ranking from issues of migration, environmental impacts to land grabbing and climate change in Africa. Most of his field study was The Mediterranean countries (Spain, Italy) and the migratory fluxes coming from or inside West Africa. He did fieldwork in several West African countries in which his work consisted to follow migrants and to interview them on various issues: transnationalization, transhumance, rural exodus, routes to Europe, etc.

Papa Sow holds a Master in Geography (1995, ex-University of Saint-Louis, current Gaston Berger University in the North of Senegal) and a PhD in Human Geography from the Autonomous University of Barcelona, Spain (2004). His PhD Thesis is titled: “Senegalese and Gambians in Spain: Geo-sociological analysis of their spatial and social migration networks”, Geography. After he did a Post-doc in the ex-CRER (Center for Ethnic Relations, University of Warwick, United Kingdom) when fully awarded with a Marie Curie fellowship between 2009 and 2012.

Between 2012 and 2017, he worked as a Senior Researcher at the Centre for Development Research, University of Bonn, Germany in the WASCAL project – West African Service Center on Climate Change and Adapted Land Use – funded by the German Ministry of Education. His research focuses on Population dynamics issues with special links to African migrations and climate variability/uncertainties. His study countries are: Senegal, The Gambia, Benin and Niger. Previously he did several fieldworks in Ghana and also Morocco.

From 2018 till he joined NAI, he collaborated with IFAN (Institut Fondamental d’Afrique Noire, UCAD-Dakar, Senegal) on several research projects.