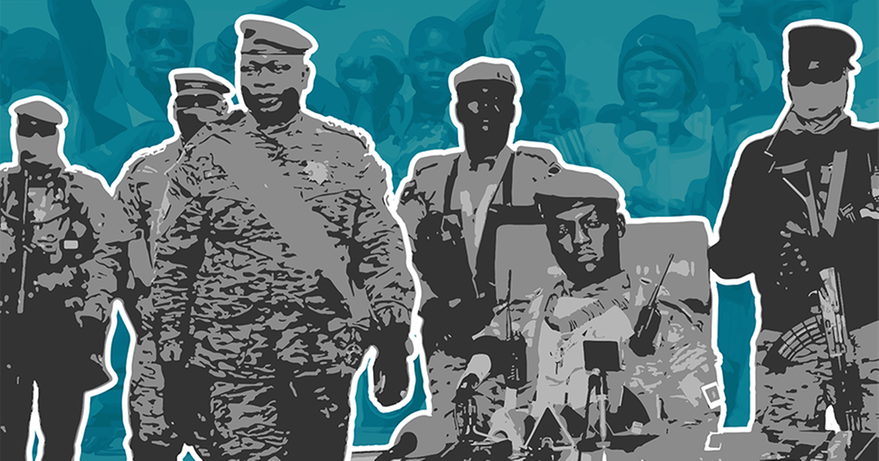 A new episode of the Nordic Africa Podcast: We discuss the epidemic of coups in West Africa and its causes.

On September 30th, a fraction of Burkina Faso’s army under the leadership of Ibrahim Traoré, a young army captain, led a coup in Burkina Faso. A couple of weeks later he was sworn in as interim president, vowing to win back territory from jihadists. This was the second coup d’état in Burkina Faso this year and part of a trend the UN Secretary-General has termed “an epidemic of coups” in West Africa. Apart from Burkina Faso and Mali, who both witnessed two recent coups, there have also been coups and coup attempts in Guinea-Conakry, Guinea-Bissau and Niger.

In this episode of the Nordic Africa Podcast, we talk about the main actors and causes behind these coups and the development of democracy in the region. With us are three senior researchers from the Nordic Africa Institute (NAI); Papa Sow, geo-sociologist with a focus on migration and climate change; Cristiano Lanzano, social anthropologist with a background in political science and development studies; and Jesper Bjarnesen, anthropologist working mainly on migration and mobility in West Africa.

Podcasts from The Nordic Africa Institute