Researcher: ECOWAS is in bad shape and must be transformed 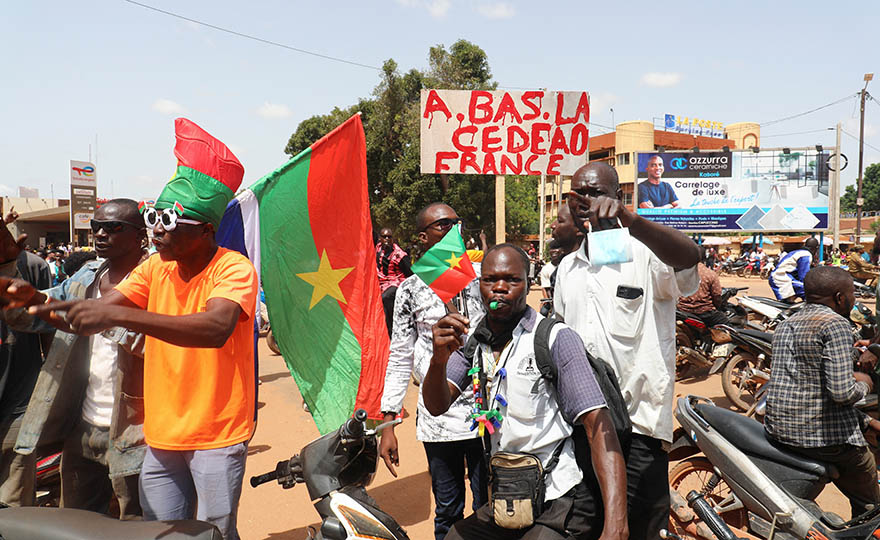 The political and humanitarian crises in the Sahel underline the urgent need for the Economic Community of West African States (ECOWAS) to transform and live up to its norms on good governance and democracy, according to Prof. Emmanuel Kwesi Aning, Claude Ake Visiting Chair at the Nordic Africa Institute.

When delegates of the Economic Community of West African States (ECOWAS) arrived in Burkina Faso’s capital Ouagadougou on 4 October, following the country's second military coup this year, they were met by crowds shouting, “Enough with the ECOWAS bloc, enough with France”.

The hostile reception represented a crisis of credibility for the West African organisation, which works to promote economic integration, democratic governance, and peace and security in the region. People in the Sahel are frustrated by their governments’ inability to stop attacks by militant Islamist groups.

In the first eight months of 2022, more civilian fatalities were reported in the Central Sahel – Burkina Faso, Mali and Niger – than in all of 2021, with at least 2,050 civilians killed, according to non-governmental organisation the Global Centre for the Responsibility to Protect. 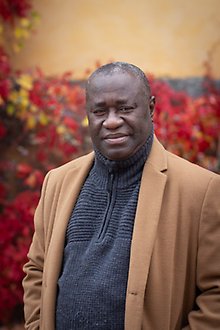 Many of the protesters in Ouagadougou were waving Russian flags, calling for military cooperation with Moscow. Last year, Mali’s military-led government hired Kremlin-linked private military contractor the Wagner Group to fight Islamist extremists in the country.

“There is a general frustration among people in Burkina Faso and Mali with the lack of results from ‘the old’ international actors in the Sahel – with France and the United Nations missions. ECOWAS is grouped in that same category of traditional international brokers”, says NAI Senior Researcher Jesper Bjarnesen.

ECOWAS’ unpopularity also relates to the sanctions it has imposed on Mali and Burkina Faso following the military takeovers in 2021 and 2022, according to Kwesi Aning, guest professor at NAI and a director of the Faculty of Academic Affairs & Research at the Kofi Annan International Peacekeeping Training Centre in Accra, Ghana.

“The sanctions did not touch the political elites of the two countries. Instead they applied to the poor woman selling fish at the market or the ordinary Fulani man who wanted to take his cattle across the border. That is hypocrisy”, Aning says. 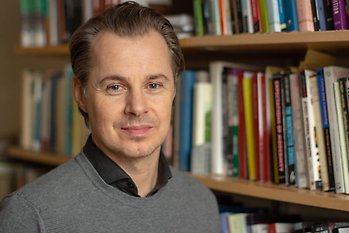 The West African organisation’s approach to sanctions is symptomatic of a general disconnect between rhetoric and action, which is damaging the organisation’s credibility, according to Aning. As examples of where ECOWAS should have acted but instead remained silent or even applauded undemocratic leadership, Aning mentions Ivorian President Alassane Ouattara’s manipulation of the constitution before winning the 2020 election in Côte d’Ivoire; and corruption under Ibrahim Boubacar Keïta, president of Mali from 2013 to 2020.

ECOWAS’ Supplementary Protocol on Democracy and Good Governance, adopted in 2001, makes clear that the organisation must take action against an incumbent government that fails to adhere to democratic principles – when the media are suppressed, when the judiciary is controlled by the government or when the parliament is starved of money. It has repeatedly failed to do so, Aning says.

“The constant inconsistencies make people raise fundamental questions about ECOWAS. ‘If this is not an organisation that can ensure that rules are applied across the board in a neutral, objective manner, then is it an organisation worth supporting?'” Aning says.

Its headquarters are located in Abuja, Nigeria. Its overall objective is to promote cooperation and integration and to stimulate economic growth and development in West Africa. While originally primarily aiming to promote economic integration, it has increasingly taken on tasks of enhancing political and security cooperation.

However, ECOWAS still plays an important diplomatic role in the region, especially during political crises such as the 4 October coup d’état in Burkina Faso, says Bjarnesen.

“This behind-the-scenes diplomatic work can be hugely important for keeping doors open for a return to democracy after a military takeover”, Bjarnesen says.

One of ECOWAS’ weaknesses has to do with its poor image, which in turn is the result of poor messaging, Bjarnesen notes.

“ECOWAS’ way of emulating international actors such as the European Union and African Union has not served it well. It could benefit from actively promoting itself as an organisation owned by, and serving the interests of, the peoples of West Africa”, Bjarnesen says.

Multiple violent crises in the Sahel, damage to trade and labour markets caused by the Covid-19 pandemic and democratic backsliding in many member countries all underline the need for urgent action. However, before ECOWAS can take on the role of stabilising the sub-region, preventing the expansion of extremist groups, and developing economies, it must start by transforming itself, according to Aning. 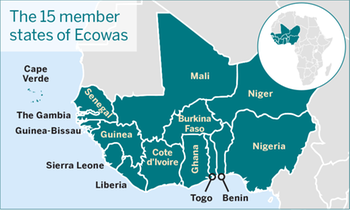 In August 2022, a new group of leaders took the helm at the ECOWAS Commission, the organisation’s executive body, which should provide opportunities for long-needed change. The appointment of Ghana’s Abdel-Fatau Musah, a former head of the Africa division of the United Nations, as ECOWAS Commissioner for Political Affairs, Peace & Security is of particular importance, according to Aning.

“He is an individual with enough intellectual strength, moral integrity and international experience to get the job done. He is also not afraid to speak truth to power”, Aning says.

If the new leadership is serious about transforming ECOWAS, it must be prepared to take on opposition both inside and outside the organisation – to make sure that ECOWAS lives up to its own rules and meets its targets and, perhaps more importantly, to explain the crisis to individual West African heads of states.

Developed in 2001 as an expression of a new, collective political resolve of ECOWAS member states to take the process of preventing and resolving crises and violent conflicts forward, and to achieve peace and security through the development of democracy and good governance. The protocol marks an important stage in the sub-region’s political development, which was characterised for long periods by armed forces’ deep involvement in political decision-making.

Aning warns that continued mishandling of West Africa’s multiple crises will lead to more social upheaval and even stronger autocratic tendencies in the region.

“Governments that are desperate will need an external force to support them, such as the Wagner Group in Mali. But autocratic states such as Russia or China cannot help to fulfil the aspirations of ordinary West Africans”, according to Aning.

The ongoing regional crises and geopolitical instability should be a moment for ECOWAS leaders to return to the norms on collective political resolve formulated in the Supplementary Protocol more than 20years ago.

“Everybody wins if a successful transformation of the organisation can be performed”, he says.