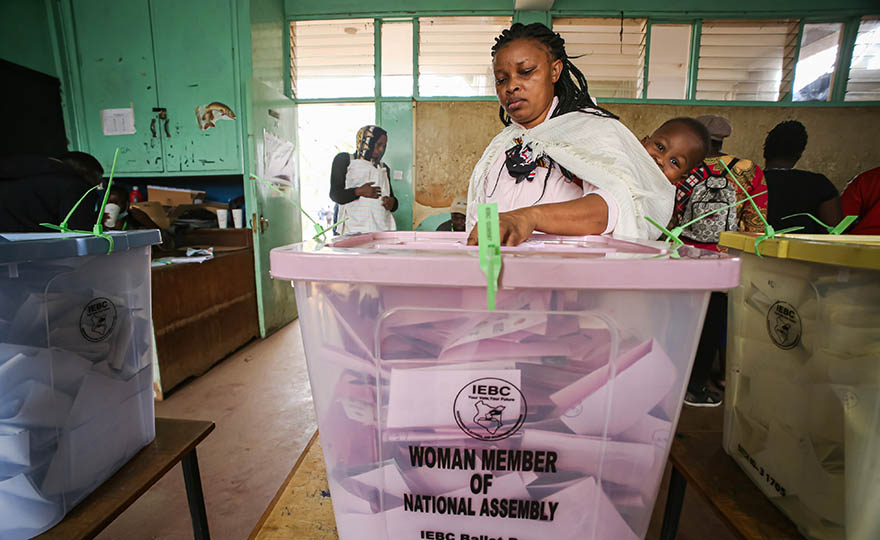 A Kenyan woman casts her vote during the general elections. On 9 August 2022, Kenyans voted to elect the president and deputy president, county Governors, members of the Senate, representatives of the National Assembly (including women county representatives) and members of County Assemblies. Photo: Boniface Muthoni

Despite an increase in the number of women elected, Kenya still fails to live up to a constitutional gender principle which guarantees one-third of the seats in elective bodies for women.

“Clearly it is not enough to have this quota. Perhaps an independent body should monitor its implementation”, says NAI Senior Gender Researcher Diana Højlund Madsen.

An increase of six elected women National Assembly members in 2022 pushes the proportion of women up to 23 percent (from 21 percent in the 2017 election), still far from meeting the two-thirds gender principle embedded in Kenya’s 2010 constitution.

Since its adoption in 2010, compliance with the two-thirds gender principle has been weak. The male-dominated National Assembly has repeatedly failed to enact broad implementing legislation, and the government has done little to apply pressure, according Højlund Madsen. 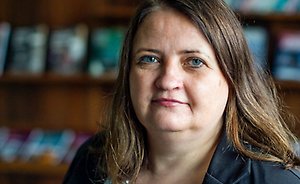 The 2022 elections results mean that Kenya still lags far behind other countries in the region with gender quotas – Burundi, Rwanda, South Sudan, Tanzania and Uganda.

“In this light, it is important to look into the actual workings of different types of quota. For countries looking towards the adoption of quotas as a one-sided solution, it is crucial to ensure mechanisms of accountability and potential sanctions for non-implementation”, Højlund Madsen says.

Gains such as seven elected women in gubernatorial elections, on top of the progress in the National Assembly, still do not reflect the massive efforts made by civil society for years to promote greater gender equality in Kenyan politics, according to Kenyan policy analyst Shillah Memusi.

“It is a small win; we have to acknowledge that. But it still remains unsatisfactory”, says Memusi. 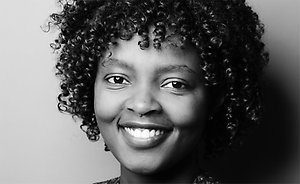 While quotas help to push up the number of women in politics, they do not automatically result in pro-women agendas – what gender researchers call substantive effects. While the constitutional two-thirds gender principle is ensured by law at County Assembly level, women rarely manage to win enough seats through elections. Instead, the requirement is met by using top-up lists of women candidates nominated by the parties.

“Who gets nominated? It is the wife and sister of so and so who lost an election and is being compensated by the political party. So you have the numbers to meet the gender quota, but these women are not necessarily driven by the need to push women’s agendas”, Memusi says.

Another barrier to women entering politics in Kenya is that voters still hold men and women to different standards, according to Memusi.

“To be honest, that is still a big problem. As a people, we are yet to fully embrace the fact that women and men can play politics the same way. It is not a level playing field”.

Fear of being subjected to sexual violence restricts women candidates’ election campaigns. In the most recent elections, while their male competitors walked from door to door even during the night, women would stop campaigning at 6pm because their security could not be guaranteed.

Another problem is semiotic violence against women, according to Højlund Madsen. This entails drawing on and reinforcing gender inequalities by using words and images – for example, labelling women politicians as prostitutes – and in some cases, body-related language — to injure, punish and subjugate women.

However, both researchers say that important progress in women’s political representation was made in the election.

“A lot of women retained their positions and there are a good number of new joiners. Many of them have promised to push for a more inclusive political space for women and for a more inclusive development agenda overall. If we go by that, then there is hope for real change”, Memusi says.

In Nakuru county, of the populous Rift Valley, female candidates were elected to eight positions, including governor, MP, senator and woman representative. Nakuru will play an important role, both as a source of inspiration for women politicians elsewhere and as a valuable case for studying the performance of women’s political leadership, according to Memusi.

“For the first time, we will have a case where your MCA [Member of County Assembly] is a woman, your MP is a woman, your senator is a woman, and your governor is woman. How will this play out differently from counties with a mixed or all male-composition? With time, say three years, we will know enough to do an objective performance review”, Memusi says.