Monkeypox is neither a gay plague nor an African virus 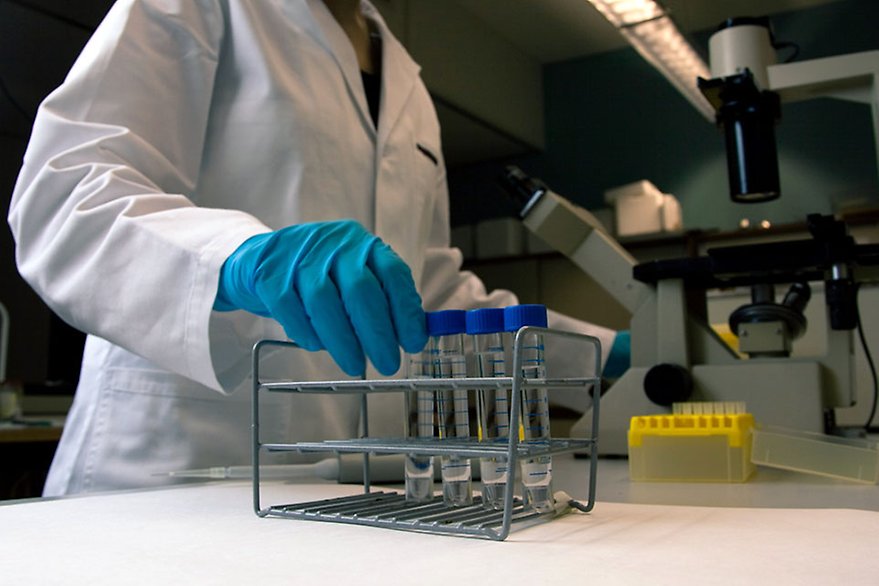 Despite many recent lessons from Covid-19, and increasing recognition that science is crucial to addressing public health challenges effectively, frustration and fear have been the immediate responses to cases of monkeypox virus. Alarmingly, homophobia and racism have echoed past patterns of responses to pandemics. This is dangerous, given that credible, factual and accurate reporting of evidence is essential to avoiding stigmatisation of victims, and implementing effective prevention and mitigation policies.

Calls to build back better, prepare for the next pandemic and learn from the tumultuous past two years are fuelling new research and policies. The lessons to draw from the experience of Covid-19 are extensive, complex and numerous. But an ugly truth from the past is rearing its head: public health crises are often shrouded in misinformation, conspiracies and scapegoating. This is a pattern that is repeating itself yet again with the recent spread of monkeypox, creating public and private discourses that are putting already vulnerable groups further at risk.

External link.. This was the first case in Europe in a long time. By 2 June, 436 cases have been confirmed in Europe

External link.. In addition, cases have been found in North and South America, Asia, Australia and Israel. All places where the virus is not endemic to the area. The virus is believed to have spread to these countries by infected travellers, many of whom had returned from West or Central Africa where the virus is endemic. Cases without connections to travel or travellers were later confirmed

External link., which could indicate the disease had been spreading undetected for a while already or reached a stage of community transmission. However, it is too soon to tell and there is not enough data.

External link.. Monkeypox spreads through direct bodily contact and the transfer of bodily fluids from one person to another. Consequently, the risk of another pandemic is considered to be extremely low. Confirmed cases in Europe have predominately been amongst gays, bisexuals, and men who have sex with men

External link., and they seem to have contracted the virus due to sexual contact. Sadly, all information before the previous sentence seems less relevant in many public discourses, forcing the UN, through UNAIDS, to denounce homophobic and racist coverage of the outbreak

The facts: diseases are not racist or homophobic

Common sense would suggest that the Covid-19 pandemic has prepared the world for another global health crisis. The past two years have forced countries, government agencies, people and whole societies to reassess, and reprioritise public health programmes, including developing new measures and resilience strategies for disease management and control. Medical equipment has improved, and widespread training and public education efforts have been conducted with these new priorities and strategies in mind. However, we continue to wrongly assume that diseases discriminate.

Blaming an outgroup or vulnerable community for disease outbreaks is tragically common, and has occurred throughout history. For example, during the Middle Ages, despite having nothing to do with its spread, Jews in Europe were frequently blamed for outbreaks of Black Death

External link.. Similarly, since 1524 Germans called syphilis “the French disease” because people believed it originated from France; the French called it “the Italian disease”, the Poles “the Russian disease”, and so on, leading to over 200 names for the

External link.infection over time. Eventually, a theory developed in the late 1800s that black Africans introduced syphilis to Europe during the Middle Ages. Homophobia, racism and scapegoating have been common in the past, partly due to limited scientific knowledge. Often, deadly and fast-spreading diseases were simply blamed on supernatural causes or vulnerable social groups. These explanations were first debunked more than a century ago. Yet, the same pattern of blaming minorities repeats itself. This has been evident with pandemics in recent decades.

The HIV/AIDS pandemic started in the 1980s in the US, where the disease had arrived in the 1960s but gone unnoticed. HIV/AIDS sparked off a global fear of queer people when it was discovered due to several cases of men who had sex with men who had contracted rare diseases and developed weakened immune systems. The reporting of the spread of HIV almost exclusively portrayed gay people as carriers, leading to stigmatisation of and violence towards the LGBTQIA+ community. Such perceptions persist today. The reality is that gay men are affected disproportionately, but not due to their sexuality; rather, due to physiological, sexual, societal and cultural factors

(Un)surprisingly, these factors also affect straight people. Consequently, addressing them has brought down infection rates, not just among the LGBTQIA+ community, but overall. As Western countries managed to get the disease under control, but infection rates in Africa were high – and remain so in many places – the narrative started to change from being a “gay plague

External link.” to an African virus

External link.” and a lesser understanding of HIV, leading to its spread. Perceptions like these remain, hampering important prevention and treatment efforts, due to old and untrue stereotypes of “the typical case

External link.”. Today, the spread of HIV/AIDS is still greatest in Africa and the average sufferer globally is a young woman.

An Ebola virus disease outbreak in 2014 hit international headlines and caused fear after the virus spread beyond Guinea, reaching Europe and the US. This outbreak was by no means the first of its kind: the virus was initially described in 1976 in what is now the Democratic Republic of the Congo and around 20 outbreaks have occurred since then. However, the 2014 Ebola outbreak received the most international attention. Media coverage quickly took on racist and homophobic dimensions, creating dangerous situations for many people. Students from Africa were sent home; black workers were forced to go on leave, and discrimination against foreigners increased overall in Europe

External link. and the US

External link.. A narrative of Africa as backward and dangerous quickly rose in public discourse. Simultaneously, in some countries, such as Liberia, the Ebola outbreak was blamed on the LGBTQIA+ community

The Covid-19 pandemic spread across the globe with exceptional speed, leaving no country or social group untouched. Consequently, the broad societal and global impacts of the virus should have made it clear, if previous pandemics had failed to, that anyone, anywhere could contract, and spread the disease. Yet, when the pandemic broke out Asian people were subject to violence and discrimination worldwide

External link.. They were held responsible, or treated as contagious, because the virus had emerged in Wuhan, China. US President Donald Trump's rhetoric, framing Covid-19 as the “Chinese Virus

External link.”, inflamed the situation. In many countries, the coronavirus pandemic was also blamed on the LGBQTIA+ community

External link. partnerships. Similar statements were made on the African continent; for example, in Malawi, Cameroon and Kenya

External link.. Social groups were singled out and accused of bringing the pandemic to the country, or of having caused it because they were “cursed”.

Similarly, recent reporting on monkeypox has already taken a racist and homophobic turn, as media all over the world, at the time of writing, have almost exclusively used pictures of infected black people in Africa when reporting on new cases, and linked the outbreaks in Europe to the sexual activities of bisexual and gay men. The reporting created a narrative where black Africans and the LGBTQIA+ community are the carriers and faces of the disease. This way of profiling it was quickly picked up by social media users and readers of newspapers’ comment sections online, urging women to exercise restraint when travelling in Africa or claiming that only (gay) men can be infected. Sound familiar? In addition, similar coverage can be found around other viruses and outbreaks, such as swine flu and bird flu. It is no coincidence; it is a dangerous pattern that reinforces racism and homophobia, despite viruses and bacteria not caring about or choosing their victims based on their skin colour, origin, ethnicity or sexuality – only people do that.

How the media cover and how government agencies inform people about disease outbreaks have a significant impact on public and private discourses. These agencies, journalists and news organisations are responsible for providing facts in a way that is understandable and truthful. While the recent cases of monkeypox have predominately been detected among men who have sex with men, and the virus is found in parts of Africa, it is not an African virus spread by gay men and bisexuals. Anyone can catch it and anyone can spread it. Most serious news outlets, organisations and government agencies are not deliberately trying to exacerbate racism or homophobia, but seeking to inform the public, including vulnerable groups. However, their reporting can be misinterpreted by news consumers or feed into pre-existing systemic biases.

Returning to the reporting on the recent outbreak of monkeypox, two things should be highlighted. First, visual aids, pictures and photos matter when presenting a story or text. They draw in news consumers and add information to the story. Consequently, almost exclusively using pictures of black Africans with sores and rashes when reporting on monkeypox cases spreads the idea it is an African virus or black people's disease. Second, headlines and content matter. Headlines such as “Monkeypox outbreak may be blamed on sex at European raves, WHO expert says

External link.” or “Monkeypox is spreading among gay men worldwide

External link.” create an incorrect impression, especially if people do not read the full article.

Additionally, emphasising possible connections to events linked to the LGBTQIA+ community in different aspects reinforces an understanding that they are the main vector of disease, and leads to statements and attitudes such as, “No need to worry, it only affects gays anyway”. Similarly, government agencies connecting increased risk of infection mainly with having sexual intercourse and multiple sex partners, while simultaneously linking it to almost all cases involving men who have sex with men, feed stereotypes and give the impression that monkeypox is a sexually transmitted infection, which it is not

External link.. Reporting which introduces unproven causal links or excludes contextual information contributes to a poor understanding of the facts, and allows audiences to make assumptions based on systemic biases, not evidence. In the case of monkeypox, when it is not explicitly mentioned that sexuality has nothing to do with contracting or spreading the disease, audiences can interpret the evidence to mean that it is a gay disease.

The dilemma lies in presenting the truth and informing vulnerable or susceptible groups, without causing them harm. But it is possible to do both. First, visual aids should be used thoughtfully, with consideration of what they represent and the context they belong to. Second, the choice and order of words and descriptions matters. In the case of monkeypox, descriptions of the virus as being transmitted at European gay sex raves are incomplete and unhelpful; whereas rigorous explanations that it spreads through close contact, including sexual intercourse, and current outbreaks are significantly affecting LGBTQIA+ people due to their small and close-knit social networks, are informative and evidence based.