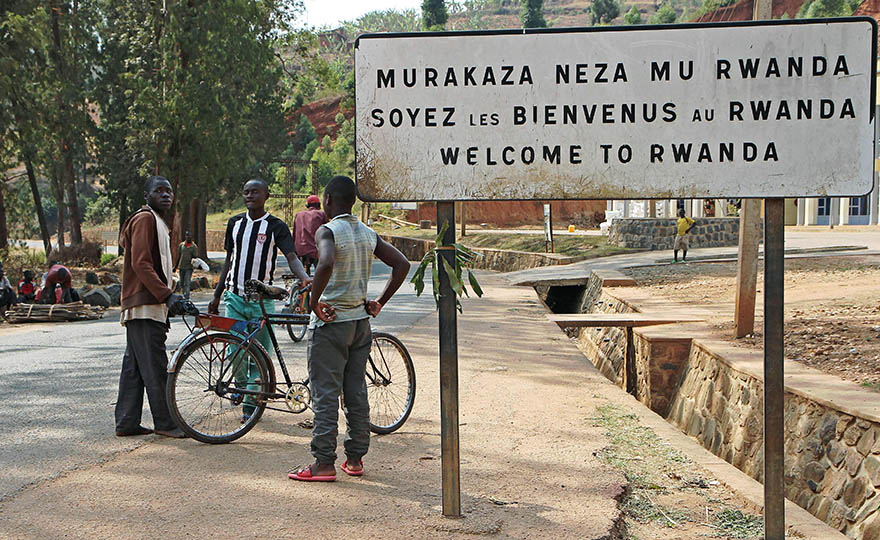 People stand by a placard reading "Welcome to Rwanda" in Akanyaru on the Rwandan side of the street located at the border with Burundi. Photo: Stephanie Aglietti

The term ‘forced migrant’ is not limited to refugees in camps or political asylum seekers. NAI researcher Gudrun Sif Fridriksdottir is studying a group of middle-class Burundians who fled to neighbouring Rwanda to escape unrest in 2015.

The unrest in Burundi began in April 2015 with widespread protests against President Pierre Nkurunziza, who was seeking a controversial third term in office. Burundian authorities responded with brutal and systematic repression against perceived government critics, which intensified after a failed coup attempt against Nkurunziza the following month.

In her research project, Fridriksdottir is focusing on a group of Burundians who left the country after a massacre on 11 December 2015, when security forces killed at least 79 people in the capital Bujumbura. 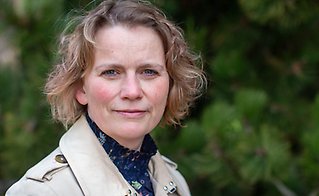 “For my informants, as for many others in Burundi, the massacre was a watershed event that made them decide to leave the country”, Fridriksdottir says.

She describes her informants as a group of university-educated men and women with good jobs – individuals with political opinions, but not activists. News of the killing or disappearance of protesters and opposition politicians during the first few months of chaos shocked them. But in the early stages of the unrest, they did not see themselves as potential targets.

In 2015, Fridriksdottir had gone to Bujumbura to work on her PhD dissertation on the reintegration of ex-combatants into society after the civil war, which ended in 2005.

“I had been warned that there could be outbursts of violence ahead of the presidential election, scheduled to take place in June and later delayed to July, but I never expected violence on such a massive scale”.

While conducting research in Bujumbura, Fridriksdottir made acquaintances among the capital’s upper middle-class community, people who would flee across the border into Rwanda after the 11 December massacre. Years later, this group and their experiences would offer a nuanced understanding of what forced migration can mean.

Fridriksdottir says that when she looked into the available research literature on forced migration, little work had been done on people who resembled her Burundian acquaintances.

“Most of the literature is on poor migrants. The people I met were fairly well off – they didn’t have to stay in a UNHCR [UN Refugee Agency] shelter, but they were also forced to flee and had a story to tell”.

Fridriksdottir says that to her, the coincidence in 2015 of the crisis in Burundi with a refugee crisis in the Mediterranean showed the need for a more nuanced picture of African migrants in general.

“In parallel to my daily interaction with Burundians who were debating whether to leave for Rwanda, Uganda or DR Congo, I was following media reports about African migrants going to Europe in these little boats. Judging from what you saw in the media, it was as if every African migrant wanted to go to Europe”.

In fact, for most people in Bujumbura’s upper middle class, Rwanda seemed like a much better option than Europe, she adds.

“They would say things like, ‘Why would I go to Europe and become a second-class citizen?’ By going to Rwanda, which is culturally similar [to Burundi] and where many of the migrants already had friends and contacts, they could maintain their social status”.