Gender equality beyond the numbers 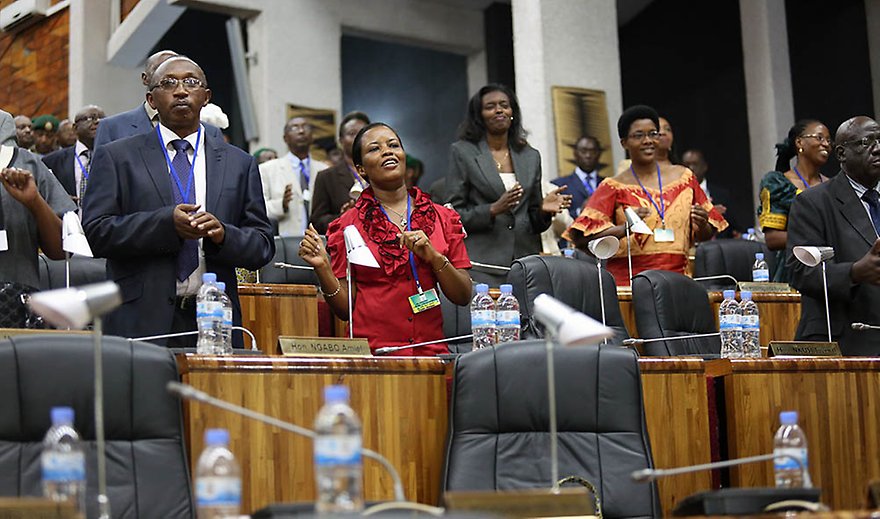 Rwanda Parliament, Kigali, December 2013. The National Dialogue Council, commonly known as Umushyikirano, a meeting where participants are able to exchange ideas, share experiences and question each other. Photo Rwanda Government.

Several African states boast high levels of female
representation in the legislature. But impressive figures do not automatically lead to real political influence for women, according to Diana Højlund Madsen, senior
gender researcher at NAI.

The increase in women’s political representation in Africa in the past three decades has mainly been achieved through quotas.

“It is an effective way of getting more women into parliament, which has immense symbolic value, but does not necessarily mean that a government is working towards transformation of unequal power structures”, says Højlund Madsen.

To tell a genuine pro-women agenda from mere ‘gender washing’, it is necessary to look beyond numbers and analyse how quotas are implemented. In some countries with high female representation, ruling parties effectively function as gatekeepers, keeping out women who threaten existing power structures, according to Højlund Madsen.
Research has shown that it is necessary to address informal institutions working against women in politics; gendered electoral violence and a politics of insults, ridicule and rumours, Højlund Madsen says.

She is conducting research on women’s political representation, affirmative action and gendered political violence in Ghana to provide policymakers with better knowledge about strategies for political inclusion and gender transformation.