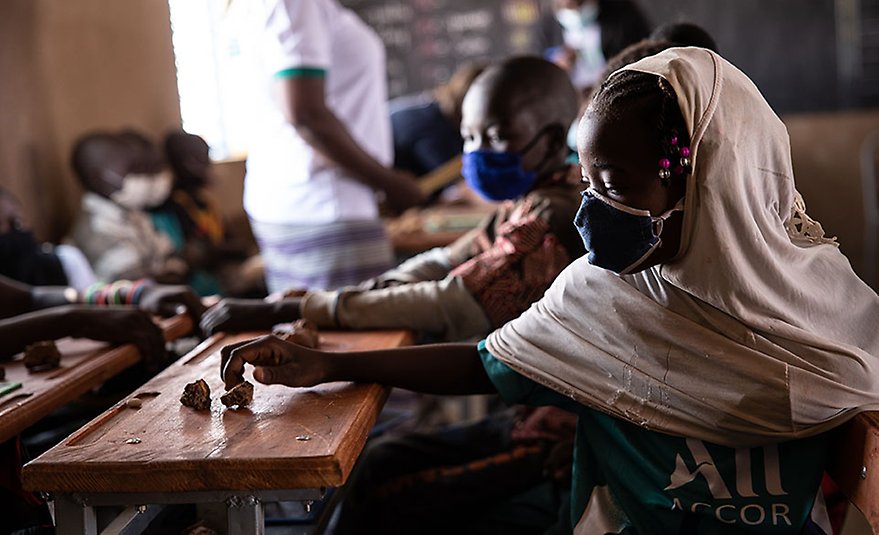 Africa’s large young population provides great potential for
long-term development. But to reap the benefits, governments need to accelerate investments in human capital and facilitate job creation. School closures during the Covid-19 pandemic have made the necessary transformation more difficult.

The UN has estimated that Africa will account for up to 80 percent of the world’s population growth by the end of the twenty-first century. Africa’s share of the global working age population is expected to rise to 41 percent, compared with 12.6 percent in 2010.

A shift in a population’s age structure, with growing numbers of people in the workforce relative to people who are either too old or too young to work, can boost economic growth. This is known as the demographic dividend.

However, according to NAI Senior Researcher Jörgen Levin the effects of school closures and other restrictions imposed by African governments during the Covid-19 pandemic could lower that potential.

For the demographic dividend to take effect, governments need to accelerate investments in education and health. Another key factor is gender equality, as equal access to qualified jobs for both men and women leads to higher growth, Levin explains.

In Uganda, where over 78 percent of the population is below the age of 30, both education and gender equality have been negatively affected during the pandemic, according to NAI Senior Researcher Viola Nilah Nyakato.

Pregnancies among girls aged 10-14 years increased by 366 percent during the first six months of school closures from March to September 2020, according to a report by the Ugandan chapter of the Forum for African Women Educationists.

“Increased numbers of pregnancies among very young adolescents are a huge setback. We are losing a lot of gains made in the past 15 years in the promotion of girls’ education and gender equality”, Nyakato says.