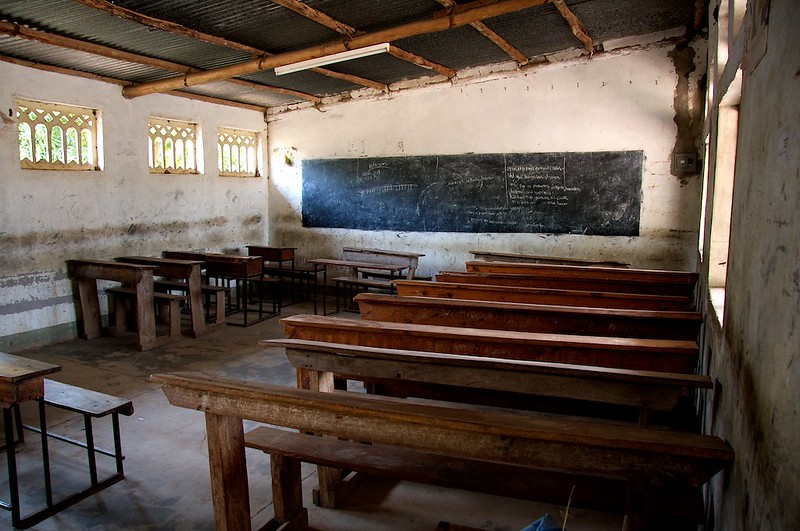 In Uganda, schools were closed for 83 weeks between 16 February 2020 and 31 October 2021, when they started to partially reopen. Photo: John O'Keefe

School closures during the Covid-19 pandemic have led to a sharp rise in pregnancies among girls aged 10-14 years in Uganda. The growing number of young single mothers may lead to early pregnancies also in the next generation, says Viola Nilah Nyakato, NAI senior researcher and sociologist.

Schools in Uganda reopened in January after what the United Nations Children’s Fund (UNICEF) has called the longest school closure in the world due to the Covid-19 pandemic. For many students, it was their first time back in the classroom in nearly two years.

However, many children in Uganda will not return to school at all. Households, with a pressured economic situation due to the pandemic, have come to depend on the extra income provided by working children, or can no longer afford to pay school fees.

Pregnancies are another reason for students dropping out. According to a report by the Ugandan chapter of the Forum for African Women Educationists (FAWE), pregnancies in girls aged 10-14 years increased by 366 percent during the first six months of school closures from March to September 2020. In groups aged 15-19 years and 20-24 years the increase was 25.5 percent and 21.1 percent, respectively. 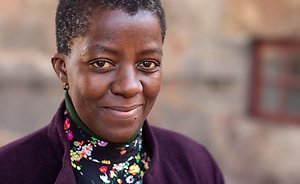 The extreme increase among girls aged 10-14 years is related to schools’ function as protective environments against sexual violence, according to Nilah Nyakato.

“Increased numbers of pregnancies among very young adolescents are a huge setback. We are losing a lot of gains made in the past 15 years in the promotion of girls’ education and gender equality. We had gained success in girls enrolling on the same level as boys and generally performing better than their male peers”, Nilah Nyakato says.

Girls who go to school are better protected against sexual assault and have the right to sexual education, she continues. However, teaching young people about sex is still a sensitive topic in Uganda. The country’s new national sexuality education framework was shelved in 2018, under pressure from religious and cultural leaders who opposed controversial sections about family planning, abortion and contraceptives.

“This means we still don’t have proper guidelines on sexual education for young people. Even before the Covid-19 lockdown I think many students were not prepared enough in terms of knowledge”, Nilah Nyakato says.

A young pregnant girl faces the double risk of being abandoned by her partner – and by her own family, who may refuse to take on the financial burden of supporting another child. This in turn increases the risk of another pregnancy as the young mother seeks a new partner to support her child.

“Girls who give birth early can no longer choose the path of empowerment: access to education, work, controlling your own resources and making independent decisions”, Nilah Nyakato says.

Traditionally, girls’ education was not valued in Uganda, she explains.

“Marriage was primary. Girls were kept at home in order not to be exposed to the risk of premarital sex and pregnancy. Parents would prepare the girls quickly so they could be married with honour and respect, at a good bride price”.

While girls’ school enrolment has increased greatly in the past 15 years, girls are overrepresented among school drop-outs.

“Some girls are pulled out of school because of marriage, others have to care for sick parents or look after younger siblings”, Nilah Nyakato continues.

According to her, the large number of single mothers as a result of the Covid-19 pandemic could have an intergenerational effect.

Teen mothers typically end up as single parents, in a vulnerable social situation that often persists through to their children, Nilah Nyakato explains.

“After getting pregnant they lose value and face increased risk of becoming victims of sexual abuse and gender-based violence”.

“There is evidence that if they are treated as a unique population with special needs they can go back to school. They have special needs in that they have to care for their children, and they have to work to support their child. If the community is not supporting but stigmatising these girls, they are not going to have a chance to successfully go through school”, she argues.

“The government of Uganda has been talking about a ‘second chance at education’ but has not yet explained how to do it”.

The second factor is about reinforcing existing laws criminalising sex with minors.

“The necessary laws are already in place but they are not enforced. Communities have to be safe for young people”, Nilah Nyakato continues.

The third is that parents need to take greater responsibility in giving their children knowledge about sex. Traditionally, the task has been entrusted to paternal aunties as part of marriage preparations.

“With changing family structures, parents need to be empowered to do it themselves. Also, research shows that sexual education given by parents is particularly efficient”, Nilah Nyakato concludes.

The Covid-19 pandemic has exacerbated inequality in global education, according to the United Nations Children’s Fund (UNICEF). While rich countries have provided remote learning for students, poor countries have had insufficient resources to do so.

In Uganda schools were closed for 83 weeks between 16 February 2020 and 31 October 2021, when they started to partially reopen. The new term officially started on January 10, but complications include schools or their grounds having been repurposed, zero student turnouts and lack of faith in the return of in-person teaching, according to the Guardian.

In Bolivia, India and Nepal schools were closed 82 weeks during the pandemic.