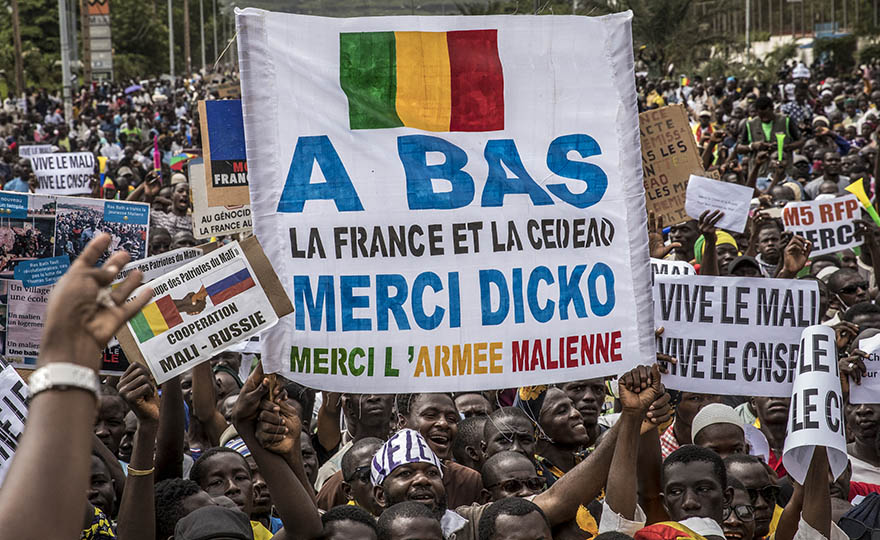 When will Mali get back on the track towards democracy? In August 2020, Malians marched in the streets of the country's capital Bamako to celebrate the overthrow of President Ibrahim Boubacar Keita. The main banner in French reads “Down with France and ECOWAS, thank you Dicko, thank you to the Malian army”, referring to Mahmoud Dicko, an imam who helped lead the movement against Keita. Photo: AP

With only half the country under state control, the rest dominated by jihadist rebels, it is difficult to see a path to democratic transition in Mali. After years of internationally supported military engagement, which has failed to provide security and development, Mali needs a broad political compromise between different groups in the country – including militant Islamists, researchers say.

The Economic Community of West African States (ECOWAS) set February 27 as the date for elections during negotiations with Mali’s ruling military junta on resuming civilian rule in the Sahelian country of 20 million people. Junta leader Colonel Assimi Goïta rejected the elections and instead proposed a five-year transition process that would end in 2026.

While five years would mean an unreasonably long political vacuum, it is not realistic to hold elections now given that half the population would be unable to vote due to the security situation, argues Morten Bøås, a research professor at the Norwegian Institute of International Affairs. 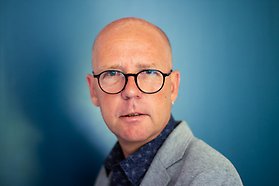 “More people must have the ability to vote for the election to be meaningful. An election which has little credibility among the population would actually damage Mali’s democratic transition”.

According to Bøås, it should be possible to achieve the conditions for elections in Mali in one of two ways. Either the state could regain more territorial control by military means, or it could engage in a negotiated process with jihadist rebels that allows for elections, including in areas under rebel control. Given the poor results of years of military engagement by Malian government forces supported by France and the UN, the only feasible way forward is to engage in negotiations, Bøås argues.

Furthermore, sanctions imposed by the EU and ECOWAS to press the junta to hold elections seem to have backfired.

“Sanctions are hitting the Malian economy hard, with rising costs for food and energy. Truck drivers and traders are furious that important trade routes are blocked. But people are blaming external actors for this – not Mali’s military leaders”, Bøås says.

Surveys conducted in Mali by a research team led by Bøås in October 2021 suggest that the overwhelming majority of Malians, including in jihadist-dominated areas, are in favour of negotiations between the country’s political groups.

“People cannot see an end to the conflict unless the fighting groups start talking to each other”, Bøås says.

NAI Senior Researcher Jesper Bjarnesen, also sees dialogue with jihadist groups as a necessary step for the government. However, while the military junta could in principle lead the process, a civilian transition council would be better equipped to do the job, according to Bjarnesen. 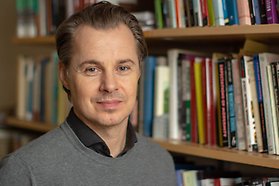 “The junta has succeeded in making itself the centre of negotiations on the future of the country. However, normalisation of military leadership is a dangerous development”, Bjarnesen says.

French President Emmanuel Macron announced in June 2021 that the French military operation in Mali would soon end. French forces would gradually be scaled down and merged into a broader international mission. Macron said that France could not work with governments that continue to negotiate with Islamist militants, a statement which angered the Malian regime. In January, the Malian junta made a deal with the Wagner Group, a Russian private military company, to help with security operations, a measure which could be seen as a direct response to French repositioning.

Lack of political vision and a single focus on tracking down terrorists, which have categorised the French operation since the beginning, has contributed to the deep divisions between groups and communities in Mali, according to Bøås.

“The fear is that even if negotiations were to start now it may be too late because the Jihadi rebels, particularly those that belong to [jihadist coalition] JNIM, have grown in strength in the past year”, Bøås says.

Bøås calls for a “realistic” approach on how to prepare for a democratic transition in Mali.

“All actors need to take a step back to create a more normalised political atmosphere in the country. This could help the [political opposition movement] M5 and other civil movements to sustain pressure on Mali’s military leaders to follow a timetable with milestones that need to be met before elections can take place”, Bøås says.

Bjarnesen argues that France’s steps to play a less central role in Mali are “good and necessary” since France “definitely has stood in the way of more negotiation and dialogue”.

Historically in the Sahel, communities of different faiths – Islamic, Christian and local traditional religions – have always co-existed and negotiations between those communities have been a natural part of Sahelian society, Bjarnesen says.

“Even in recent years, when the official line has been one of ‘no negation’ with jihadist groups, locally there have still been talks to find agreements on cease-fires and economic matters”, he continues.

First, the security situation needs to be improved through talks between the government and jihadist groups. Second, there must be structural reform of the armed forces, so long as national security forces commit crimes against civilians, you cannot expect people to respect the state. Third, a civilian-led transitional government should make the necessary preparations to hold elections.

“After years of violence and growing distrust between different groups, there are many obstacles along the way and the process could easily break, but a broad, inclusive transition to democracy is not impossible,” Bjarnesen says.