Aggressive election race in the shadow of late Kaunda 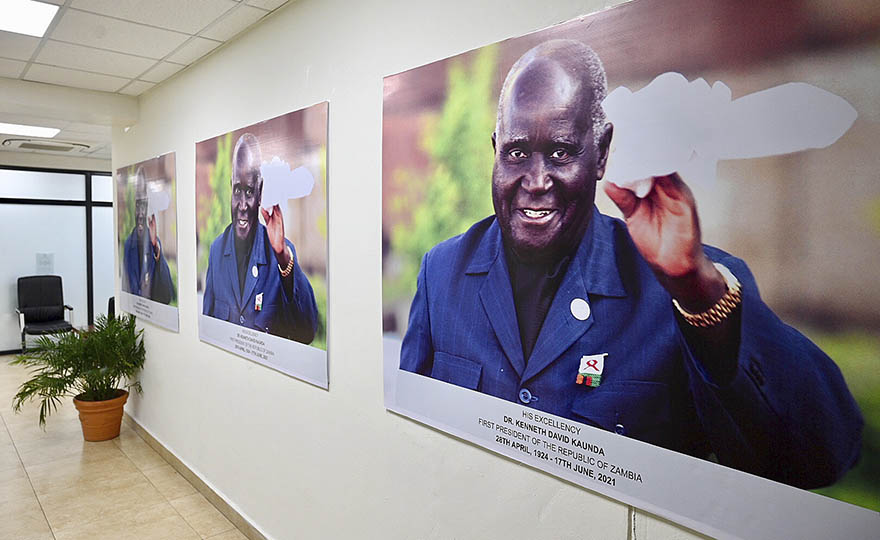 Images of Kenneth Kaunda during the state funeral service of the Republic of Zambia's founding president Kenneth Kaunda at the Lusaka Show Grounds, Photo: GCIS

“There are bound to be comparisons of judgement and leadership style”, NAI researcher Patience Mususa says of Zambia’s 12 August presidential election – scheduled to be held a month after the country’s first ruling president Kenneth Kaunda was laid to rest. The heavily contested election has been marred by violence and comes at a time when hospitals are being overwhelmed by Covid-19 cases.

In June, the country’s electoral commission enforced a ban on political rallies to stop the spread of coronavirus. Still, throughout the election campaign the two main parties have attracted crowds on different occasions.

“There have been allegations against the ruling party of dishing out money in informal settlements, which is one reason why these shows attract crowds”, says Mususa.

Under the incumbent President Edgar Lungu of the ruling Patriotic Front (PF) party, Zambia has seen a dramatic slide into authoritarianism, an economic crisis and high-level corruption. His opponent is Hakainde Hichilema – known as “HH” – of the United Party for National Development (UPND). He has already run in – and lost – five presidential elections, losing by a razor-thin margin in 2016.

The 2021 election is expected to be a tight race between the two.

“Both parties rely on these public shows. They have struggled to create a grassroots base through which they can mobilise long term, so theircampaigns rely very much on the spectacular, with the politician going out and about in the crowd”, Mususa says. 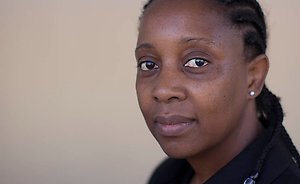 On 17 June, while the country was preparing for the August election, Kaunda died, aged 97. Kaunda is remembered by many Zambians for his belief in “African humanism”, non-violence and national unity. NAI researcher Bridget Bwalya Umar says that it is “inevitable” that people will compare the two main presidential candidates with the late “KK” as they compete to win the election.

Read more about Kenneth Kaunda in this text by Henning Melber

During the campaign, political cadres from PF and UPND have clashed, with deadly outcomes on several occasions.

“Political violence is fairly new in Zambia. It stands in sharp contrast to the vision of KK: non-violence and peace, and a unified country”, Bwalya Umar says. 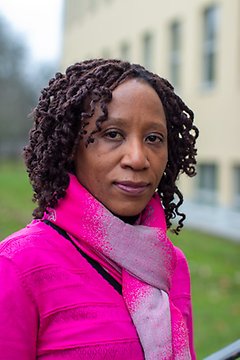 The deepening Covid-19 health crisis is also likely to make many Zambians miss the Kaunda era, before the wave of privatisation and slashing of the public health budget in the 1990s, according to Mususa.

The number of Covid-19 cases and deaths began to surge dramatically in June, reaching a peak of 72 reported Covid-related deaths on 1 July. Since then, Covid-19 infections have reportedly decreased to an average of 1,604 new infections per day – that is 57 percent of the highest daily average, which was reported to have peaked on June 27, according to Reuters.

However, hospitals in the capital Lusaka have still been overwhelmed, with oxygen in short supply and patients being turned away at the door. Zambia’s public health budget is smaller than recommended by the African Union as the threshold for spending on public health.

Covid-19 cases and deaths in Zambia

On 23 July, 188,573 infections and 3,162 coronavirus-related deaths had been reported in the country since the pandemic began.

The health sector’s inability to deal with the pandemic is likely to affect how people vote, according to Mususa. “The ruling party is seen as presiding over a major pandemic – over handling it badly rather than mobilising resources towards addressing it”, she says.

Whoever wins the election will need to secure a lending programme from the International Monetary Fund and restructure the government’s huge external debt of more than US$12 billion.

“This means there will be really tight fiscal space for recovery and a tough situation, especially for the country’s poor”.

Mususa says that government messaging to prevent the spread of Covid-19 during the first year of the pandemic was quite clear, however the country’s electoral campaigns have shifted and skewed priorities.

“Now Zambia is hit doubly by the internal failure to handle the Covid-19 pandemic, coupled with the structural inequalities worsened by the debt burden”. 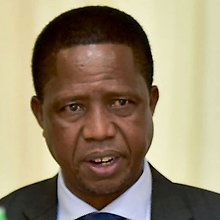 Edgar Chagwa Lungu (born 1956) has been serving as the sixth president of Zambia since 25 January 2015. Under President Michael Sata, Lungu served as Minister of Justice and Minister of Defence. Following Sata's death in October 2014, Lungu was adopted as the candidate of the ruling, populist Patriotic Front.

When Lungu took office in 2015, public debt stood at 32 percent of GDP. After five years under his rule, debt had ballooned to 120 percent while economic growth had tumbled to 1.4 percent. In 2021 the economic crisis has deepened even further.

Under Lungu’s rule, Zambia has also experienced a systematic erosion of the right to freedom of expression. Critics of the government have been charged with a wide range of offences including criminal defamation, incitement of public disorder and sedition. 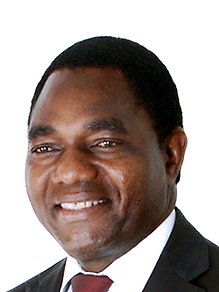 As the country’s main opposition leader, Hichilema has repeatedly been harassed and arrested by the government. In 2017 he was arrested and charged with treason after his motorcade allegedly refused to give way to the one transporting President Lungu. Hichilema strongly denied the charge, which carries a maximum sentence of death penalty. Jubilant celebrations broke out throughout Zambia when Hichilema was released from prison four months later. Former UN Secretary General Kofi Annan, congratulated the Zambian authorities for dropping the treason charges against Hichilema and releasing him.

Hichilema is also a wealthy businessman and the second-largest cattle rancher in Zambia.