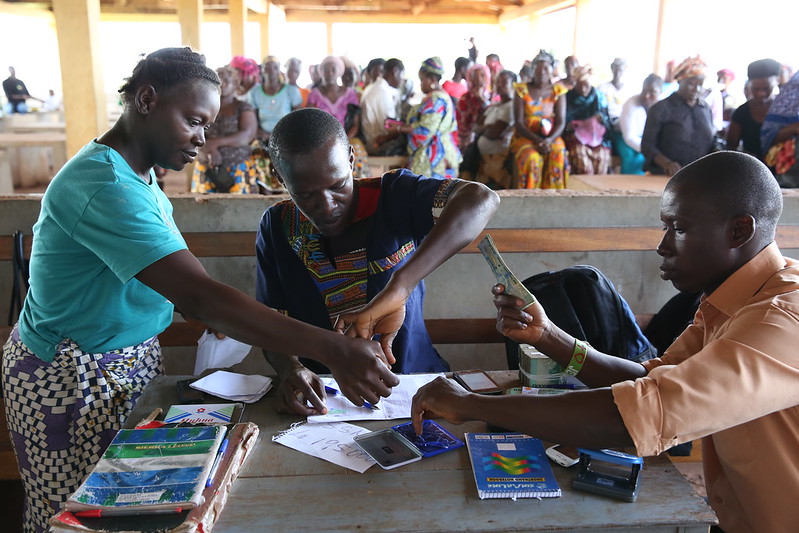 Strengthening the social contract is a challenge in unequal societies. This, says NAI researcher Jörgen Levin, is why African states must create simple, efficient and fair tax systems that are capable of redistributing public resources effectively.

States tax their citizens in order to raise revenue, which is then used to finance public services such as health, education, security and infrastructure. Thus, tax revenue and public spending provide a means of redistributing income and investing in the population. In effect, the system constitutes an unwritten agreement between a state and its citizens. 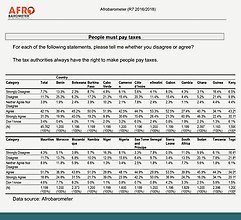 Willingess to pay taxes, in percent. Click to enlarge.

In most African countries, the service delivery side of this contract is poorly executed. While the natural assumption may be that this will lead to citizens showing greater reluctance in upholding their side of the contract, a survey by Afrobarometer

External link, opens in new window. shows that in fact respondents attach great importance to paying taxes. At the same time, another Afrobarometer survey reveals that citizens find the process of paying taxes overly complicated – the logic of tax systems can be difficult to understand and it is often unclear which taxes apply to whom.

According to Jörgen Levin, development economist at NAI and author of the new report, ‘Taxation for Inclusive Development 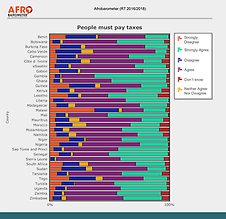 “While Swedish companies pay only five different taxes, those in Cameroon and Tanzania face up to 50 different taxes. The more taxes there are, the harder it is to understand the system, which in the end leads to less money being collected. And often, having paid a tax to the state, local tax collectors then come knocking at the door asking for another tax payment”, he says.

Not only is taxation difficult for taxpayers to understand, it creates an accountability vacuum.

“When different actors collect taxes it becomes unclear which tax is going towards what, and so who is accountable for the taxes being used accordingly. The first step should therefore be to integrate local and central tax systems. A uniform system minimises the number of taxes and reduces the risk of double taxation”, Levin observes.

While African countries could be more efficient at collecting taxes, Levin also points out that the tax-base is small. Thus, even if Mozambique, for example, were to increase its tax collection from 20 to 40 percent of GDP, the funds raised for distribution would still be moderate. Mobilising significant amount of revenue therefore requires a tax system that can exploit the tax-base while ensuring it continues to grow.

Countries that collect significant amounts of tax revenue focus more on taxing individuals than companies. However, given large sections of Africa’s population work in the informal sector, the region’s governments are generally unable to raise the levels of personal-income tax seen elsewhere. In 2017, African countries raised 19 percent of their overall revenue from corporate tax, compared to an average 9 percent for OECD members. 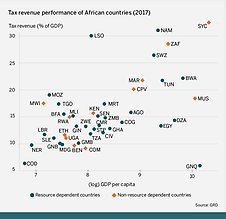 “Setting taxes high provides incentives to avoid paying them and may informalise the economy. But if taxation is relatively low and brings certain benefits, firms may perceive it as being worth their while to pay taxes and become formal. Being formal may ease access to the banking system, which can increase access to borrowing as well as reduce its cost. Another advantage is that formally registered companies are less likely to pay informal taxes”, Levin remarks.

It is generally difficult to redistribute income by taxes alone – rather, this needs to be combined with transfers on the spending side of the budget. Low tax revenues mean there is not much to redistribute. Furthermore, if an employer does not automatically deduct personal-income tax, the risk of tax evasion increases. Thus, in economies with large informal sectors, it may be difficult to increase tax revenue from incomes. In such situations, taxing non-moveable assets, such as property, may be an option. This, according to Levin, also has the advantage of being more likely to be progressive than an income tax. 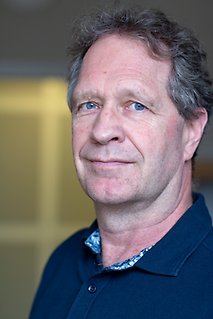 “A big fancy house would be subject to higher tax than a smaller modest one. However, it’s more difficult when it comes to apartments, as in the end it may be the tenants that pay the tax rather than the owner. All taxes need to be carefully thought through and designed to work as intended”, he points out.

A large proportion of tax revenue in African countries comes from indirect taxes, such as value-added tax (VAT), export and import duties. According to Levin, these taxes have both pros and cons. When it comes to the social contract, however, indirect taxation may be disadvantageous, as one seldom thinks of them as taxes.

“Someone buying an item for ten dollars at the store rarely acknowledges they have paid two dollars to the state. This awareness is much greater when funds are deducted from one’s salary slip. When it comes to creating trust in society, therefore, it may make sense to shift towards more direct, rather than indirect, taxes. On the other hand, this is reliant on taxes being used wisely. If they are not, raising people’s direct taxes can have the opposite effect of provoking dissatisfaction and a weaker social contract”. 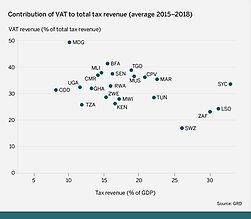 VAT raises a significant amount of revenue in African countries. People buying groceries at Maputo Shopping Centre pay VAT, whereas those doing so at a street market do not. And since people with lower incomes are often those shopping at informal markets, an increase in VAT would not directly affect them. The revenues collected from a VAT increase could, though, then be used to benefit the poor. On the other hand, sometimes a commodity is used as an input for another product, meaning an increase in VAT on the former can make the latter more expensive. Increased petrol taxes, for instance, often lead to protests and even riots, as poor people must then pay more for their bus fare to work, while the transporting of farmers’ produce becomes more costly. Even so, as Levin observes, “petrol tax is good for redistribution because those who can afford a car pay more. However, it requires functioning social cash transfer systems that compensate poor people also affected by the petrol price bulge”.

Few African states have the means to include the entire population in social security systems. It is estimated that in sub-Saharan Africa only about 10 percent of the economically active population is covered by statutory social security schemes. While employees in the informal sector may have limited access to state-delivered social insurance protection, they are more likely to rely on extended family insurance arrangements. One option for governments is to increase the tax contribution of formal employees as a means of paying for an inclusive welfare system that also benefits those holding informal jobs. The problem with this, according to Levin, is that it is the very companies that are supposed to grow and create more jobs that end up being the ones punished.

“It could mean they decide to switch to the informal sector, which would obviously be the complete opposite effect to what was intended. It is a problem that when African states want to increase revenues, it is the minority of firms operating in the formal sector that become victims. Mixed financing is practiced in some African countries. With regard to pensions, a transfer can be used to target low-income individuals, while those with higher incomes have sole responsibility for contributing to their health insurance and pension”, Levin notes. 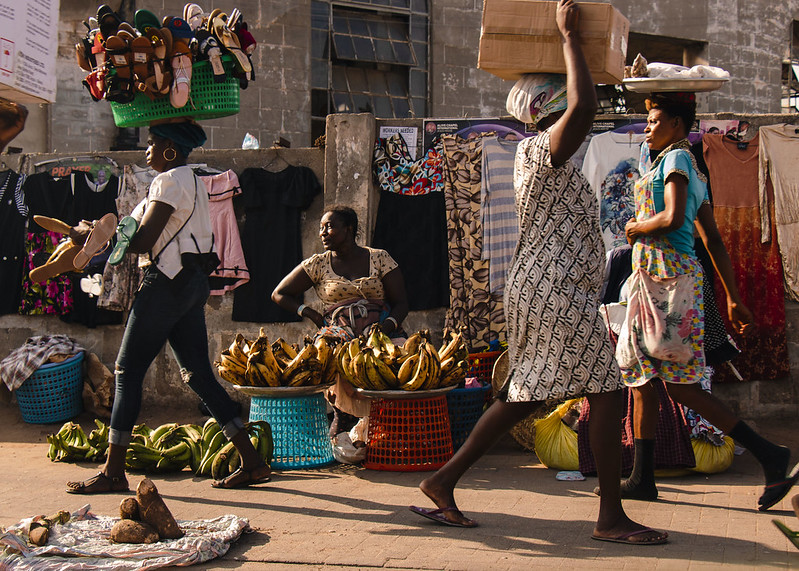 South Africa is one of the few countries in Africa with a developed social welfare system entirely funded by tax revenue. About 18 million people, almost a third of the population, are beneficiaries of the grants. Lena Gronbach is a PhD candidate at the University of Cape Town who has specialised in social cash transfer systems.

“The system was already in use during apartheid, but only applied to the white population. After independence, the extension of social cash transfers to the entire population has become a flagship of the ANC government”, she explains.

Despite South Africa being one of the most unequal countries in the world, these social grants make a big difference to many of the country’s households. While the child support grant is only a little over USD 30 per month, it reaches 12 million people and has positive effects on poverty. Pensions are higher, around USD 135 per month.

“This means that a grandmother’s pension may be the largest income in the household, as many younger family members are either unemployed or working in the informal sector”, Gronbach observes. 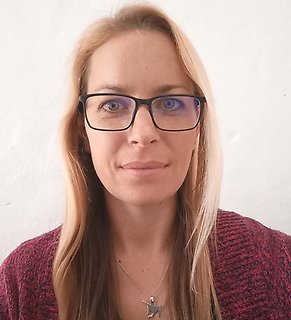 For the majority of healthy, working-age people who do not have jobs, no grants are available. While basic income for all has been discussed on several occasions in South Africa, it has never been realised. As Gronbach notes, however, the government did launch a special Covid-19 grant during the beginning of the pandemic, complemented existing grants as well as targeting the unemployed:

“It benefited those who are not entitled to any grant and always fall between the cracks. The Covid grant reached some 7 million people, and has re-ignited the discussion about a general basic income grant”, Gronbach says.

Basic income schemes are, according to Jörgen Levin, problematic. Given the entire population receives the subsidy, it is costly and involves a trade-off with potential alternative uses of the funds. Moreover, it is likely to have a reverse effect on income inequalities.

“Normally, wages rise at a faster rate than grants increase, thus widening gaps in society. On the other hand, basic income is a good tool for reducing poverty in society, though not inequality. It is better to identify those who really need social grants than to give to the whole population”, Levin says.

He argues that African countries must focus on expanding their social security systems, albeit with reasonable expectations:

“Some natural resource-rich countries do have the resources to scale up social protection programmes. Here, it is a question of politicians’ willingness to reallocate public spending. In other countries, low tax revenues put a limit on what can be done. Even so, it is important to invest in the fiscal capacity needed to develop an effective system of taxation and social protection: registers, control mechanisms and so on. When the economy grows and tax revenues are increasing, governments can scale up the payments”, Levin concludes.