Problematic for African governments to build trust in Covid-19 vaccination 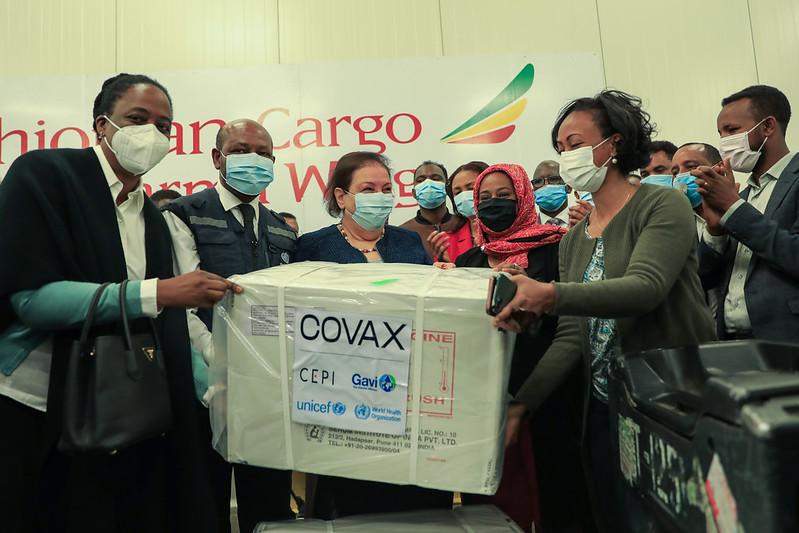 UNICEF, WHO and the UN together with other partners hand over the first Covid-19 vaccines to Ministry of Health of Ethiopia. On 7 March 2021, Ethiopia received 2.2 million doses of the Astra Zeneca Covid-19 vaccine via the Covax Facility. Photo: UNICEF Ethiopia

On 9 June, members of the World Trade Organization (WTO), agreed to engage in a text-based process around the question of Covid-19 vaccine intellectual property (IP) rights. In October last year, India and South Africa, launched a campaign to temporarily waive IP protection on coronavirus vaccines to boost supplies globally. While the US threw its weight behind the submission, the EU, Japan, UK and others opposed it.

The text-based negotiation means that countries will negotiate and work on the text of the proposal to reach an agreement on its scope and duration. Given that any waiver would require consensus of all 164 WTO member countries, the negotiations will likely proceed over the course of several months.

Until a deal on a waiver is reached, African governments will have to continue to rely on COVID-19 Vaccines Global Access (Covax) and other channels through which rich nations make donations of Covid-19 vaccines. Most African countries are still at the early stages of vaccination rollout, mainly due to shortage of vaccine. Globally, 24 doses of the vaccine have been administered per 100 people, but in Africa it's about two doses per 100 people. 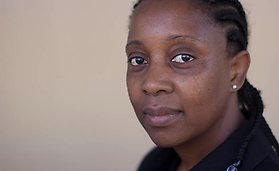 Furthermore, the uncertainty that comes with having to rely on donations through schemes such as Covax makes it difficult for African governments to build trust among their populations, says NAI researcher Patience Mususa.

She gives the example of her native Zambia, with a population of 17 million people, which received a batch of 228,000 Astra Zeneca vaccines on 12 April under the Covax programme.

During a trip to Zambia in May, Mususa asked Zambian health officials at a vaccine centre about when they were expecting a second batch of vaccine. They said they did not know when it would arrive, or whether it would be from Astra Zeneca or from a different pharmaceutical company.

“There is uncertainty on the part of African governments in terms of what they will get, when they will get it – and that in itself undermines their public health messaging – and contributes to hesitancy, because they just don’t know”.

Now the Zambian government has launched a “take the vaccine” campaign to address vaccination hesitancy among the population.

“But in a context where the government has little agency, it is very difficult to build trust”, Mususa says.

A study commissioned by the Africa Centres for Disease Control and Prevention on Covid-19 vaccine perceptions in 15 African countries indicated a significant proportion of people had concerns around vaccine safety.

On average, although only about 20 percent of respondents said they would not have the vaccine, the range of vaccine hesitancy varied from below 10 percent in Ethiopia, Niger and Tunisia to a high of 41 percent in the Democratic Republic of the Congo.

Data provided by The Conversation