Boosting industrialisation, dealing with climate change – or both? 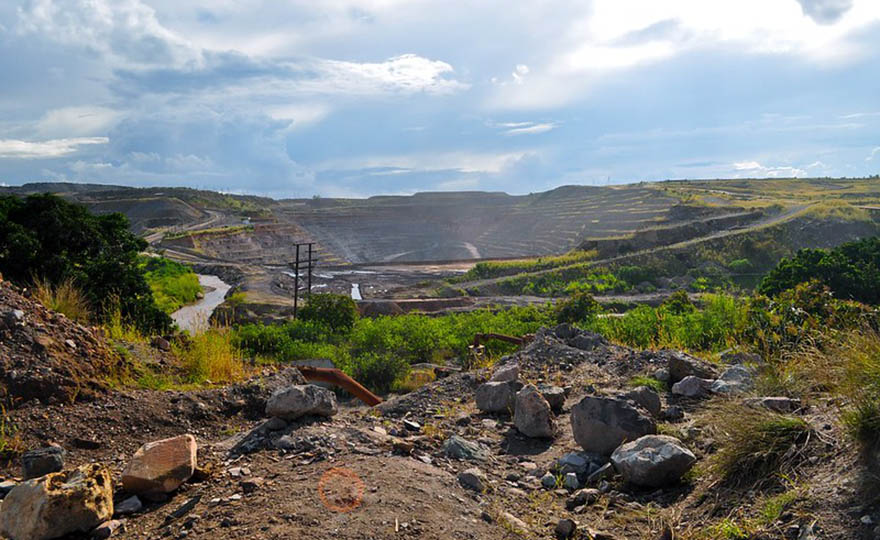 With its wealth of natural resources, Africa is well positioned for the world’s shift to a green economy. View from the Katanga Plateau, Democratic Republic of the Congo, where the company Union Minière du Haut Katanga, was involved in the mining and processing of metallic ores between 1906 and 1968. Photo: Fairphone

The green transition of the world economy entails great economic opportunities for Africa. The continent has a large share of the world’s cobalt, manganese, graphite and other minerals used for the batteries needed to store energy from wind and solar power.

With the right investments, Africa could industrialise its mining sector and increase its share of revenues as global demand for battery minerals grows. It would mean that the continent could break the “resource curse” which has held many African countries back since the days of colonial rule. But as consumer demand for electric scooters and cars grow, so does the realisation that there are not enough battery minerals on the planet to go around.

How to use non-renewable minerals responsibly and strategically, in order to improve life for as many people as possible, will be among the most important questions for business and political leaders in the coming decades. The challenges are particularly evident in Africa, the fastest urbanising region in the world, where many cities still have inadequate electrification and infrastructure. Faced with the needs to boost industrialisation and deal with climate change, Africa is at a crossroads. We have spoken to Antonio Pedro, director for Central Africa at the United Nations Economic Commission for Africa (ECA) and NAI researcher Patience Mususa to understand the different perspectives. 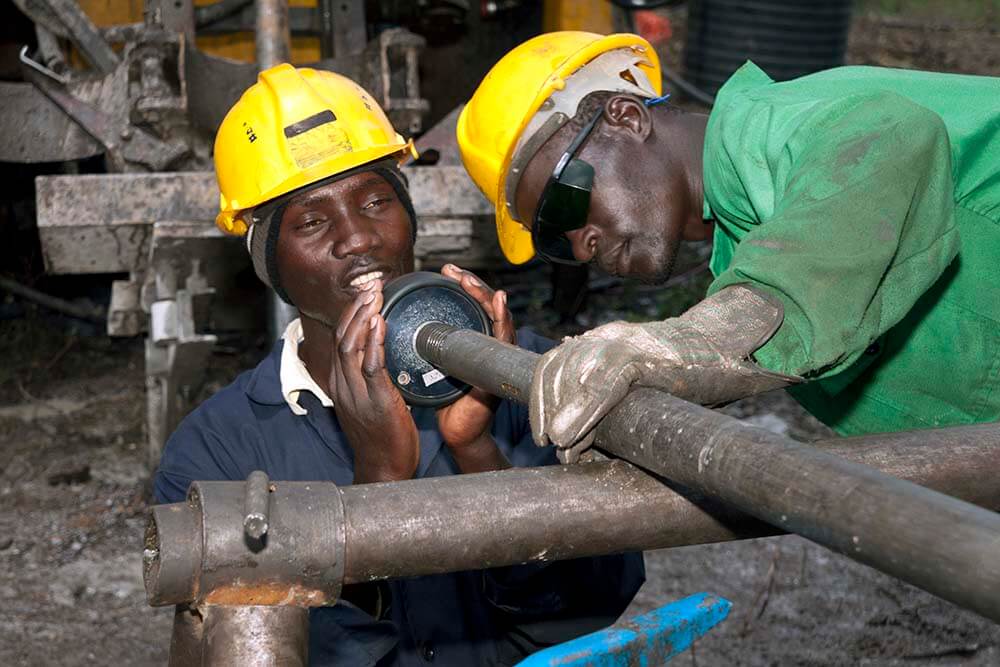 The pandemic has strengthened the case for Africa-based supply chains

A growing interest in localised manufacturing post Covid-19 is good news for African mining. With the right investments to promote industrialisation, Africa could significantly increase its share of revenues from minerals for batteries as the world shifts to cleaner energy.

Multinational mining corporations, like other international businesses, became painfully aware of the risks connected to disruptions of global supply chains when ports were closed due to Covid-19 lockdowns in the second quarter of 2020. Mining operations suffered interruptions when shipments of drilling machines, explosives and other equipment were stopped.

The pandemic has triggered an ideological shift among mining companies, according to Antonio Pedro, director for Central Africa at the United Nations Economic Commission for Africa (ECA). Disruptions during the pandemic have strengthened the case for localising mining production. There are signs that businesses are becoming more open to localising procurement as part of their business models, according to Pedro. 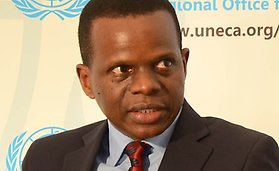 African governments, for their part, are becoming increasingly inward-looking as they seek to address the continent’s development challenges, he says.

“Covid-19 underlined the risks that come with being a net importer of food, pharmaceuticals and manufactured goods”.

The growing Africa-centrism among the continent’s leaders also has to do with the creation of the African Continental Free Trade Area (AfCFTA), launched this year, which is expected to speed up integration of African economies through liberalising trade regimes, Pedro says.

The global localisation trend, combined with growing African confidence, makes Pedro optimistic that Africa will be able to increase its share of revenues from mining. The prospect of African industrialisation appears even more interesting considering that the global race for battery minerals has just begun.

As the world deals with climate change and shifts to clean-energy solar-, wind- and hydropower, demand for African cobalt, manganese, graphite and other battery minerals is rising sharply. The company Bloomberg New Energy Finance estimates that the combined value of the world’s battery and electric vehicle markets will reach USD 8.8 trillion by 2025. With the number of electric cars globally expected to rise from today’s 3-4 million vehicles to 160 million vehicles by 2050, the potential for growth is enormous.

However, in their current position at the low end of the value chain, African countries get a very limited share of revenues. Pedro gives the example of the Democratic Republic of the Congo (DRC), which produces more than 60 percent of the world’s cobalt, but captures only 3 percent of revenues from the battery mineral industry as its operations are limited to mining and exporting raw materials.

The GDP of DRC (USD 50.4 billion in 2019) is only around 6 percent of electric vehicle manufacturer Tesla’s market valuation (USD 820 billion, 8 January 2021). By moving into fabrication of battery precursors and cells, cell assembly and, ultimately, the manufacture of electric vehicles, revenue could multiply by ten times or more, he argues.

Pedro has spent much of his career trying to figure out how Africa can free itself from the so-called “resource curse”. The resource curse, also known as the paradox of plenty or the poverty paradox, is the phenomenon of countries with an abundance of natural resources having less economic growth, less democracy, or worse development outcomes than countries with fewer natural resources.

Pedro spearheaded the formulation of the Africa Mining Vision (AMV), which the African Union Heads of State and Government adopted in February 2009 as the continental framework for sustainable development of the extractive sector in Africa. The AMV advocates for a mining sector that has strong links with the local economy, supports resource-driven industrialisation and economic diversification, and contributes to job creation and a growing tax base.

However, few countries have implemented the steps put forward in the AMV. African governments, similar to multinational corporations, have so far been more interested in maximising revenue than building links with the broader economy, according to Pedro.

To break the African resource curse, it is necessary to address issues of political underdevelopment in affected countries

“Collecting rents from raw materials is relatively easy. To pursue resource-driven industrialisation for medium- and long-term benefits is much more complex”.

To break the African resource curse, it is necessary to address issues of political underdevelopment in affected countries, according to Pedro.

“When governments get excessive rents from minerals coming into their coffers, coupled with a very thin tax base, it creates a cleavage between the governors and the governed”.

Pedro mentions the need to build understanding of political economy, and to assess and address power asymmetries as important factors to make development possible. Furthermore, the case for resource-driven industrialisation must be presented to those who live off mineral rents and society at large through “a very strong value proposition” based on growth diagnostics, he argues.

The AMV was focused on governments taking the lead, engaging in dialogue with mining companies and other stakeholders. Pedro stresses that broad conversations should include civil society organisations, as well as the emerging class of African industrialists. He mentions Nigerian cement billionaire Aliko Dangote as a model for financiers who could make “localisation of African mining value chains credible”.

He also stresses the importance of hard facts, based on advanced growth analysis, when approaching multinational companies about localising their operations.

“Armed with evidence, it is much easier to engage with mining companies and say, ‘my data shows that we are as competitive as any other company of this traditional global value chain’”, Pedro argues.

Africa now has a unique opportunity to advance industrialisation of its mining industry, according to Pedro.

“The imperative is much better understood because of what Covid-19 has exposed this continent to”, he says. 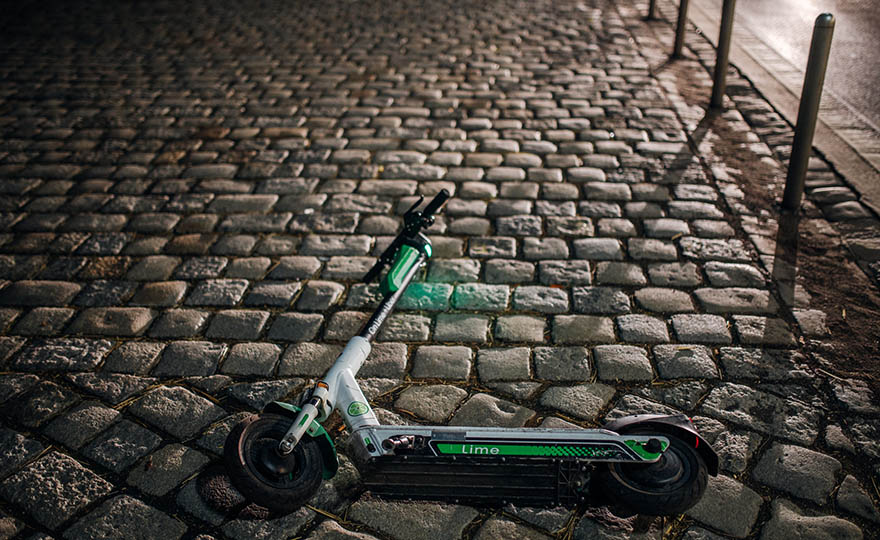 If every person on the planet would own an e-scooter and an electric car, there would not be enough of precious cobalt, lithium and graphite to go around. Photo: Ivan Radic

We need to start thinking longer term and more strategically about the use of mineral resources, according to NAI researcher Patience Mususa. The challenges are particularly evident in Africa, the fastest urbanising region in the world, where many cities still have inadequate electrification and infrastructure. 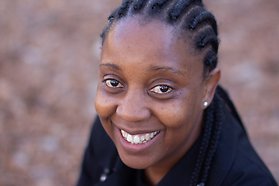 Mususa warns against over-reliance on battery minerals as a sustainable solution to the climate change crisis. Also, given that battery minerals are non-renewable and that global competition for the resources is intensifying, industrial and political leaders face two big questions, she says.

The first is about becoming less wasteful by prolonging the life of products and making parts more easily recyclable. The second relates to the use of resources.

“It really comes down to: What do people actually need?”, Mususa says.

If every person on the planet would own an e-scooter and an electric car, there would not be enough of precious cobalt, lithium and graphite to go around.

“We need to start thinking longer term and much more strategically about where these recourses go, what kinds of cities we plan, what environments we make”, Mususa says.

It really comes down to: What do people actually need

Africa has an opportunity to build green cities that do not rely on fossil fuel, according to Mususa.

With its wealth of natural resources, Africa is well positioned for the world’s shift to a green economy. However, under existing terms of trade Africans are giving away their resources easily by exporting them raw without refining, Mususa says.

Antonio Pedro and Patience Mususa were two of the participants in a webinar on “Minerals and Africa’s Development: Challenges and Opportunities”

This is why there needs to be a dialogue, and where Nordic countries could potentially play an important role, she says.

“The Nordics has small countries with a fantastic industry and knowledge base. It would make sense for them to partner and contribute to the creation of an industrial base in Africa to produce solar panels and wind turbines that could electrify health clinics and people’s homes – to create things that really help people in their daily lives”.

The region of Southern Africa alone has a total population of nearly 350 million people. A population that is expected to double in size within two-three decades.

“That is a huge market base to tap into”, Mususa says.