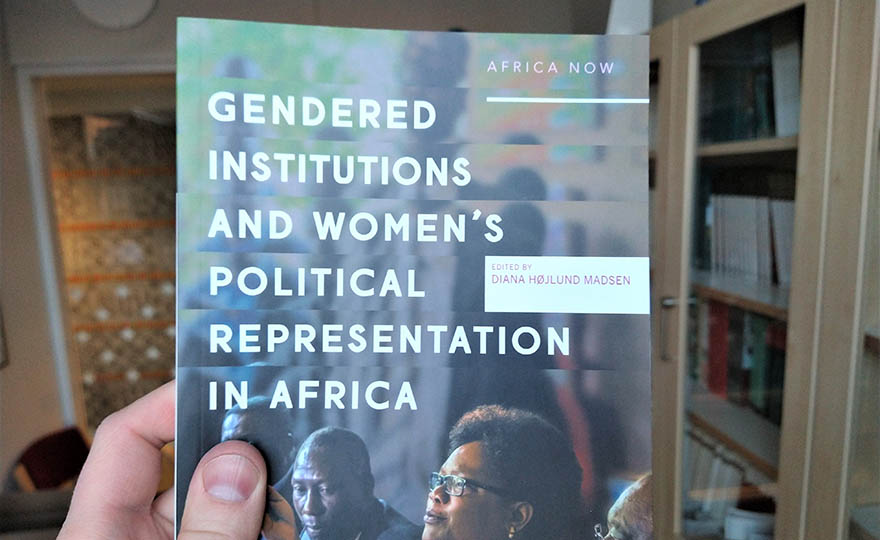 The book has both empirical and theoretical ambitions and is a first step towards developing an African feminist institutionalism.

Diana Højlund Madsen, Senior Gender Researcher at NAI, is the editor of the book, where eight prominent gender researchers, most of them based on the African continent, examine the uneven developments in women’s political representation in Africa.

Utilising a range of case studies they explore both successful and less successful countries in different regions. By mapping, analysing and comparing women's political representation in different African contexts, the book sheds light on formal and informal institutions and the interplay between them.

The book has both empirical and theoretical ambitions and is a first step towards developing an African feminist institutionalism. It re-excavates the past beyond the colonial, providing historical backgrounds with chapters on how women had different political powers in the past (e.g. the Nigerian chapter), and on the role of prominent women in the independence moments (e.g. the Tanzania chapter).

It also looks at the role of African feminism in reshaping institutions. More specifically, the focus is on ‘nego-feminism’ meaning the feminism of negotiation and no-ego linked to compromises and balance may be a way to renegotiate/regender institutions. Nego-feminism is also seen as useful for negotiating opportunities for empowerment for female political candidates.

A third aspect relates to the development of African concepts e.g. the “First-Lady syndrome” and “Politics of insults, ridicule and rumours”, linked to the understanding of gender, power, institutions and change.

Are you curious to learn more about the book? Read a related article: Women's political representation examined about how Kenya’s male-dominated parliament has stubbornly refused to comply with a constitutional requirement which would guarantee at least one-third of the seats for women.