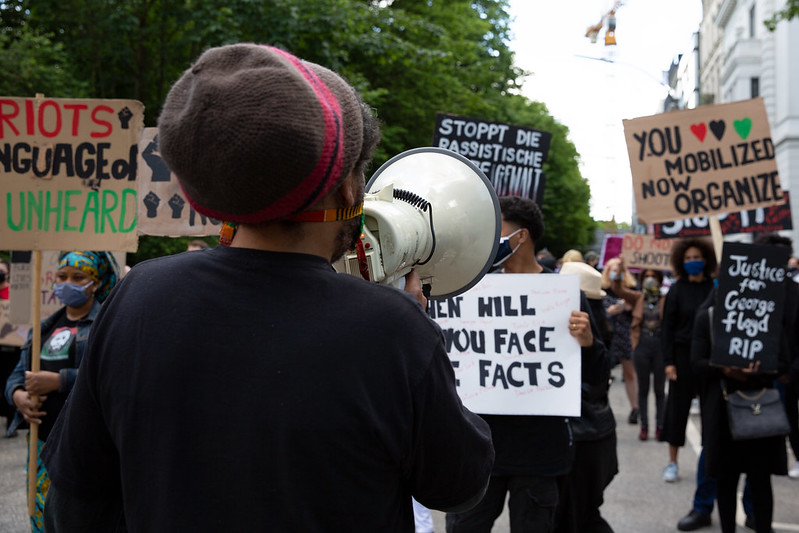 Anti-racism protesters demonstrating in front of the US consulate in Hamburg 5 June, 2020. Similar initiatives took place across Germany and were followed by discussions on social media about the German colonial past. Photo: Rasande Tyskar

As anti-racism protests sweep across the world, Germans debate how two of the darkest chapters in the country’s history should be remembered. While Germany is regularly commended for how it has taken responsibility for the Holocaust, the genocide in its former colony of South West Africa between 1904 and 1908 is something many Germans are unaware of.

After the death of Afro-American George Floyd in the US, tens of thousands of Germans took to the streets in solidarity with the American Black Lives Matter movement. Events were followed by discussions on social media about everyday racism and also, importantly, Germany’s colonial past.

In April, the invitation of Achille Mbembe, a Cameroonian philosopher and political theorist, as keynote speaker at the popular Ruhrtriennale cultural festival had sparked controversy. A deputy of the Liberal Party in the North Rhine Westphalia Diet, who was later joined by the federal government’s antisemitism commissioner, accused Mbembe of having denied Israel’s right to exist as a state, and of “relativising” the Holocaust by comparing the practices of separation under apartheid with the Palestinian situation.

These developments, which touched upon two of the darkest chapters in German history, laid bare an inter-generational difference between Germans. The fact that the majority of Black Lives Matter protesters were younger than the critics of Mbembe’s participation was no coincidence, according to NAI Senior Research Associate Henning Melber. 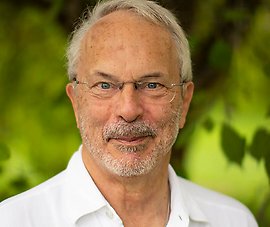 Melber is the son of German immigrants to Namibia. In 1974, he joined the anticolonial movement SWAPO, which fought a liberation war against South African occupation. As a researcher he has engaged for decades with Germany’s colonial legacy in former South West Africa between 1884 and 1919. Violent German rule led to a genocide of the ethnic Herero and Nama peoples between 1904 and 1908.

While Germany admitted to the genocide in 2015, according to Melber there is an unwillingness to transcend “the Holocaust guilt complex”, which has stood in the way of dealing with other injustices. Despite lasting twice as long as the Nazi regime, many Germans know little about their country’s colonial past.

The Holocaust trauma has also made Germans uneasy about questioning Israeli injustices against Palestinians. Scholars who do, such as Mbembe, risk being labelled antisemitic, according to Melber, who published an article on Germany’s “colonial amnesia” with Prof. Reinhart Kössler in The Conversation

However, those who have been joining the Black Lives Matter movement have different perspectives, he says.

“There is a new awareness, mainly among a young generation of Germans who have started to engage with colonial history. They have turned their engagement into numerous local post-colonial initiatives and also question their own socialisation as beneficiaries of white supremacy”.

Melber stresses that it is important to recognise the accomplishments of the student movement in West Germany in the late 1960s and the 1970s. They paved the way for far-reaching actions to come to terms with Germany’s Nazi past. For a long time after the end of World War II, former Nazis remained in public positions.

“The students identified them and started a public discourse. That was an achievement”, Melber says.

However, the predominance of dealing with the Holocaust legacy made it difficult to take on other injustices dating back to earlier times, according to Melber.

He says that there have always been divisions in Germany about how to deal with dark aspects of history. More recently, the colonial past has received more attention in the public sphere, which has provoked reactions in defence of traditional values.

“You have this new movement that questions the fundaments of Western society. It refuses to go back to business as usual and demands the correction of historical injustices. At the same time, others feel threatened by the re-assessment of previously unquestioned social foundations and the calls for change”.